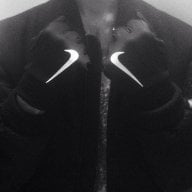 Hey everyone, wasn't sure what forum to post this on but hopefully this is fitting. Anyhow, very excited for the upcoming release of the new 3ds but concerned regarding the DSTWo-card. Been looking on many forums and searched quite extensively for an answer but haven't really found a certain one.

Should there be any issues using the DSTwo-card on a new 3ds xl at the time of release? Has anyone tried on the ambassador consoles, as in does it work for the time being? I've only seen a video of a japanese guy using it where he played snes/nes emulators which seemed to work but I would like clarification if actual DS-games work aswell.

Would still like to keep playing DS-games and therefor would not want to trade in my old 3DS XL if I can't use my DSTwo on the new console.

Very grateful for a straight up answer, thanks for your time!

it will work
U

My DSTWO works in my regular sized New 3DS so yes it will definitely work. I have been playing super princess peach.

Homebrew Please help me i think ive broken my 3ds

`Which screen does my New 3DS XL have?