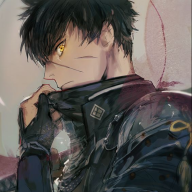 Some days ago I went through Plailect's guide to setup A9HL with Luma3DS and CFW sysNAND. Although I had some problems then, they were eventually solved and I got through the entire guide, and I'm currently on CFW sysNAND 11.0.0-33. Everything seemed to be working smoothly. However, today I tried using my DS flashcard on it (a R4i Gold Pro from r4isdhc.com) and it simply gives me a black screen. It was working before on both 4.5 and 9.2. First thing I did was trying to use it on my japanese 3DS (which isn't hacked in any ways and on 6.2.0). It worked flawlessly, so I concluded it wasn't a physical problem with the card itself.

I tried updating its firmware to see if it would work with 11.0.0-33, but it once again gave me the black screen. Then I did a quick google search, found this thread on Reddit and followed the instructions on the second reply to the first comment there in order to try and get it working again, but it was all in vain and I'm still getting the black screen. I tested it once again on my japanese 3DS and it was still working smoothly. So I decided to ask for help. I hope someone could give me a hand in solving this or at least shed some light on why things aren't working as they should.

Try restoring TWL_FIRM with this tutorial, as Luma3DS patches it to avoid the whitelist.
Reactions: ShadowStkr

Sounds like you went ahead with a partly corrupt nand like I did before. You can always go to that ISO site and download the 10.7 or 11.0 update files and "update" or downgrade with palisysupdater again.
Reactions: ShadowStkr

Robz8 said:
Try restoring TWL_FIRM with this tutorial, as Luma3DS patches it to avoid the whitelist.
Click to expand...

That worked, thanks! And thanks to the other member for trying to help me as well.

@ KenniesNewName: Psi gets a nickel each time he bricks something 41 minutes ago
Chat 0