Now that the Demo for Dragon's Dogma has been released and played by you, what would you rate it. Then tell me overall what would you give it, and if you will purchase it.
A

Ill add my info after my psn shop updates, or does someone know how to speed up this process. Thanks

andy26129 said:
Ill add my info after my psn shop updates, or does someone know how to speed up this process. Thanks
Click to expand...

The US PSN updates at random times, if you really want the demo now, you can create a JP PSN account and download it there.
A

andy26129 said:
Ill add my info after my psn shop updates, or does someone know how to speed up this process. Thanks
Click to expand...

The US PSN updates at random times, if you really want the demo now, you can create a JP PSN account and download it there.
Click to expand...

I have a JP account, but is the demo all english or parts only.

It's all in English according to people on Twitter.
A

Just finished playing and I have to say that this will be an Epic game. I love the music that plays in the background while fighting the eagle bird, love the action, and all the diffent moves that one character can perform. But I hope the graphics dont end up being the ones from this demo, because I believed they were better looking. Overall for the demo 4/5. A must buy for me if it gets a good review when it comes out. 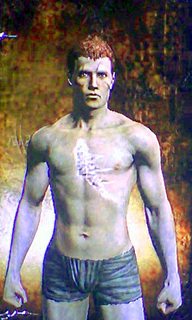 Finally gave it a run myself.

Graphics wise, demos usually aren't as good as the final game. Mass Effect 3's demo looks pretty average but the final game looks great for instance. But outside of textures and lighting, the animations were really jumpy and it has "BioWare syndrome" where they assume everyone is playing this on a goddamn movie theater screen so the text is basically unreadable to anyone with an average sized TV.

Controls, the game's very ambitious by trying to have (what I thought they advertised) Devil May Cry meets Shadow of the Colossus combat meets The Elder Scrolls but that kinda screws up the button mapping. I'd probably get used to it after a while. The tutorial was really shitty since I didn't even know you had access to special moves and could climb shit until the second demo.

Gameplay seems ambitious and I can see the influences they've been noting. I think it's pretty positive in terms of combat and stuff but I really don't know about the open world stuff since they put like no emphasis on it. I'm surprised they didn't take the route of Kingdoms of Amalur or Crackdown 2 in terms of demos and give you a set amount of time to explore the world.

Been waiting for this ever since the first trailer ages ago,
Only a little while longer now... 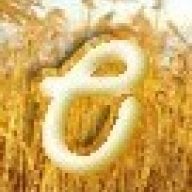 I was totally unaware about this game until less than a week ago (had heard about it, I thought it was another hack & slash action RPG, didn't bother to know more).

Just like many people here, the OXM video was what made me get very interested, almost hyped, in this game. Since then, I've researched about the game and it's my most awaited game. A nice surprise, to get to know such a game with such a potential just about one month from it's release date. That means I won't have to wait forever and be spoiled by too much hype!

C
EMF-Denial: Have patience with people around you