Hacking Did I just screw myself over?

So, I have two Nintendo Switches. One clean one with all legit games that I bought with my hard-earned money. The other being essentially the Homebrew/Emulation one that runs RetroArch until either it gets to where I like it to or until Lakka gets...all of the other, more basic benefits the former has.

Anyways, I left the dirty one in RCM mode as I was trying to transfer a lot of files, reorganize some stuff, and do some other things before plugging the SD card in and running the CFW. What I didn't realize and know until I looked it up later while at college (where I didn't have access to a computer with all of the Nintendo Switch stuff set up to send the payload and all that), was that, while I had my Switch running in RCM mode on the side (it took a lot longer than I thought it would to do the stuff mentioned in the previous sentence, and I had my Switch plugged into a portable battery to charge it like I normally do), is that for whatever reason, Nvidia, Nintendo, or whoever the fuck programmed everything in RCM mode set it so that RCM mode couldn't accept a charge, or it would, except that it would be really slow, or something from what I gathered looking at the autoRCM PSA thread. I had the Switch in autoRCM because I think I was trying to update the FW to 5.1.0 (which was, according to one post in these forums, the most optimal FW to be on for everything right now. I tried some of the homebrew like the Doom port and the Outrun one by MVG and it kept crashing the Switch). Now, I turned autoRCM off, put the microSD card into my Switch, and booted it into CFW. Thing is, upon doing so, I got a warning that my Switch's battery life was knocking on Heaven's door, and went to plug it into the one Switch dock I currently have.

Which leads me to where I'm at now, with a Switch that doesn't seem to charge, and, when I connect it to my main desktop PC, TegraRCM isn't saying "RCM OK!" I've heard that it could take up to two days of charging to get the Switch to boot back up out of this situation even though it did boot into Horizon when I went to push the power button to put it to sleep and quickly scrambled to insert the Switch into the dock slot.

So, based on the information up here, am I stuck with a dead Switch until I get a USB-C to USB-C PD cable from Amazon (as according to an update in the aforementioned PSA thread) or have to replace the entire Switch battery with a reliable one that lasts longer if there's an option for that out there?
Last edited by Silent_Gunner, Oct 12, 2018
C

you can never kill it per se, worse case is you open the switch up and disconnect the battery and then reconnect it.
Reactions: Silent_Gunner

charlieb said:
you can never kill it per se, worse case is you open the switch up and disconnect the battery and then reconnect it.
Click to expand...

Yeah, but from what I understand, if the Switch were to shut itself down while in Horizon, at the very least, I can still charge it. Problem being, every time I plug a charger in, be it the dock, my portable battery, or a laptop, the screen isn't waking up to let me know it's charging like it normally would. So I have a bad feeling that I screwed myself over big time, especially since I'm at college while on a leave of absence from work and REALLY don't want to spend money on getting some screwdrivers or multi-tools if I can avoid it!
A

I had the battery die while on RCM once.
I plugged it to the wall, waited for about an hour and was able to restart it.
Reactions: oblid and Silent_Gunner
C

just plug it in and leave it a day, you got nothing to lose.
M

Make sure you remove your joycons while its recharging, you'll find it goes a little quicker.
But as per other threads around here, you should have no issue just leaving it on charge for an extended period of time. Eventually it will come back to life.
D

Have you tried clearing battery stats in CTCaer hekate?
Then just plug it in for 12 hours and give it a good charge.
Reactions: Silent_Gunner

daedelus82 said:
Have you tried clearing battery stats in CTCaer hekate?
Then just plug it in for 12 hours and give it a good charge.
Click to expand...

Well, I'm googling "clearing battery stats in CTCaer hekate," but not seeing anything about it outside of old release threads on Reddit and these forums.

Happen to know how to do that?
D

Silent_Gunner said:
Well, I'm googling "clearing battery stats in CTCaer hekate," but not seeing anything about it outside of old release threads on Reddit and these forums.

Happen to know how to do that?
Click to expand...

Get the latest version of CTCaer hekate from github though, dont use this one. The option should still be there in roughly the same spot.

There is even an option under tools to dump all your battery information and health, if you want to know how your battery is performing.

Get the latest version of CTCaer hekate from github though, dont use this one. The option should still be there in roughly the same spot.

There is even an option under tools to dump all your battery information and health, if you want to know how your battery is performing.
Click to expand...

Oh, I see. Unfortunately, my Switch isn't powering on, and going through the usual thing of putting the jig in, holding the volume up and the power button down for a few seconds ain't doing anything on TegraRCMGUI, and I already got the device set up on my desktop PC with Zadig, so I got that covered.

Guess I'm gonna have to wait however long it takes for the Switch to hopefully charge to where I can power it on in RCM mode at least, get into Horizon, dock it, wait for a full charge, and then do anything.

You should be able to insert jig, hold volume up, and plug in the USB cable, it should appear in Windows (in RCM mode) as it’s getting power from your PC.
It won’t be able to boot to Horizon, but it should get to RCM fine.
Then simply send it the CTCaer hekate payload, go to tools, battery info, and wait whilst it charges.
CTCaer hekate implemented proper battery support, so I think it should be faster, plus you can see the status whilst it charges instead of a blank screen.

Update: when I plug the tablet part of the Switch in, it does light up for a split second, but I've let it charge for...like 6 hours or so, and every time I go to run TegraRCMGUI, it acts like it's not in RCM Mode. Hell, my PC doesn't even detect that the Nintendo Switch is plugged in, as it usually gives me a notification that it's plugged in with that Zadig installation step.

Should I just get some screwdrivers that no one is going to have laying around in their normal life and just take apart both of my Switches so the clean one can charge the damn battery? Because I've been trying various things and it's not reacting to much of anything at all other than this one thing I just happened to notice after trying to charge it via my desktop PC, then using the wall charger directly for at least 5 hours (there was a YT video that said that it'd take an hour to charge it to where you could boot it up), and that isn't doing anything, either. So, if this doesn't work, I have a bad feeling that I'm gonna have to open up both Switches just to charge what is, to be perfectly honest, a battery that goes out too damn quickly in this day and age. I know it's a dead horse that Switch critics have grinded to a bloody pulp, but I'd be lying if I said I wasn't pissed off with this shit right now. The fact that there are battery packs like the SwitchCharge to extend what should have been a reasonable battery life just goes to show that Nintendo seems to expect people to invest more than $300/350/however much whatever this new upcoming revision in 2019 is gonna cost to have a decent experience with the Switch. 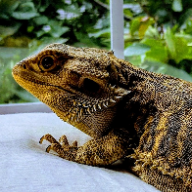