I've an Old 3DS with arm9loaderhax and Luma3DS installed and also Pokémon Y
installed on my console.
Yesterday my SD Card kinda crashed and my PC showed 29GB of unallocated memory.
I managed to restore files using a rescue-tool and found the Nintendo 3DS/XXXX/XXXX/titles/000055e0 folder in my rescued data (Folder names cant be restored so I don't have and option to just copy everything back due to the folder names in /Nintendo 3DS/.
I found in 000055e0 an app-file matching the size of Pokémon Y so I'm sure that this is the folder. Also there is a data/00000001.sav File inside.
I have access to PowerSaves and CFW as mentioned above, so is it possible in some way to restore this save file?
This old installation is broken, so I cant get any folder names out of it.

If it doesn't work, could somebody explain why (just out of curiosity)?
Thanks in advance. 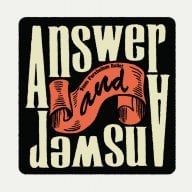 Well, I think that save file is encrypted. I don't know really how to help you, but if no one knows, you can try asking for help in the Project Pokemon forums too.

If you had CFW you should have made a backup of all your games with JKSM every once in a while. These saves are decrypted and can be easily restored if something happens.

EDIT: I think you might be able to restore it with SaveDataFiler...

Also check this out https://www.reddit.com/r/3DS/comments/3bb6kr/recovering_a_game_sav_file_help/cun7o3r that person had a similar problem.

Now, if your sav is corrupted, I think there's nothing we can do.
Last edited by Inochi.no.Zenmai, Jul 21, 2016 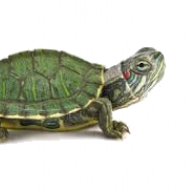 failing that perhaps
1. copy/replace the titles folder
or 2. reinstall poke y and copy/replace 000055e0 folder [except the game file(s)]
G

Thanks for the responses.
I spend a while trying those things (my only improtant save is Omega Ruby on cartridge so everything is fine basically) and the problem is the following:
Nintendo 3DS/XXXXX/YYYYYY ist the directory structure. while XXXXX remained unchanged for every new SD Card, YYYYY seems to be randomly generated,
as it changes everytime. I don't know enough about the encryption and stuff but there is also the db-files which have to kinda match the installed titles (as I said i don't know enough about this).

By the time I tried to recover the save files I could've started a new game on Pokemon Y, but I was curious if I could make it work.
I even tried to flash the encrypted .sav file on cartridge, extract it via svdt but it failed as no save data was displayed.
Also simply replacing the 00000001.sav file in the 000055e0 folder didn't work either so I guess there is some kind of encryption or check
going on but this structure is reeeeeeeally annoying and complex so I will just stop at this point.

I just hoped for somebody who could tell me a some tool to decrypt the save file and inject it with svdt or something like that but this doesn't seem to work out as intended.

Yea unfortunately decryption can only be done by the 3ds itself. Perhaps @JK_ can chime in on if the sav can be taken from the 'corrupted' 55e0 folder.
G

HyperT said:
Yea unfortunately decryption can only be done by the 3ds itself. Perhaps @JK_ can chime in on if the sav can be taken from the 'corrupted' 55e0 folder.
Click to expand...

I just noticed that several files I restored are corrupted.
Theme folders used by CHMM2 are just filled with random other folders and files seem to be invalid, so there is a considerable chance that the .sav found will not even be valid.

Last thing to try before giving up on it is to load up JKSM and delete the secure value.

But yea it's likely corrupted

M
Restoring a 3DS Save