Hello,
I'm sure like many people, I have an updated primary switch and low firmware switch that's just sitting collecting dust for whatever future coldboot hacks etc. there are.

Anyway, I hear the Nvidia Shield is the only small android device capable of running a plex server that can do transcoding.
Considering the switch at the same(-ish) processor, would it be possible for it to be a full fledged Plex server running Linux?

I'd rather not buy an Nvidia Shield if I don't need to, and I don't want to dedicate a full PC to it if I don't need as that just seems like a waste of electricity.
Plus as mentioned above it would give the other switch a purpose for now

Yes theoretically but you're going to kill the switch quick doing that. Use a pc if you can

Can you think of anything else you might do on a computer e.g. file server?

If you can this could be a better long term solution and I suggest looking into running PMS on ARM Linux first as it looks like e.g. transcoding may not run that well. 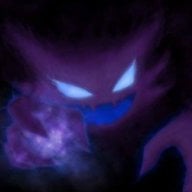 Ending the spread of bullshit one thread at a time

I don't see why not. Being a person that recycles old things into new useful things like servers, I don't see how using the embedded architecture of the switch as a server would "kill it" as some people said. Although there are much better alternatives at your disposal.

And you can put it in almost anything!