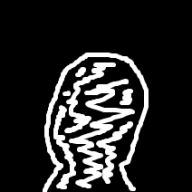 Some of you guys maybe saw my last thread where I was asking for help running Persona 2 Innocent Sin on WiiSXR (Wii U Ps1 emulator) but I failed to get even one single answer. I wouldn't stop there, I tried looking for other ISOs, and I found one that actually let me play, but here comes the problem. I was able to play through the whole intro on the school, look for the proffesor and even got to Lisa, and here is when it happens, after the cutscene, you get to Eikichi's headquarters where he is helding this girl from your school, all it does is take me to a fight where Teikichi says "Show yourself, Grim Reaper" and then the game freezes, you can hear a very long japanese conversation, but then it's stucked for good. I tried, changing the processing mode from dynarec to interpreter, enabling frame skipping and turning off the FPS limiter. None of that worked, so my conclusion is: Even if in the WiiSXR's wiki says that the game does work, it doesn't. Don't loose your time with this if you just installed WiiSXR to play persona 2 tsumi innocent sin like I did, most of the games I wanted to play with this emulator like Resident Evil don't work either, so I guess I'll just stick to Crash and Klonoa and maybe download symphony of the night when I run out of games for Wii U.
I don't know how well it works eternal punishment, but I think they haven't been tested properly, all the info they give on the wiki page is "I walked around the first Area. Full Speed. Good Audio. Very Playable."... I think these games should be fully tested before saying they fully work, or at least play the core parts of the game like I don't know the actual battle system? Anyways, I thought I would share so no other megamiten fan would fall for this.
I don't have any hopes on anyone knowing if there's an actual way of making this work, so I guess I'll just try the PSP port on a emulator instead. 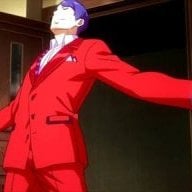 You're free to edit the wiki yourself.

If you don't like how the wiki works, you can make your own too.

Gourmet said:
You're free to edit the wiki yourself.

If you don't like how the wiki works, you can make your own too.
Click to expand...

I don't have a trouble with the wiki I just believe people should fully test games before saying they truly work. I've seen other games being more specific on the matter.
EDIT: Or as I mentioned on the main post, testing the core mechanics.
Last edited by organbadger, Jan 9, 2018