Hi, I'm really new to homebrew development and trying to compile the makefile from the directories,

C:\devkitPro\examples\3ds\graphics\printing\hello-world
and my own project with the Code: Blocks method, which is Desktop\3DS_PROJECT_PC

But for some reason I have issues compiling it. For instance, in cmd and msys2, I can direct it to my directories and press "make", both compliers would give the error.

But I don't understand because I didn't put spaces in my folder at all. I even tested it out and put my Code: Blocks project and the makefile into

Is there a solution to solve both problems or at least either one? Here's my folder structure if you need to take a look Thank you in advance 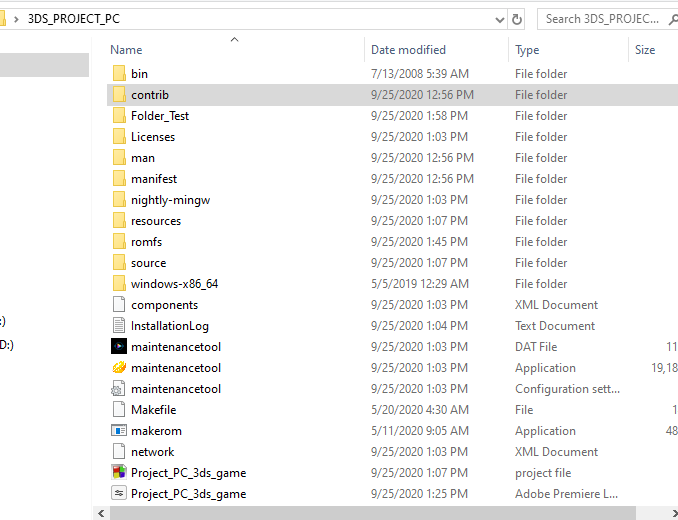 E
Homebrew Where do I need to install Citra to make it run automaticly on Code:Blocks?

Nintendo 3DS Sep 29, 2020
El_Scorcho
E
E
Homebrew Can anybody tell me what I did wrong? Makefile Error 2