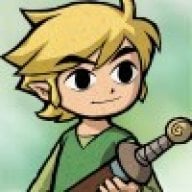 Skyrim was anticipated in portable form, regardless of age. But has BOTW's open world extravaganza (with Thor style lightning strikes!) taken the air out of Skyrim's Sales Windwaker style?? You can't climb in Skyrim! I'm not sure I want to play Skyrim anymore after BOTW.
Last edited by Gadd, Mar 15, 2017

seriously, Skyrim has been out for years and everyone who wants to play it has already played it through and through
what's the appeal about playing the same game all over again? is there any particular addition to the game or is it just a dumb port?
Honestly I am a huge Skyrim fan but I just don't see the appeal. Add some exclusive features and quests and it could be a system seller to a small extent. Make it a dumb port and you won't be getting a lot of hype.

Who even gives a shit about skyrim anymore. It's a really bad game by todays standards honestly...I can't stand the combat even with heavy modding to try improve it.

It's pretty much just tradition to shove skyrim onto everything now.
Reactions: Bladexdsl 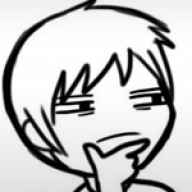 Gadd said:
Skyrim was anticipated in portable form, regardless of age.
Click to expand...

It was? If there were anticipaters (anticipationers? anticipients?), I would think they've played that years ago on laptops.

Either way, there's good news and bad news on this situation. The good news is that skyrim currently has a release date of fall 2017. By that time most gamers will have played Zelda enough to give other open world games a chance.
The bad news is that by that time the smach z should be released. Which means that those who really want to play skyrim on the go (without laptops) will probably just play their steam version (with all their achievements and/or mods) on the move. Or any of the zillion other games available on PC.

I was going to say something in the lines of "the devs don't care so much about sales but as to what problems they might face when porting to the console", but that doesn't explain the late release date.

Hells Malice said:
Who even gives a shit about skyrim anymore. It's a really bad game by todays standards honestly
Click to expand...

Gaming The Story of the Switch - A Year in Retrospect