Heya! I've been trying to get the game Battle of Giants: Dragons working on DesMuMe, Everything seems alright, the overworld and the first cutscene are rendering alright, but when it comes to battle, the top screen goes completely black, and anything that should be rendered in 3D on the bottom screen is black as well.

It is quite strange, it seems like there is a black layer on top of what should be rendered in 3D, as I can sometimes see a tiny portion of the battle going on under all of it on a single layer of pixels, and when I try to switch between 3D renderers, it disappears for a moment and then comes back.

Thank you so much in advance! 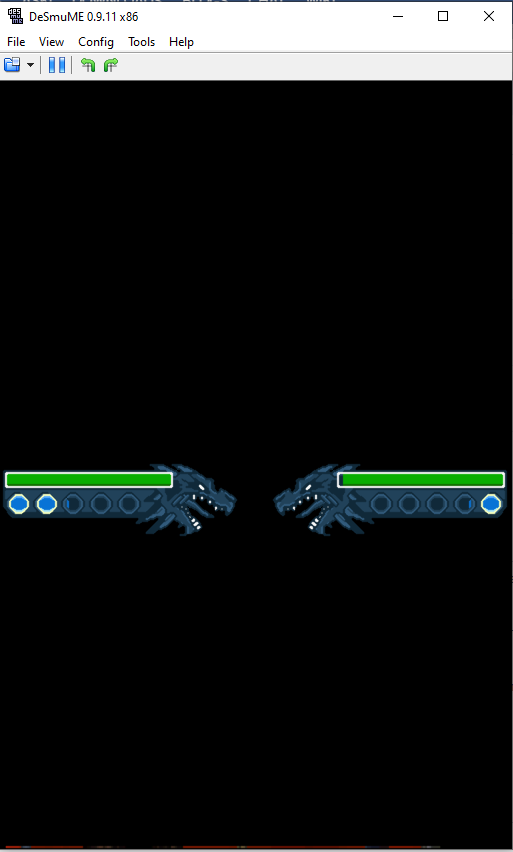 Anyway I seem to recall this game being either in a complicated anti piracy setup or maybe a bugged game list (as in flash carts have fixed onboard). Might be related to that.

@ KennieDaMeanie: What 45 minutes ago
Chat 0