This question probabbly have been asked countless of times but I'd like an up to date answer.
So far I've only tested MPlayer CE, which is pretty good though It isn't that fast.
I'd like a detailed reply, rather than "??? sux" or "??? FTW".
My system is 4.2E, and I'm using an external hard-drive (Seagate) for playing files, though I'd be happy to have something which can play DVDs on some other way than MPlayer CE.
Thanks in advance!


My main credentials in a media player are compatibility and playability. I have quite a bit of an exotic movie database, and from what I've read at the time I was looking for the best one (about 6 months back), MPlayer CE came out on top. I've tried DragonMedia player, but while it had a cool interface, it was a hassle to setup and (iirc) didn't have USB support. As such, I would only advice to use it for MP3 playback (I'm not even sure it CAN play movies).

MPlayer CE doesn't have that look*, but it more than makes up by USB support. It also allows for just about the greatest amount of codecs and drivers.
Not that fast? Hmm...if you're trying to load high definition stuff, you're right. According to the makers, this is due to the hardware limitations of the wii (and as such, no other loader's going to be much faster). For regular DVD's or Divx movies, it just takes a while to buffer before it just plays the entire thing.


*that one is still being worked on...do a search for wiimc, if you want more info.

Thanks for your thoughts!
I don't try to play HD, just plain .avi files, though I don't know if they can be HD.
Though the most of my problems should be gone with an update, haven't had my SD out of my for ages xD .
The problem isn't really slow playback, but slow loading when browsing for files...
Also, my stupid external hard-drive goes into sleep mode, causing things to happen, the most common would be that the playback suddenly stops.
Then I have to plug it in and out, wich is really annoying...
More thoughts please 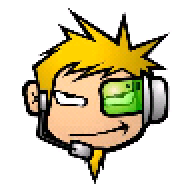 ive been out of the scene for a while but I still very much like GeexBox, its easy to use and plays all of my movies/tv shows without issue.

A
Hacking Can USB loader GX accss GUID drives (or only MBR ones)?

Gaming Wii controls - the best and the worst