Hacking attempt to use external hard drive for use with wii

After receiving my tax refund , i went out an bought a usb hd enclosure , found a fairly inexpensive one at a local computer store ...
http://inlandproduct.com/u-jam35harddrivee...umber08410.aspx

Ok had an old 80 gig hard drive , a hitachi deskstar ide harddrive , configured the jumpers , installed the harddrive into the enclosure, worked like a charm ... in windows! Formatted the drive as fat 32, set an active partition, and then attempted to use wbfs manager to format the drive to wbfs , wbfs manager said the drive was formatted succesfully.

I then downloaded onto my sd card a copy of usbloader gx , r921, renamed r921.dol to boot.dol , hooked up my external drive to the wii , and then ran usbloadergx on my wii through homebrew channel , however gx did not see the drive.

I have a 4.1 wii with preloader .29 , hombrew channel , usb loader gx as a channel , cios 249 is version 17 , and installed ios 222 , 223 from hermes installer. I have tried numerous ways to hook this drive to the wii , ive attempted to ... (also have tried all these situations in both usb ports on the back of the wii)

1. power on the wii , then power on the hard drive when usb loader gx was looking for the drive and vice versa
2. power on the wii then insert the usb cord after gx was looking for the drive , i would get to the loading... screen , but then the system would hang (also the ring led light would start flashing intermittenly, remove the usb cord at this point would make the ring light flash 3times in a row intermitenly)
3. I left the partition on the hard drive as fat 32 , because the web page for gx says that u can use the hd also in this manner , but gx stilll doesnt recognize the drive or hangs

Ive looked at the compatibility page for the enclosure and the hard drive but didnt find them there as well. I admit its entirely possible that the drive , usb enclosure combo is incompatible. but if i have missed something , maybe someone could point out how to configure this setup correctly in the hope that i did something incorrect. i have also used waninkokos 1.5 usb loader to format the drive to wbfs , but it claims no partitions found error -6 and reboots the wii

definately sounds like either an incompatible hdd or enclosure
E

Funny enough i'm currently using that EXACT drive with Wiiflow. You got it plugged in the USB closest the outside edge of the Wii?

I must admit...I'm stumped. The only thing I can think of is that Hermes's cIOS'es should be v4 or 5, but I guess you've got that version.

Erm....just a test: if you have your drive in FAT32 format...can you run homebrew from it?
(press '2' in the homebrew channel, and choose 'USB' instead of 'SD'...of course you'll need a USB:\apps\ folder on that drive)


Personally, I'd also stay with using a FAT32 partition for your games. It's as stable as WBFS, but has other advantages. But then again: you have to get it to work first.


I could also recommend trying a different loader, but it's a long shot. The differences in loaders are mostly cosmetic. Still: it's better than nothing.

I have used both usb ports on the back of the wii , just to test if it was one port or the other.

Im about to try wii flow usb loader , I had not heard of that one , will that work on a fat32 drive by any chance? and will homebrew channel work with a fat32 drive? my drive letter is e:/ so should the drive have a folder listed like (E:\apps\) ?

If this chart is accurate...then no, wiiflow doesn't work on FAT32 HD's.

Homebrew can be loaded from it, if you have version 1.0.5 or above. And yes, in your case, it should be in E:\apps\ 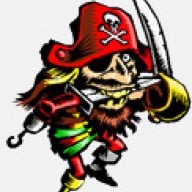 Even if you get it working it may have reliability problems.

Google Hitachi DeathStar for many, many problem reports. The first one listed is a Wikipedia article that list dozens of affected models.

Wever said:
If this chart is accurate...then no, wiiflow doesn't work on FAT32 HD's.

Homebrew can be loaded from it, if you have version 1.0.5 or above. And yes, in your case, it should be in E:\apps\

use this page for support instead

Well a little update to my problem ...

I think the enclosure was incompatible with the wii , because I later tried a flash drive and it worked fine with usb loader gx , wiiflow never yielded positive results either. The previous enclosure also never showed up in the homebrew channel.

So thank you guys for the previous help, im still looking however for a compatible enclosure or adapter or dock or whatever will work with my hardrive, a 3.5" hitachi deskstar ide style harddrive 82.3 gb (not sata or pata). Toss me some suggestions and i will be entirely grateful , or toss me your working solutions (even better)!

K
Hacking how do i add Wii games to a usb drive?

@ kenenthk: These pills knocked me out 39 minutes ago
Chat 0