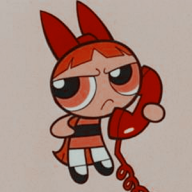 Ive been looking at threads on here for a few hours now and have tried everything including deleting saved data of games I was really far into to make sure it wasnt an SD card issue. It just started today when my hand slipped and I pressed the Pokemon Sun icon. The game didn't pop up though, I just got this error listed above and another generic glitch has blocked miiplaza from being opened. None of my other games have this issue, including ones from the Game Boy and DSi. I'm really new to this whole homebrew thing so all I have done is a save editor for Animal Crossing New Leaf a few months ago. I haven't touched any of the things I downloaded since but Luma is up to date still. IDK what else may need to be updated that I missed in the last 2 months or so. Pokemon Moon is working, but it is a physical copy like my ACNL game.

Software I Downloaded:
FBI
Checkpoint ( for ACNL save edit )
Anemone ( IDK what it even does )
The Homebrew Launcher ( no duh )
Luma Updater
GodMode9

What I've Tried:
Deleted the folder ending in 8f
Deleted the boot.firm file and replaced it with a new one from 10.1
Tried the backup boot.firm and renamed it to the main one when it didn't work first time
Turned off ARM 11 warnings, it just showed the 3Ds game start animation on a loop until I held down power
Turned on the patch setting in Luma
Changed the download play to Luma, changed files that run games but didn't work in the game when I on startup ( froze, had to hold power again)
Tried to seed the game using FBI. said that is was unable to, noticed it say "Level: Permanent" on the ver 1.2 but said "Seed imported" on the version of Sun that has no version over the game cover image. Same thing with Miiplaza, still would not change messages
deleted extra save data for miiplaza, no change
backed up save data on checkpoint for Pokemon Sun, deleted save data folder (main) in FBI but didn't open still ( idk if that means it isn't the SD card or if I have to actually delete the game from my 3DS which would lowkey suck )


IDK How To:
IDK the region my DS is from, I am guessing US but it was that exclusive sun and moon design so it doesn't have the region on the back like is needed for a process I saw a video about
unsure on how to reformat my card from scratch without losing 3+ years of data and gameplay
how can I check if this is an issue with my microSD card? I am a bit of an idiot and forgot to press eject a when removing it from the adapter a few times.

I am kinda desperate at this point. I really wanted to add a Japanese keyboard and PKHeX to my DS tonight but I don't think it is safe until I get this figured out. Any help is seriously appreciated.
Last edited by yoshinoyoshi, Nov 9, 2019

If a physical copy is working, but a digital copy isn't, then the installed game data on SD is probably corrupted or your SD card is faulty.

T
"An exception ocurred" after updating boot9strap and luma

Most CFW dissapeared after uninstalling app