Gaming Anyone know where I can buy a Wii? 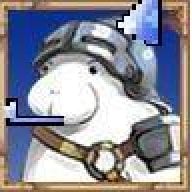 Well, yeah. All the stores around here ran out of Wii, and I can't find anymore online that has a reasonable price. (I.E. not $500+ like Amazon) Every stores that I've been to online that has the $250 price are all out of stock. So anybody has any suggestion where I might find one?

I was recently listening to IGN's last (for the season) Wii-k In Review podcast, and they said that huge Wii shipments will be going out all month. But the only way to have any chance of getting one is to camp out before a store opens. I'd say, give it a shot. Try camping out for about an hour before a Gamespot or other retailer opens, or hit a Wallyworld during off-peak hours and see how you fare. Either way though, it's going to be madness. Turned on the news this morning, and the Wii-shortages story was on the tele. If it's mainstream news on an almost daily basis, chances are you're still going to have a hard time finding one.

The Wii is over a year old and still theres shortages !

I'm glad I got mine on UK Launch day !

And you'd have thought the stocks would be a little more plentiful after that long ? I mean theres over 11 Million gamers who already own one !

Compare that to last year when no-one had one ! and you have widespread panic !

Looking for a new Wireless Keyboard