Hacking Any Hacking for Hire Available?

Looking to get Aim-Assist/Aim-Bot for Apex Legends...Not sure if there is anyone that I could hire to get this for Xbox One, or that could point me in the right direction. TIA
D

No exploit exists on the console and you hopefully won't ever be able to.
Reactions: DinohScene, r5xscn, ClancyDaEnlightened and 1 other person
B

XVMM said:
No exploit exists on the console and you hopefully won't ever be able to.
Click to expand...

I just got wrecked by someone that was without question using aim-bot/aim-assist.
C

Brady_ADV said:
I just got wrecked by someone that was without question using aim-bot/aim-assist.
Click to expand...

Or you are simply just not skilled enough. Also there are mouse to joystick converters but dunno if they work on Xbox.

Using an aimbot will completely remove any enjoyment from the game beyond the first 5 minutes of cathartic joy. No idea why you would want to subject people to the same thing that's made you so upset.
Reactions: Inaurata_Sharps, PanTheFaun, ClancyDaEnlightened and 1 other person
B

Carltrek said:
Or you are simply just not skilled enough. Also there are mouse to joystick converters but dunno if they work on Xbox.
Click to expand...

I wouldn’t say I’m pro but certainly not a newb. XIM has a usb converter for mouse/keyboard


PityOnU said:
Using an aimbot will completely remove any enjoyment from the game beyond the first 5 minutes of cathartic joy. No idea why you would want to subject people to the same thing that's made you so upset.
Click to expand...

No, you’re right. Just curious I guess....everyone says it’s not available yet this guy shot me through the wall.

In Apex Legends hitting the body at all matters A LOT more than head shots. Less cool but a lot more consistent if you're having trouble with that
also aimbots will always exist think of it as a challenge.
There is no crossplay though so if you found some console bots they're doing some jankass stuff with their contoller input or they're not bots at all and outplayed you/got help from their squad to see you coming ahead of time
i.e. *over mic* "he's coming round the corner" or something like that
Last edited by Mythical, Sep 4, 2019 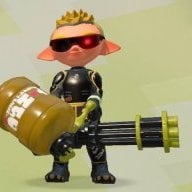 Cheating in online game is for low scumbags.

I wish Xbox one x would be hacked though.l, to play Original, 360 and One games all off one console, so I can get rid of original and 360.
Reactions: Inaurata_Sharps and ClancyDaEnlightened

No, this is why an exploit hasn't really surfaced imho, learn how to play the game, or play Minecraft or super lucky's tale if it's too difficult, people run out with mods, yeah they're fun when used in a private/non destructive way, but nobody thinks you're good at the game because you used God mode and aimbot to get 100-200 kills and near 0 deaths everyone knows it's mods and know that you're going to troll the game.
Last edited by ClancyDaEnlightened, Sep 9, 2019
E

aadz93 said:
No, this is why an exploit hasn't really surfaced imho,
Click to expand...

No it isn't. You really think because someone makes an occasional thread on gbatemp that's why no hack for Xbox One in the entire world exists? You're incredibly small minded.

Yes as I stated in my honest opinion = IMHO, I'm not saying that's the only reason why, you just keep implying that, look at the 360, very little homebrew outside of utilities and (the few) emulators, everything else is iterally either online modding, xexmenu, fsd or Aurora, and dashlaunch, most homebrew doesn't even use libxenon that was the open source sdk, if you run xex it's using a leak of m$ official sdk.

Cheating and modding is one of the reasons why drm and cryptography/encryption is there to begin with, if people simply take the time and learn how a computer actually works, it's more than just copy and paste this to a sd card or getting a flash card, or bootloader patching, has to be motivation, research, and someone willing to sacrifice alot of money on Xbox ones as reverse engineering isn't a cakewalk, most consoles are hacked to run Linux or emulators, some hombrew code, most consoles when hacked aren't able to boot any backups initially, if you even have a way to dump and effectively store 50-100GB a game
Last edited by ClancyDaEnlightened, Sep 9, 2019
E

Meanwhile cheats and backups are thriving on Switch except newer patched Switchs and PS4 WAS hacked up until 5.05 and people had no problem handling the 50-100 GB dumps, so that completely defeats your logic. It's not because of any of the silly reasons you say.

The only two logical reasons are #1 Xbox One is f'n hard to hack because Microsoft can afford the best security #2 It's not worth the trouble because most exclusives are on PC, so it isn't necessary getting the best minds in the world on it to hack. It has nothing to do with someone making a thread on gbatemp. Many hackers have never even visited this site, or if they do they don't follow it closely like many of us.

I know it's your opinion and it's a ridiculous opinion.

Also your point about 360 is that hackers only wanted people to be able to play backups? No argument there. Mission accomplished. 360 proves again that your silly logic that people making threads on gbatemp or asking for a hack prevents it, or that hackers don't really want people to play backups. That all makes absolutely no sense when you look at how practically every console ever made allows playing backups so it is something you completely made up. Yes there's cases like Atmosphere where the creator does not condone piracy, but that's very rare. The only reason current firmware PS4s or Xbox Ones can't is because the security is better than any in the history of games, as it should be. While Nintendo's security can't match up so every one of their consoles and handhelds have the ability to play backups except for patched Switchs on a newer firmware, so Nintendo is getting better at stopping piracy.

There's a very easy to follow pattern here if you pay attention, unless the console has top of the line security it will play backups. Pointing directly to the fact that only the difficulty is stopping backups and cheats nothing else.
Last edited by EmulateLife, Sep 9, 2019

I thought he was implying that online cheating is why people aren't doing anything with this. I own this console because of the lack of development. Any system that has the ability to cheat online isn't worth playing on. I don't pay for games to not have fun because lamers are running around ruining them with their inability to git gud. And like I said, I pay for games (at least modern ones), so the lack of backup loading also keeps developers more encouraged to stay with the platform.
Reactions: DrakeLyon and ClancyDaEnlightened

Xbone isn't publicly hacked yet not to mention that using aimbots online is a guarantee to get banned.

If you see someone using an aimbot on XBLive, please contact Microsoft.
Reactions: DrakeLyon and ClancyDaEnlightened

Question on RetroArch on Retail Mode

What tools were used to create Smash remix 64?