Hi guys,
Is this because of looseness ?
When I moving my analog stick slowly from right to left, when it´s in the middle, the rubber just move inside the analog to the other side and after that continue in moving to the left. now when I move to the left nothing happens but when I move to the right and after that to the left again, it does move inside the analog stick again.
I hope you get what I mean. It just like "Clicking" inside of it.
Is it because of looseness ? Do you have it as well ? Is it repairable ?
Thank you for answer in advance

Does it impair gameplay in any way?
If no, don't fuck around with it, you'll only make it worse then.

Yes, it's possible to replace the analogue sticks, but I advice you to just purchase a new controller.
Their not that expensive anymore and is easier and less time consuming then to solder in new sticks.
S

No, it doesn´t impair gameplay in any way, it´s just kinda annoying.
I guess this is more of a problem of rubber wobbling in place not the Analog Stick itself.
Maybe in some games it will do a slight immediate movement when you going to that left side from the middle (when you was on right side last time) slowly and slightly but as I said I guess that´s because the rubber as I said above.
I just think it´s the rubber because it feels like it, when I do that I move the analog stick all the way to the right after that leave the analog stick go back to the middle and after that going slowly and slightly to the left, when going slowly to the left I feel that rubber just do quick 1mm movement and after that continues smoothly, when I get all the way to the left and leave the analog stick go back to the middle and now go slowly to the left again it doesn´t do that little quick movement, but after I go back to the right and after that again slowly to the left it happens again.
I don´t know, is it a problem with the rubber wobbling in place or something as I saying or is it really with analog stick ?
But as I said it´s not a big deal but I want to know what´s happening and if it´s for example easily repairable because if it is just something with the rubber as I said, I think that would be easily repairable.

Seems like some wear and tear on the inside of the stick.
Repairable by replacing the stick.
How old is it?
S

I got it in September or October maybe a little bit earlier I´m not sure but it was already used but in really great condition and it still is overall.
I remember that I have this from the beggining I got this controller but it didn´t bother me much till now.
I also got 2 controllers so I have one more as well but that one have a little bit broken d-pad because it doesn´t click and pushing the arrow down is really weak like it´s broken so I´m playing on this controller because it is in much better condition.
I´m starting to get used to it actually.

EDIT: About the replacing sticks, I don´t want to do that because when I was replacing the analog stick before on my last controller, I found out that the dead zone is so small so I must to push the analog sticks too much to direction I want for slow movement so I can´t do quick slow movements and that was really painful mainly in FPS games, also after some time it got too stiff pushing the analog stick to the right that it was more like broken. It was not even stiff, it was doing cracking/scratchy sounds and it was really too tough to move in that direction so I stop playing on it and bought this one we´re talking about here. So no more replacing sticks for me.
Last edited by seznam88, Jan 20, 2016

Just keep on playing.
If it isn't rubbing against something and doesn't impair gameplay, it's fine.

Can't expect for controllers to last a million years.
S

DinohScene said:
Just keep on playing.
If it isn't rubbing against something and doesn't impair gameplay, it's fine.
Click to expand...

Of course I´m going to keep on playing.

Occasional cleaning of it would be good ;]
S

How exactly ?
You mean to unscrew it and clean it inside ?

Yeah, I got sticky buttons a few times before on my previous controllers and must have clean them so I did that ton of times. 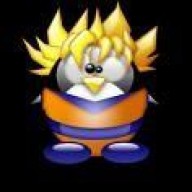 It's probably just the plastic bit aging, and it's cheap as fuck (and equally easy) to replace from a chinese shop like dealextreme.
After a while of dealing with it I just found it easier to throw the rubber away and play with the small piece of plastic instead, and replaced the whole piece eventually.
S

Yeah, I have a second controller as I said above but that has kinda broken d-pad so I can replace that rubber from that controller.
I probably going to do it but I see.