Fable.Heroes.XBLA.XBOX360-MoNGoLS
Fable does streets of rage but very poorly seems to be the word on the street- http://www.gameinformer.com/games/fable_heroes/b/xbox360/archive/2012/05/02/lionhead-can-t-save-these-heroes-from-themselves.aspx

Akai.Katana.XBOX360-COMPLEX
Region free it seems, out on the 11th in the EU and 15th in NA. In the EU at least it is a budget title.
The Japanese release was about this time last year as was called Akai Katana Shin and was not region free.

A shmup from Cave... pretty much says it all but for those not up on it Cave are probably one of the most well know shmup makers in Japan and their releases tend to be region locked (although they did better of late) and rarely make it outside Japan. Now indeed we have had something of a shmup frenzy on XBLA this last year or so including the awesome Sine mora ( http://www.destructoid.com/review-sine-mora-224060.phtml ) but more are always good and to see them appear outside Japan is better.

Experience sensory overload with CAVEs latest addition to the shmup arena, Akai Katana. Set in a parallel world resembling Japan’s Taisho period, the people have discovered the powerful blood swords. Requiring human sacrifices to unleash their immense destructive power, these swords have been used by the empire to crush neighbouring countries.

However, all the bloodshed and power gained through sacrificing close family members has made some of the swordsmen think twice. With new fighter planes and the powered up swords at their disposal, this small band of rebels now fight back against the tyrannical empire.

Created specifically with the Xbox 360 in mind, Akai Katana has new stages, new characters and a new scoring system. The graphics are adapted to suit 16:9 screens and everything is even more beautiful with full HD artwork.

Full HD, full 16:9 support. Originally released in arcades at a 4:3 aspect ratio, Akai Katana has been reworked for the home console environment and features gorgeous full HD graphics in 16:9.

Xbox 360-only Features. A full upgrade from the arcade version, Akai Katana includes an updated, more intense game system, a brand new stage and boss. Dash in close to enemies to get “guiding ore”, trigger your special mode and cancel bullets to earn points! These features are sure to keep people playing and maintain word of mouth.

Revamped Interface. The CAVE standard 360 user interface has been completely reworked with full animation and a graphical interface. Akai Katana’s eye-catching UI gives an attractive finish to the overall package.

Arcade Mode Included. For those who enjoy the game system of the arcade version, a 4:3 HD version of the Arcade game is included as well. 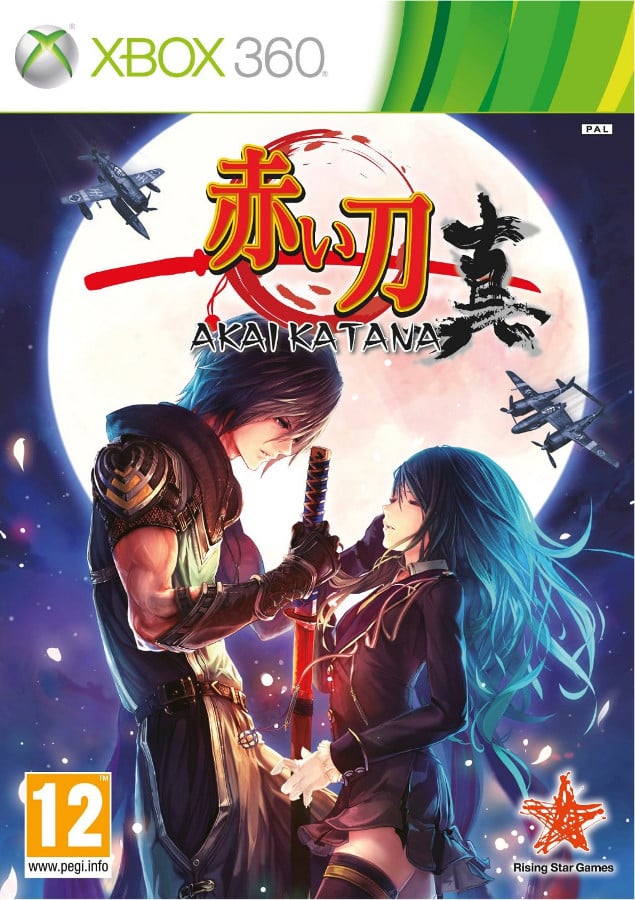 Experience sensory overload with CAVEs latest addition to the shmup arena,
Akai Katana. Set in a parallel world resembling Japan's Taisho period,
the people have discovered the powerful blood swords. Requiring human
sacrifices to unleash their immense destructive power, these swords have
been used by the empire to crush neighbouring countries.