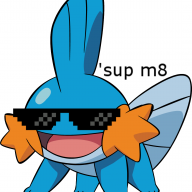 Location
Out of bounds, I think

So I recently decided to make my own skin/theme for my flashcard, it's actually an r4i+ "3ds/ds" (according to the sticker on it) but it uses the same themes as an acekard, however my issue still persists when on an actual acekard, so I know that's not the issue. my issue is that the clock is not displaying properly, differently than on the preview of the editor I'm using to handle the ini files. on the preview the clock is displaying as intended and filling the box I drew for it, however when on the card, it puts a space after the colon making the numbers after not be aligned properly. I don't really know what I can do to fix it, and it's an issue I'd like to fix, rather than workaround, but if I must then that's what I'll end up doing.

L
Hardware Can anyone help/offer advice on a screen issue?