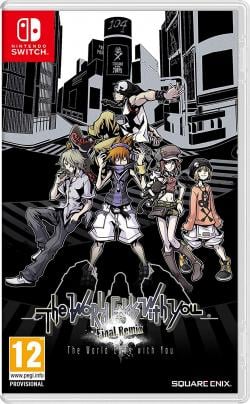 The World Ends With You has released on DS, Smartphone, and now Nintendo Switch. Can this version of the game smash its predecessors, or is it just a quick and dirty port?

The World Ends With You is finally back at home on a Nintendo system. Originally released in 2007 for the DS, this third release adds brand new content to the mix. Final Remix is an enhanced port of The World Ends With You: Solo Remix for Android and iOS, which is often criticised for the simplified gameplay. 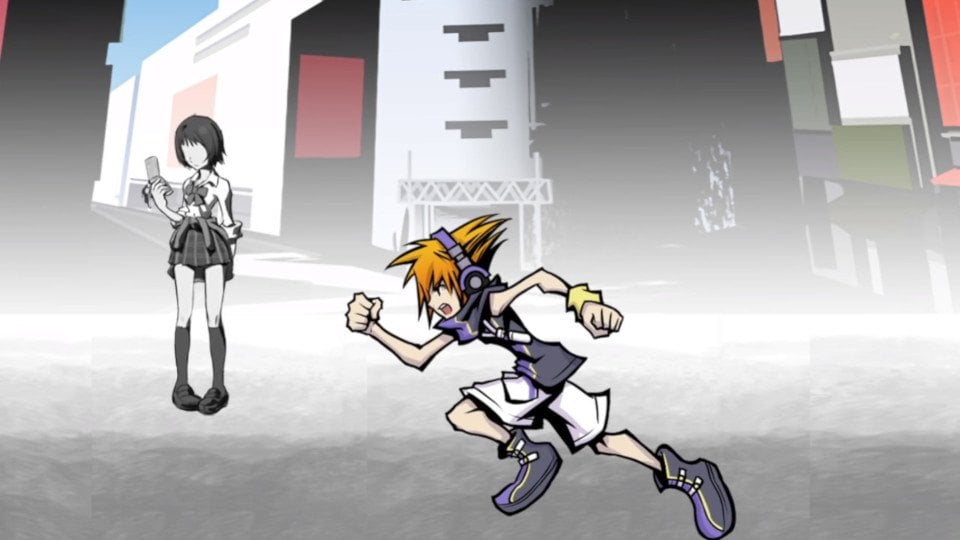 The World Ends With You takes place in Shibuya, Tokyo. This world's Shibuya is split into multiple planes of existence, the two most important being the 'Underground' (or UG) and the 'Realground' (or RG). The Realground is the 'real' Shibuya, while the Underground is a hidden plane where the 'Reapers Game' takes place. This twisted game forces players to compete against each-other to win the ultimate prize — their life. TWEWY focuses on three games in the UG, each bringing new characters and gameplay elements. The specific weeks detailed in TWEWY are special, however, with the future of Shibuya resting on how well one player performs.

TWEWY focuses on its unique cast of characters, rather than ultimate fate of Shibuya. The opening of the game introduces the ignorant Neku as the protagonist, who comes across as edgy and rude. Over the period of three weeks, though, Neku continuously grows and and learns from his partners and enemies. Using a special pin, Neku can tune into the minds of people in the RG, allowing him to read their thoughts. This enables him to appreciate the diversity of the town, rather than shut it out. Neku's dynamic and evolving perspective steals the show, with the larger plot being widely unknown until the final showdown. After Neku finishes his time in the UG, he finds himself more open, and he removes his headphones, which acted a metaphor for Neku's repressed personality. This focus on character development makes the narrative engaging and heartwarming. 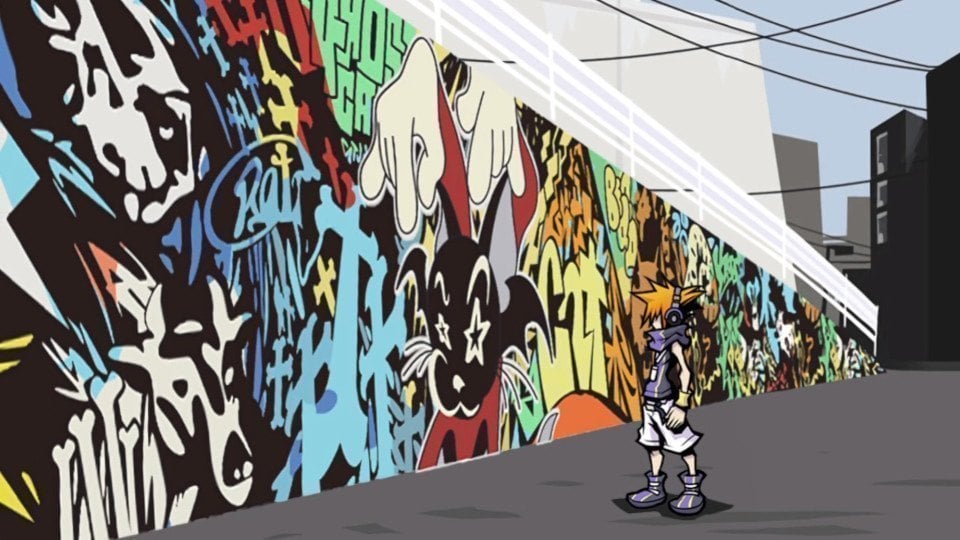 After completing the game, you can go back and complete new objectives. Doing this rewards the player with even more lore, providing an extra layer of depth to the powerful narrative, whilst also providing replay value. TWEWY has an original and complex story that I pay attention to each time I play. Unlike another Square Enix JRPG, TWEWY's packs emotions and morals into a short and simple story. Whilst I do lament the lack of a sequel, I'm thankful that the series has escaped the fate of the Kingdom Hearts series. 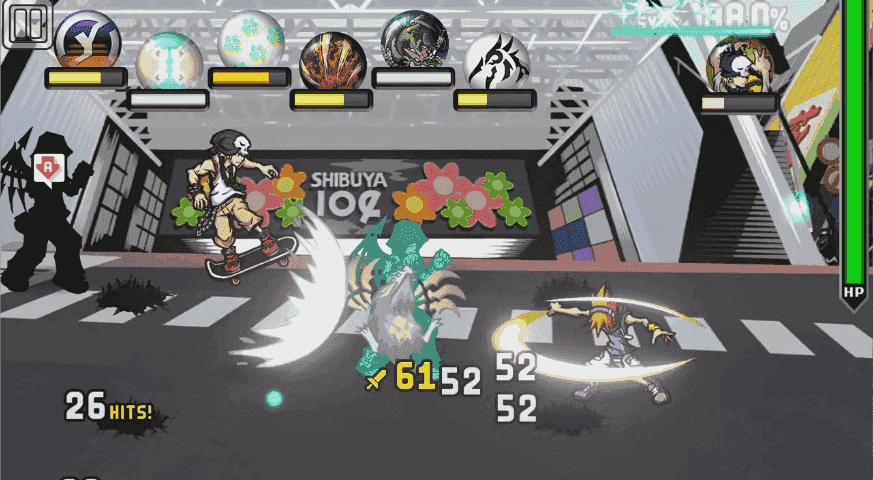 Final Remix has two polarising control schemes. In handheld mode, the game controls almost identically to the smartphone ports, using the touchscreen. In docked mode, you controversially use a single Joy-Con to control a pointer, which simulates the same control scheme. Using the touchscreen is the best way to play Final Remix, providing the possibility more reliable and precise inputs. Using pointer controls isn't ideal, but it still adapts TWEWY's gameplay effectively enough to be enjoyable. Neku attacks using pins, which require certain gestures to activate. These range from taps to slashes, and makes certain pins less viable when using the Joy-Con. Pins in which you must slash Neku feel particularly awkward, forcing me to abandon these otherwise powerful attacks.

TWEWY has a somewhat unique way of controlling difficulty. Instead of locking yourself into one setting at the start of the game, you unlock different modes throughout the story — Easy, Normal, Hard and Ultimate. Each mode yields different item drops from enemies, often rewarding the player for cranking up the difficulty. This fluid way of controlling the game works extremely well for both hardcore and casual gamers. This system is made even deeper by the ability to dynamically change your level, increasing the drop rate by 1× for every level you sacrifice. If you're finding battles easy, you can decide to chain them together, hitting you with progressively stronger enemies. These battles reward you with with a significantly higher drop rate and increased pin experience. 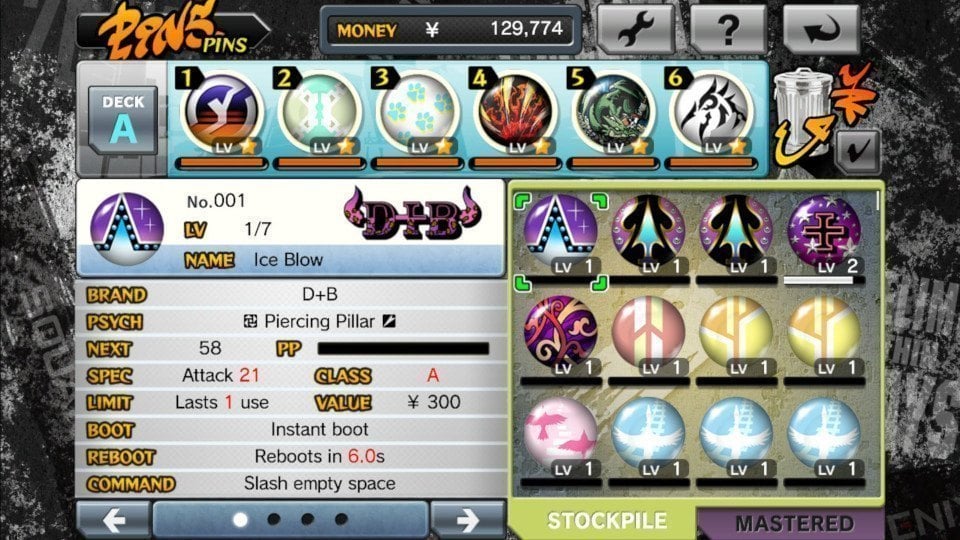 Neku and his partners have 5 stats each; Attack, defense, HP, drop, and bravery. HP is increased as you level up, but increasing your other stats isn't necessary, with more powerful pins being the primary method of dealing more damage. You can level up and evolve your pins throughout the game, encouraging experimentation. Increasing your stats using food can be rewarding, though, and is useful when you're playing on Ultimate in the post-game. You can also equip clothing to Neku and his partners, which can give you a boost in attack, defense, or HP. There are hundreds of combinations in the game, and collecting them is almost a game in itself. More powerful clothing items require higher Bravery levels, ensuring that you invest in each characters' stats.

I was impressed with how well the motion controls work, given the circumstances. There are some fundamental flaws, however. If you suspend the game, the Joy-Con cursor always loses its bearings and begins to drift. This can be fixed by placing controller on a flat surface for a few seconds, but this is never explained in-game. This could have easily been avoided by forcing a re-calibration upon resuming. Another frustrating problem is that it's impossible to play in the touchscreen-only handheld mode without your controllers. These may seem like nitpicks, but they go a long way to make the game feel unpolished. 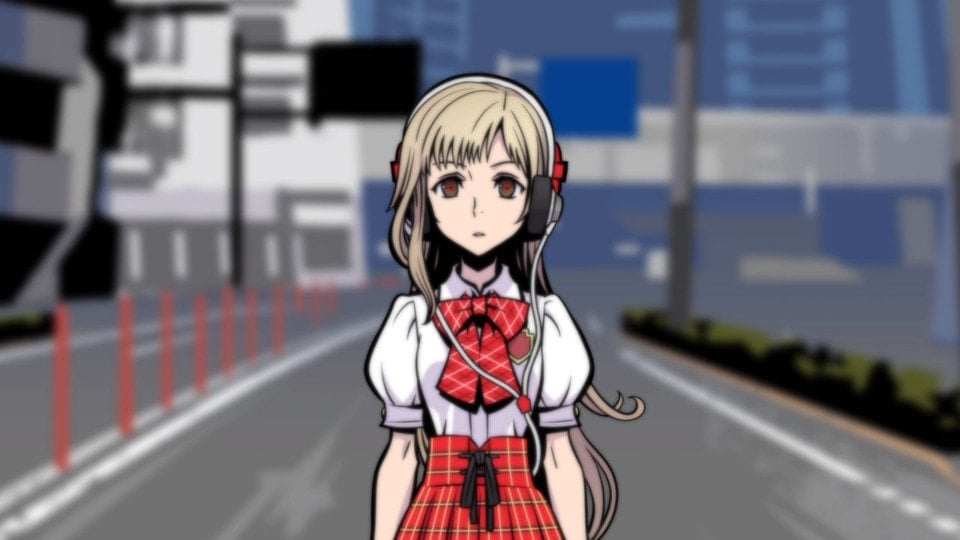 Final Remix finally expands TWEWY's story beyond the original vision, with a brand new scenario — A New Day. This chapter features Neku, Beat, and a Reaper named Coco, as they try to win the Reaper's Game in 'Expert Mode'. On their mission, they learn that Shibuya is scrambled up, and that something is wrong with Neku's friends. I had fun playing the mission, but it ended abruptly, with the last scene acting as a disappointing cliffhanger for a sequel we'll probably never get.

Whilst I opened a new scenario with open arms, the story of the New Day left a lot to be desired. The basis of the story is that Shibuya isn't how it should be. What rubs me the wrong way is the writing, which doesn't feel quite at home within the overall game. Coco, the reaper who tags along in the adventure, has obnoxiously bad and grating dialogue that rip me right from the otherwise convincing world. She constantly uses online slang such as 'wtf', 'LOL', and 'GTFO' in a way that grated me after two or three cutscenes. It's a cheap and unconvincing way to create a unique character, which is particularly hard to swallow considering the otherwise excellent cast of TWEWY. Even Beat and Neku, the protagonists, have lazily written and disappointing dialogue. These factors combined made it hard to take the story seriously, and left me with a bad taste in my mouth. 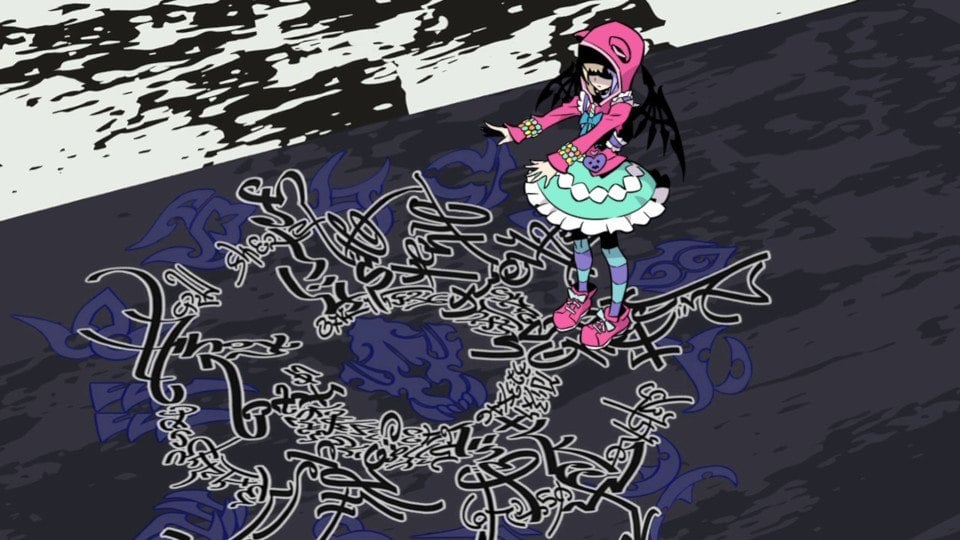 The most enjoyable thing about the new content is the remixed gameplay. Instead of the standard battles of the main campaign, New Day introduces various battle conditions; Split, Curse, Restore, Sync Rave, and Ravenball. Sync Rave and Restore help to refill your Sync and HP bars, while the others aim to make the battle more intense. Both the beneficial and detrimental effects dramatically change the flow of battle, offering new challenges for long-time fans. It's a shame that the story is so lacklustre when the gameplay is so much fun. These exciting new battles are only available in the new chapter, but I feel as if they'd have been even better if they were available in the 'Another Day' scenario, too. 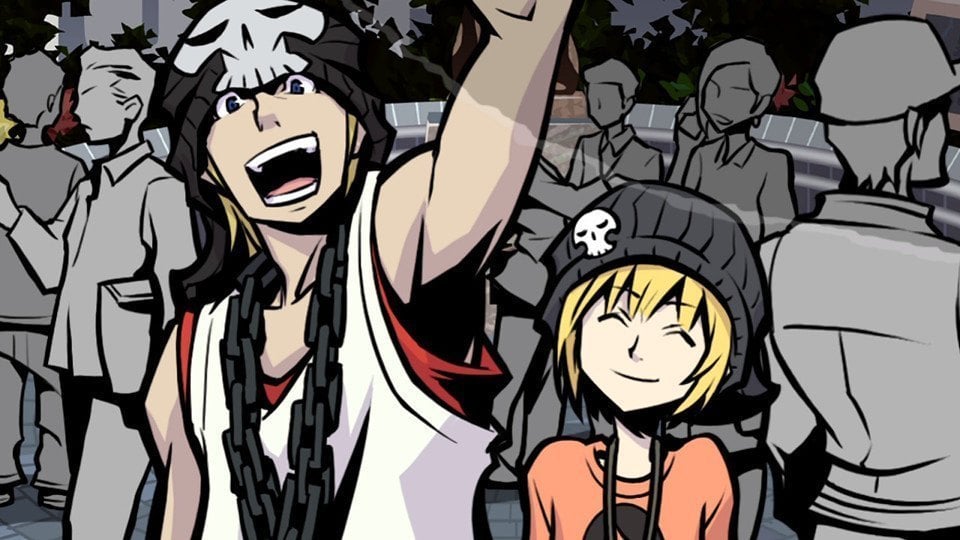 The World Ends With You had a unique art style on the Nintendo DS, and it is preserved in Final Remix. The sights of Shibuya are striking, with true-to-life buildings and locations being presented throughout the game. Each pin has a unique design, making them a treat to collect, and each character has a unique design. Unfortunately, like in Solo Remix, the clothing items and food still appear as sprites as they did in the original Nintendo DS release. This should be improved upon, considering that the game is selling for full-price. Overall, the game is visually on par with the beautiful iOS and Android version, making it leagues ahead of the original title.

Another unique aspect of TWEWY is the music. This is almost universally praised, even amongst those who dislike the game. I never get bored of the soundtrack, and Final Remix treated me to a huge range of excellent songs in the 30 hours I played. I tend to avoid playing with the volume off, as listening to the music during intense battles is immensely satisfying. Solo Remix was a huge step-up from the DS title in terms of diversity and quality, but Final Remix takes it a step further with a ton of brand new remixes. You can even turn off the newly remixed tracks if you want to listen to the original songs, but I highly recommend keeping the remixed versions on. You can even buy CDs in-game to listen to each track on the in-game menu, so that you can fully appreciate the soundtrack.

The World Ends With You: Final Remix Launch Trailer

Verdict
You, lcie nimbus, TheVinAnator and 4 others like this.
Unlike this review