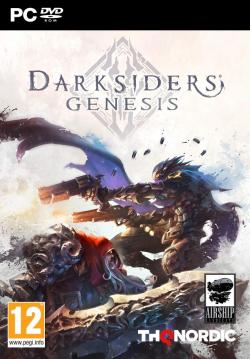 Darksiders is back with a look. After the dismal performance of the third installment, will this new title usher a new genesis to the series?

'Tis the season for rewinds and Darksiders hops on the bandwagon and does one of its own, bringing players to a time before events from the first title took place. Darksiders Genesis gives players control of not one but two Horsemen, swappable on the fly, who have been sent on a mission by the Council to figure out what the demon king Lucifer is scheming, halt his plans to bring doom to all and in so doing, restore balance. During the process our protagonists will come across familiar faces like Samael and Vulgrim.

Plotwise, Darksiders Genesis is pretty simple and straightforward. It nevertheless has the iconic Darksiders mumbo jumbo that gets you to take Hell and its inhabitants seriously. Simple, yet nicely executed - this seems like the philosophy the developers took when developing this new addition to the series. They played it safe and played it well, considering how poorly the previous entry, Darksiders III, was received (our official review  gave it a 6/10 and the title has an average score of 69 on OpenCritic). 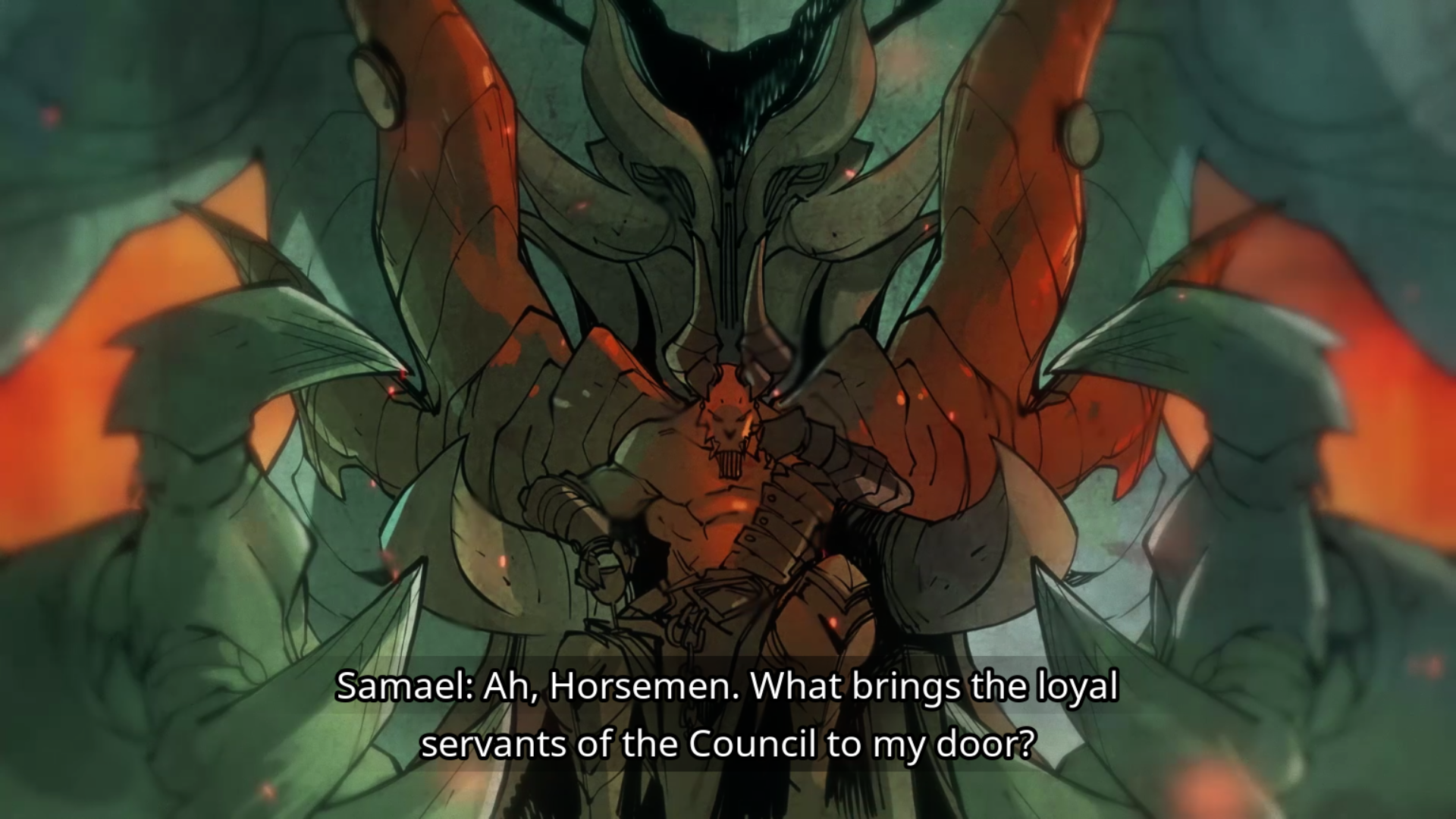 Issues the last entry in the series had with its combat, dodge, upgrades and map have been addressed in Genesis. Fighting hordes of demons is as fluid as hell. Dodging is now a safe bet to stay immune to attacks for an instant and also adds to the fast-paced action that the game wants to convey. Upgrading characters’ stats feels like the original entries, with Vulgrim once again offering his shopkeeper services by selling key items and upgrades. There is also the creature core system, which serves as the primary progression system in Genesis. The three types of core (health, wrath and attack) can be leveled up by replaying levels or battling through the Arena. The latter is a feature that opens up later on during the game, allowing you to grind and collect orbs and souls by slashing through waves of enemies.

One of the major changes in this Darksiders title is the transition from third-person to top-down view à la Diablo. However, the game still feels and plays like a Darksiders game, as you progress through its missions, unraveling its rather straightforward plot. By hacking through monsters, collecting orbs and dismembering gargantuan bosses, I nevertheless often had the feeling of playing a classic God of War game, especially given the new locked camera view. 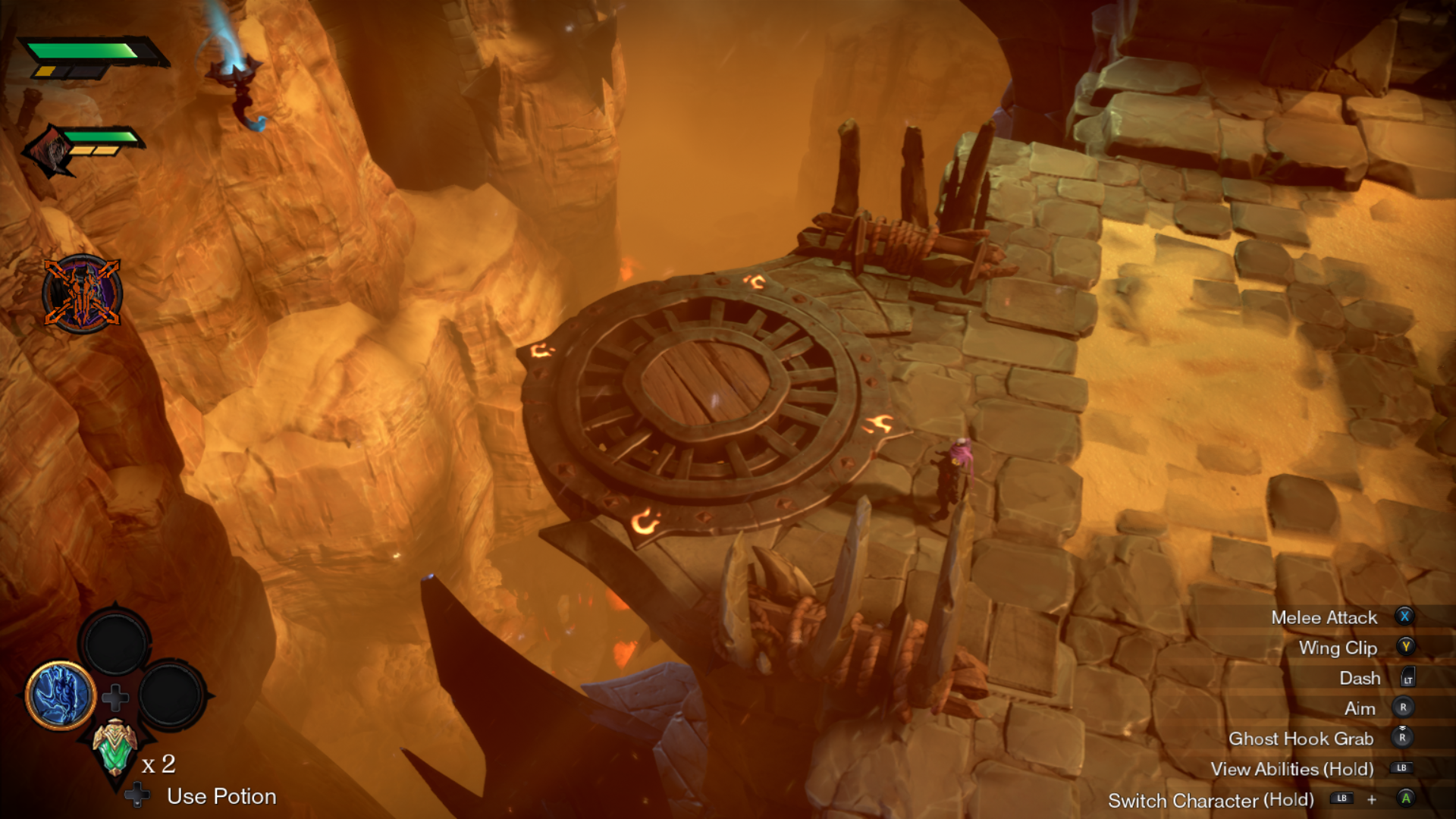 Oh, and another new feature in this title is the new playable horseman, Strife. Wielding two guns and being quite the loudmouth, he is a welcome addition to the series. By sharing quips with War and witnessing their character development throughout the game, the game is fleshed out, despite its rather simple and predictable plot. Strike’s combat style can be summed up as swift and smooth as he fires his bullets from afar. I found his style to be appropriate for the fast-paced action defining the game, even if his attacks don’t do as much damage but have the advantage of being speedy and long-ranged. For more forceful offensive moves you can count on the series’ icon War but his is almost exclusively short-ranged attacks. Those two characters are swappable at any time and this action would have benefited by having a hotkey rather than a two-button combo. Nevertheless, you can play the game with your favourite of the two for the most part, except for solving certain puzzles that involve a character’s specific equipment like War’s fancy boomerang.

I also wish there was a way to check out tutorials again, especially with the new skills unlocked like Strife’s portal creating trick, but the game offers none. As you progress, you will unlock such skills for each character which can be used both in combat and to solve the game’s simple puzzles. The latter shouldn’t be too surprising considering the linearity of this entry, but then again, the developers seemed to have wanted to play it safe and it worked to output a nice game, although not one that particularly stands out.

Combat is fast-paced, fluid and aplenty but often feels more of the same, especially with the similar-looking minions populating the game. Boss fights will bring some challenges but will also include those pesky minions impeding your way. While they do add a layer of challenge, they are more annoying than challenging as they mostly serve as fodder to fill the life gauge by mindlessly hitting them.

The co-op feature is another big addition to the series. Allowing you to play online or in split-screen in local co-op, it adds a layer of fun to the game and allows players to overlook the title’s linearity as you team up with a friend to give hell to those demons. Playing in co-op mode will also make you face tougher and overall more creatures and will also alter some puzzles to better work in teams. 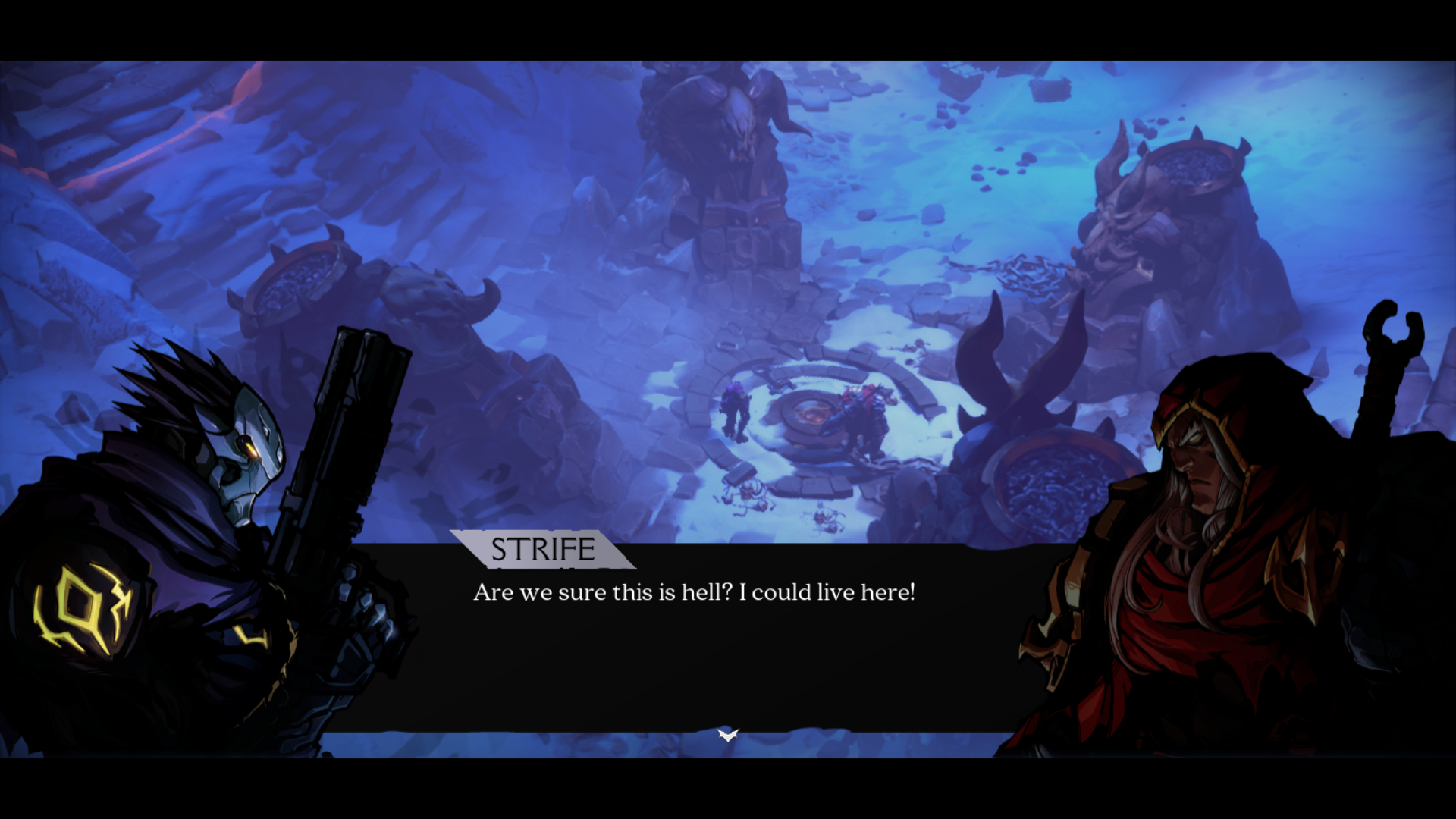 Darksiders Genesis is currently available for PCs and Google Stadia and will release on consoles in February 2020. It's a fine title if you're itching to play some new Darksiders and while it's an upgrade from Darksiders III, it won't blow your mind as a must-have title.