Anbernic’s latest metal shell retro emulator handheld, the RG351M, can handle up to some PSP games thanks to its RK3326 processor. Yet, it might be the best Game Boy Advance alternative out there. Let’s see how this is the case.

From my experience testing retro emulator handhelds, Anbernic stands ahead of its competitors with an exquisite dedication to the hardware. Software might be the same across other devices due to their open-source nature but the hardware is really what makes-or-breaks a purchasing decision in this market. Take the RK2020 from BittBoy for example. It is also based on the RK3326 processor but the hardware was so bad (rattling, light bleed, slow charging) that the company had to release a revised version a few months later.

Anbernic, on the other hand, releases more or less polished hardware. The only hiccup they came across in recent memory is when they released the first batch of RG351P. The latter’s Wi-Fi module led to some audio issues when activated. This module was subsequently removed in future batches, with the initial Wi-Fi-enabled ones being out in the wild in limited quantities.

With the RG351M, Anbernic reiterated its commitment to delivering top-notch hardware. It brings back the Wi-Fi feature, minus audio issues in an all-metal shell (save for the sides to prevent Wi-Fi interference). This metal body is really something to behold and the device’s membrane-padded face buttons add to the satisfying feel of the device. Personally, I think the overall premium quality and feel of the hardware is better than anything Nintendo ever created.

On the specs side though, except for the Wi-Fi feature, nothing else has changed from the RG351P which I previously checked out; meaning that the performance is still the same. Those specs are as follows:

This brings me to a recommendation I would give after having tested and kept in touch with the retro handheld scene: if you want an Anbernic device, wait for the metal shell version to release. Vertical models like the RG351V or RG280V apparently don’t get metal versions but practically all of the landscape ones in the RG line do. This does not mean that the plastic shell  models aren’t any good. They are of Anbernic-level, have a satisfying feel, can get more funky with color schemes and are more affordable than the metal ones. 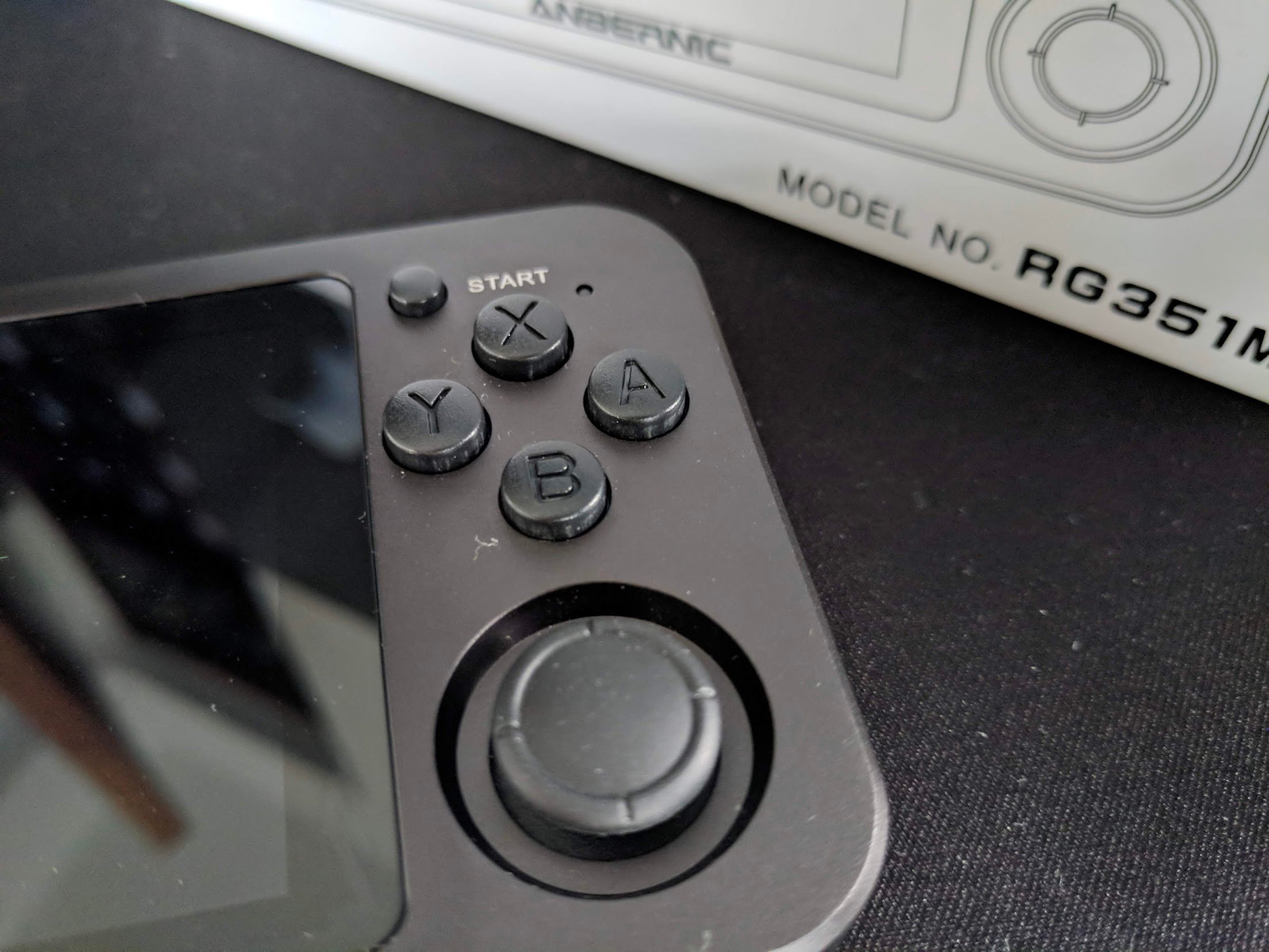 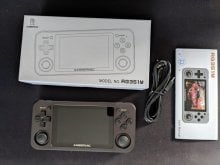 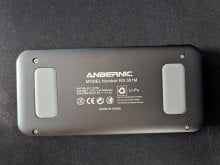 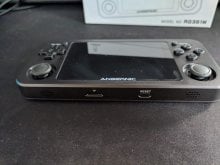 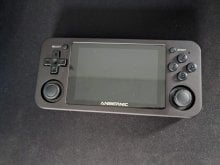 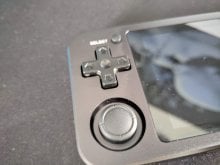 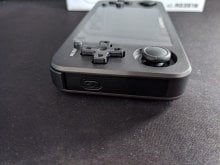 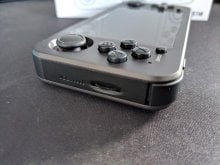 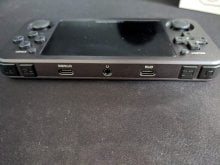 But if you want premium feel and polished software, it’s better to wait till the metal shell model comes out. You won’t be disappointed by the hardware and by the time the “M-suffixed” version comes out, the software will have been more polished. This is because with these retro handhelds, the software only gets better with time thanks to community support. Anberic itself has a strong following, with developers releasing custom firmware and apps that make the most out of the device. For instance, when the RG351P  first released, it only ran on the EmuElec firmware. Even with the satisfying feel of the device, the UI was terrible. Over the months following the device’s launch,  several custom firmwares like TheRA, ArkOS and 351Elec came out from developers in the community. These bring more customization, better UI and more features to the device like RetroAchievements, a much sought-after feature from retro handheld enthusiasts.

I’ve opted for ArkOS which lets me easily transfer files over WiFi (rather than fiddling with its Linux-based file system), change the boot logo and even have some music play in the background while I browse the menu (I’m using the PS Vita’s and 3DS’ home screen BGM which seems fit for the device). These aren’t much but help bring some personal touch to the device and really highlights its open-source nature.

A more interesting feature of ArkOS is AnberPorts. This app lets you play retro PC games like Half-Life, Diablo II and Quake 3 on RG351 devices. Playing some of those titles on the RG351M isn’t the optimal way to experience them but they do show the RG351’s potential and are fun to mess around with if you are into exploring devices in such a way. Through AnberPorts you can also have access to Google Stadia and Moonlight, which is quite impressive. However, you shouldn’t buy this device for such features as they showcase its potential and are mostly nice-to-haves. 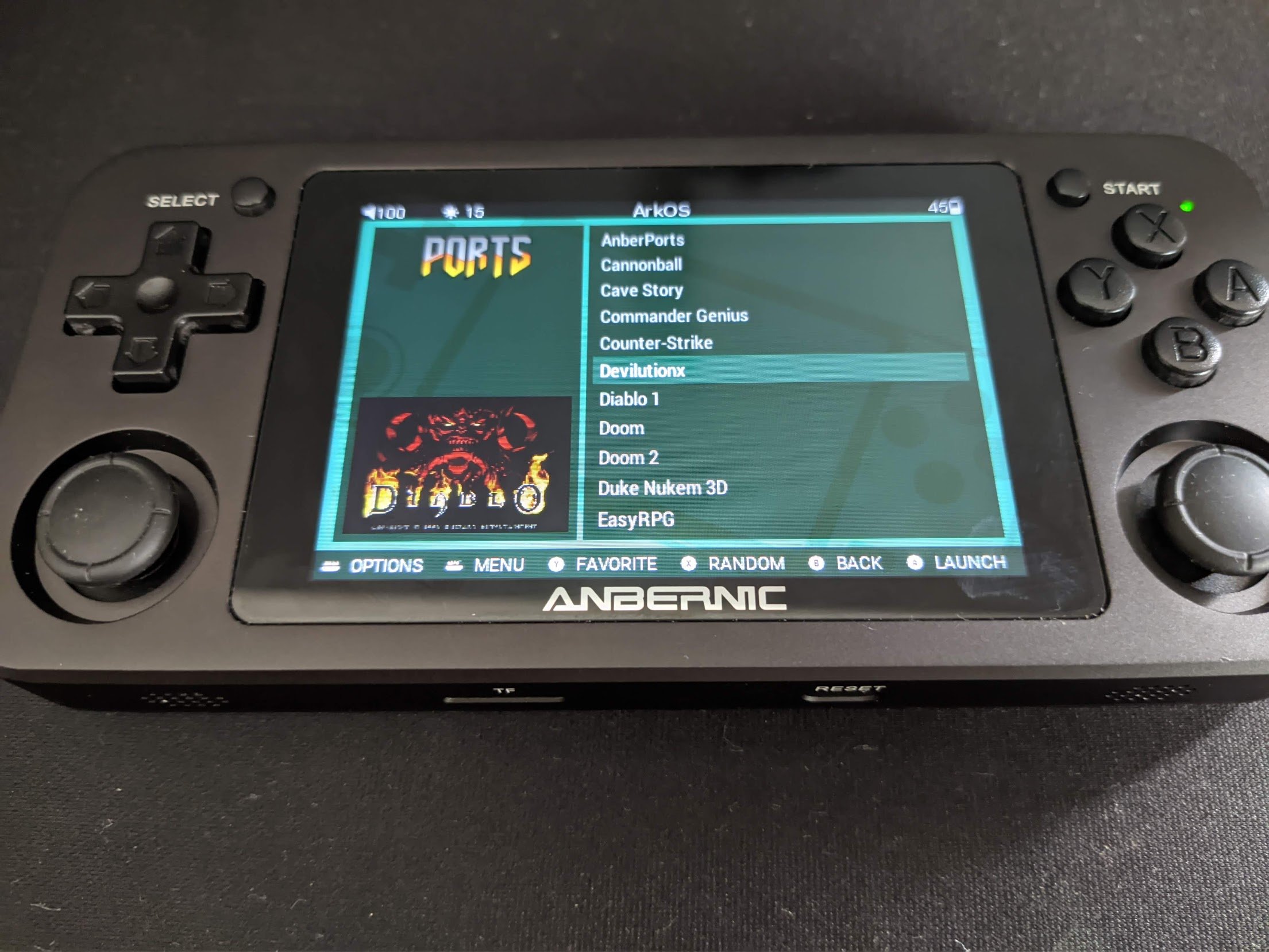 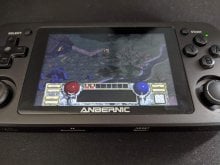 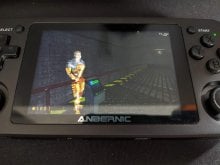 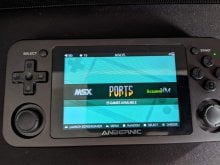 What you will be buying this device for is to play retro games and the RK3326 processor is more of an incremental upgrade to the still-relevant JZ4770 chip from the previous generation of retro handhelds. The RG351M is said to support more systems like the N64, DS, Dreamcast and even PSP but in practice, the RK3326’s performance depends on the games you want to play.

For the most part, N64 and PS1 games work great. For N64 emulation, I got Super Mario 64 to run at 50 fps while Mario Kart runs at 60 fps. PSX games also fare similarly with Rival Schools Evolution and Tenchu Steal Assassin running at a constant 60 fps. Some NDS games are also playable but the emulator’s illegible fonts make it a real pain to adjust settings. 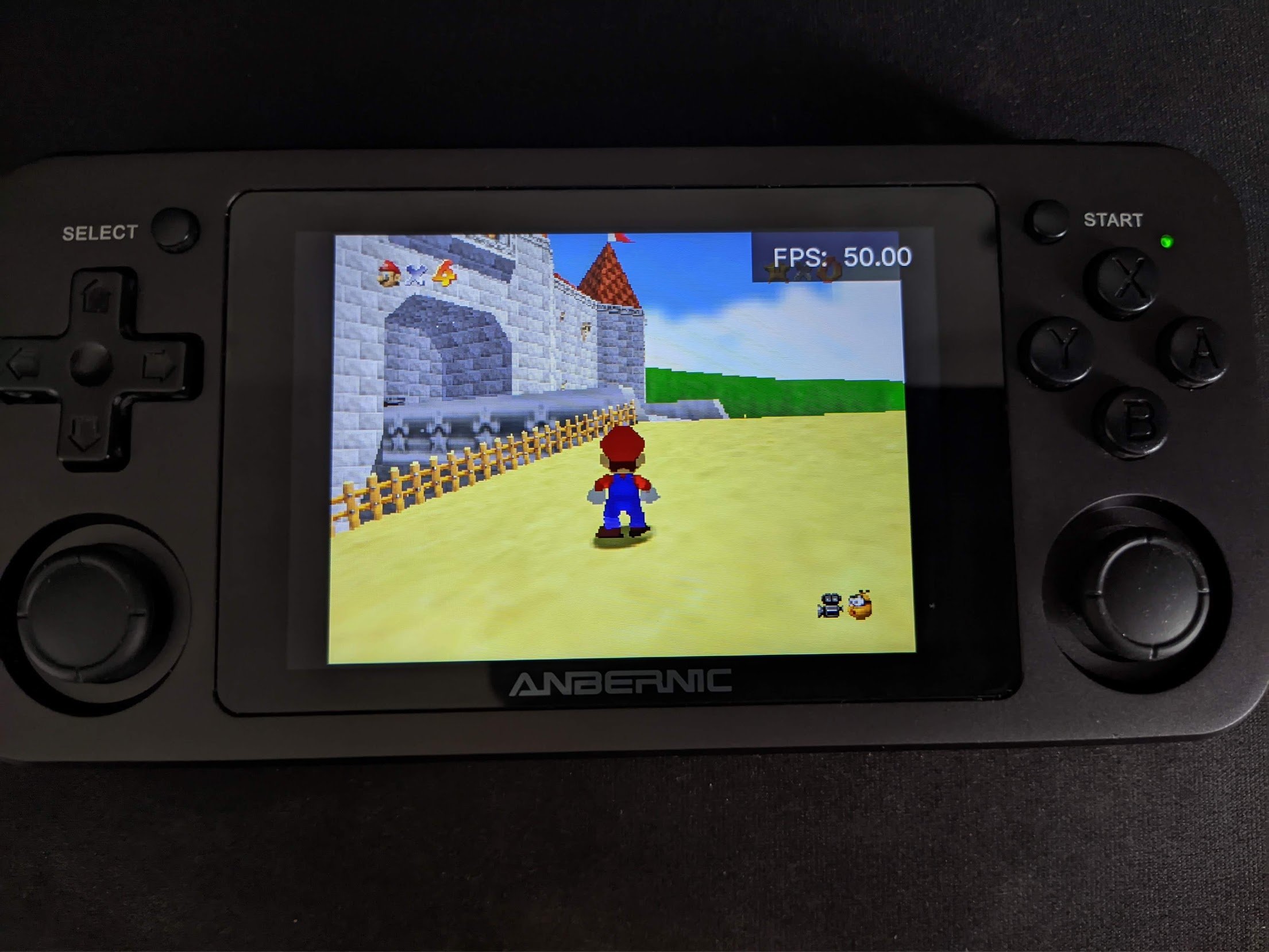 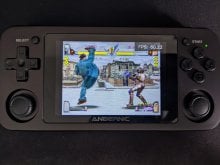 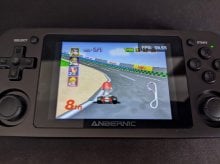 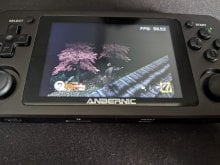 As from the Dreamcast, you start to experience the limits of the device with mixed results. Crazy Taxi 2 plays at around 25 fps but with crackling audio while Soul Blade plays better at 40 fps with little to no audio issues.

I had a similar experience with PSP emulation. Less demanding games like Castlevania: The Dracula X Chronicles and Bomberman would run at 30 fps without issues. With more demanding ones like GTA Vice City, I experienced choppy audio, especially with radios while driving and performance would fluctuate between 20-30 fps. 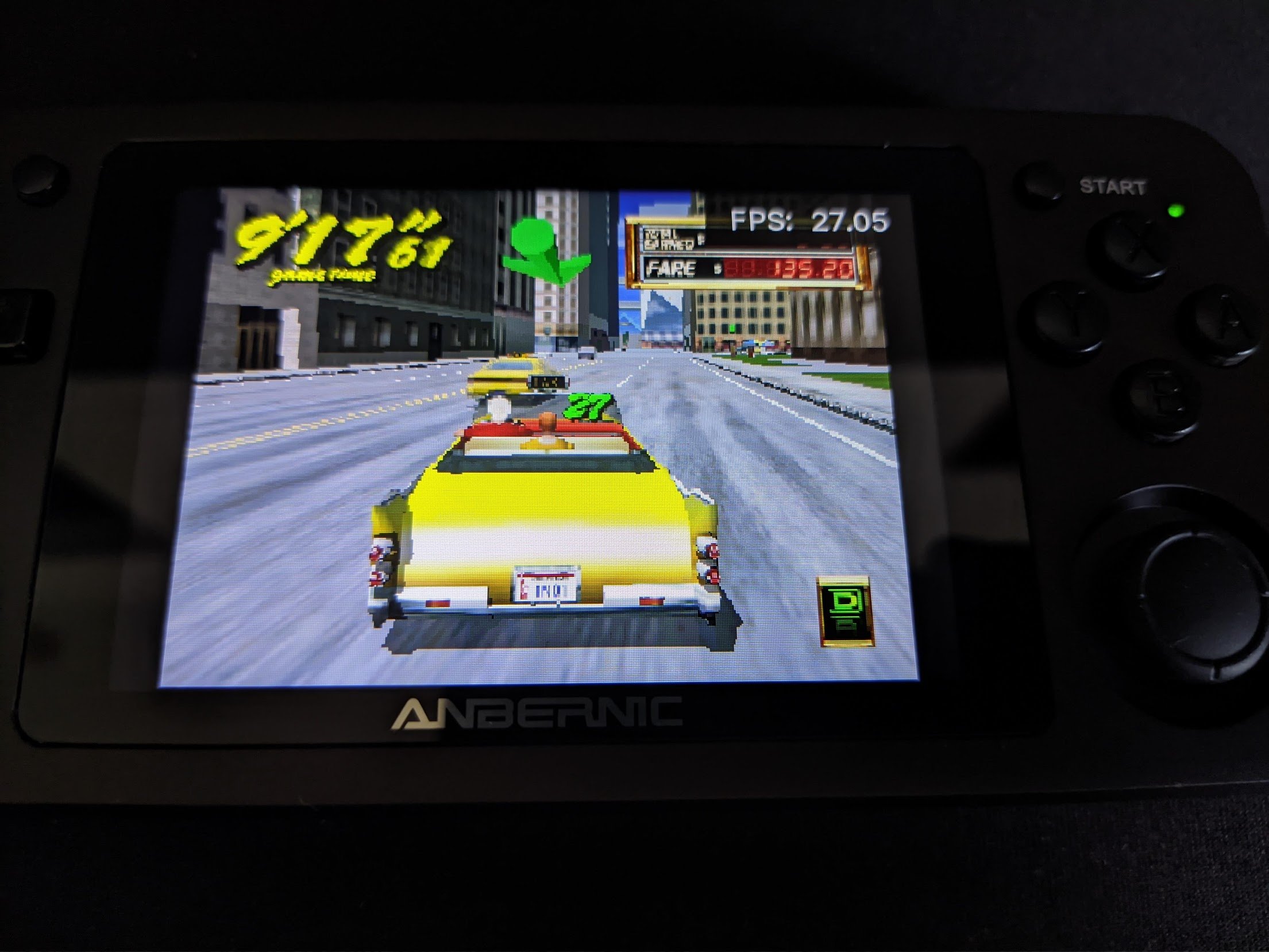 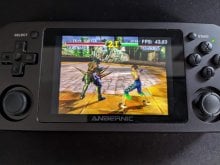 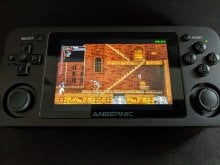 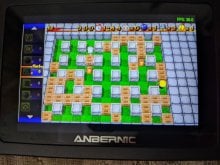 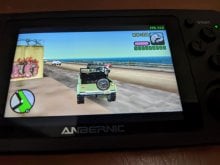 There’s also a learning curve to the software where you can try to get better performance for some systems by fiddling around with the settings like the rendering mode, plugins and frame skips but these aren’t very user-friendly from the get-go.

If you take a look at the pictures above, you will notice that many emulators have black bars on the sides. This is due to the RG351M’s 3:2 aspect ratio. Most retro consoles rely on a 4:3 aspect ratio so if you don’t want weird scaling and distortions, you’ll have to get used to those black bars. However, the 3:2 aspect ratio is what the Game Boy Advance relied on and this is why I say the RG351M might be the best GBA alternative out there.

This device’s 480x320 resolution is 4 times that of the GBA (240x160) and makes every GBA game you throw at it look gorgeous and upscaled; and they might even look better on the RG351M than they do on the original GBA. Compared to the latter, the RG351M packs the same form factor (albeit with more buttons) and delivers satisfying button presses but has a vibrant, backlit IPS screen, packs a premium build and can hold tons of games with customization support. Since it’s running on RetroArch, you can play games like Boktai that require additional hardware without any issues, save/load at will, load cheats, add filters and perform other tweaks you wouldn’t be able to do on the original console. 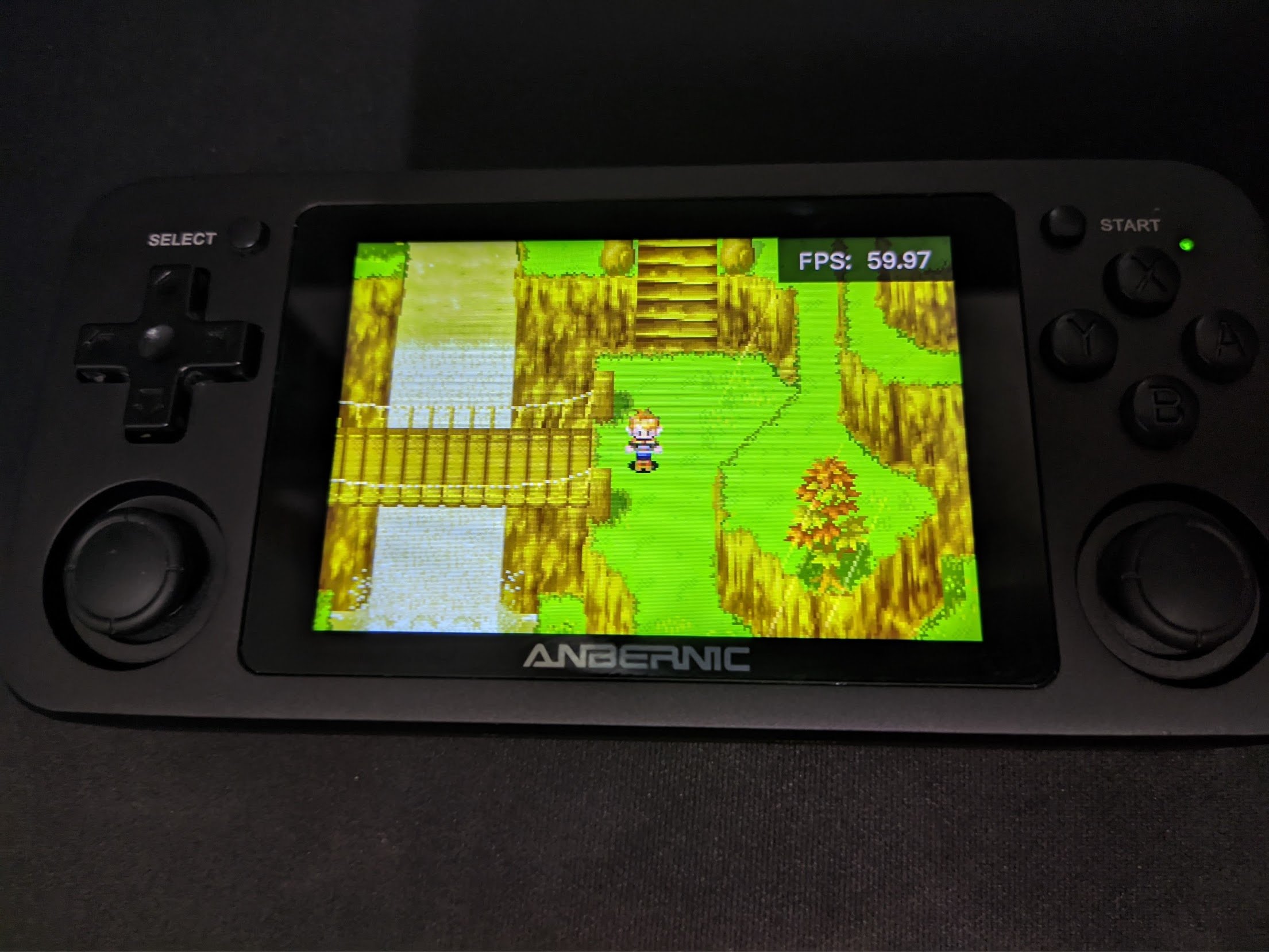 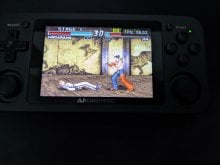 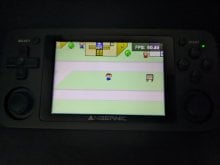 It’s not exactly cheap at $135 on the official store but if you’ve been looking for a replacement for your GBA or a console to play your GBA library on, the RG351M will deliver one of the best GBA experiences out there.

GBA emulation is the main use I have for the RG351M and it feels really great for that. The other supported systems and features are nice add-ons but the screen’s 3:2 aspect ratio doesn’t deliver the most optimal experience for those. Maybe Anbernic will release a landscape RK33260-based device with a 4:3 aspect ratio but that would still be an incremental upgrade to the JZ4770. But there is still momentum to be had with the RG351 as community creations continue to exploit its potentials like RetroGameCorps recently teasing getting LineageOS (Android 10) on the device.  So the company might still focus on this processor for now.

But for their next device, I would rather Anbernic opt for a more powerful processor and a 4:3 screen that can handle newer systems better as with the RG351M, they showed how the experience of a beloved retro console can be enhanced. 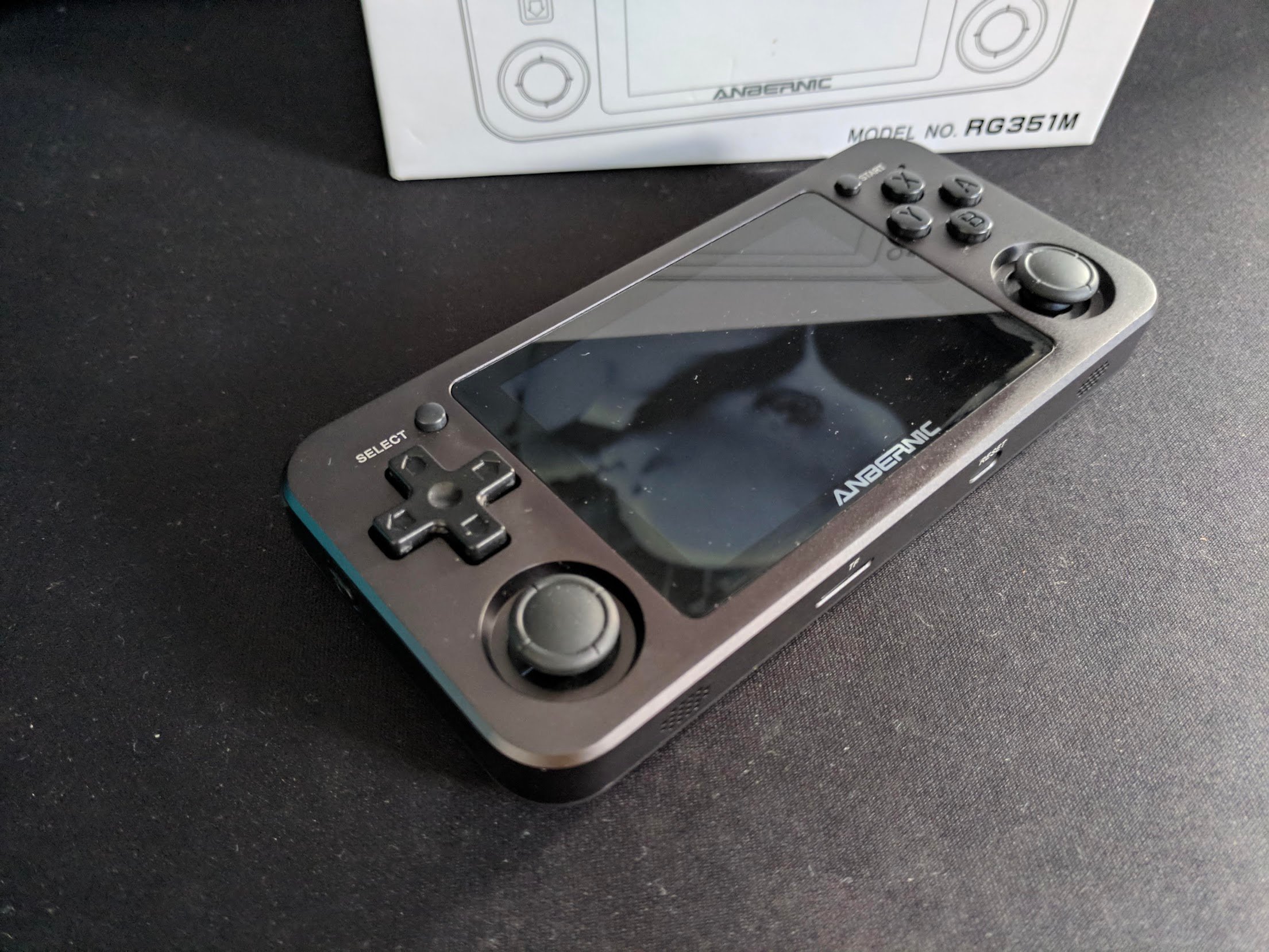 If you are considering to get an RG351M of your own, you can head to the official store here. 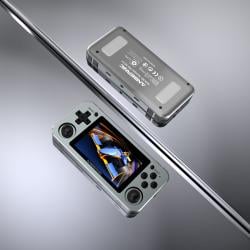