MOQI’s answer to the booming mobile gaming market is quite the no-brainer: PS Vita form factor with Android smartphone features and voila! You have a gaming smartphone for the 2019 market! 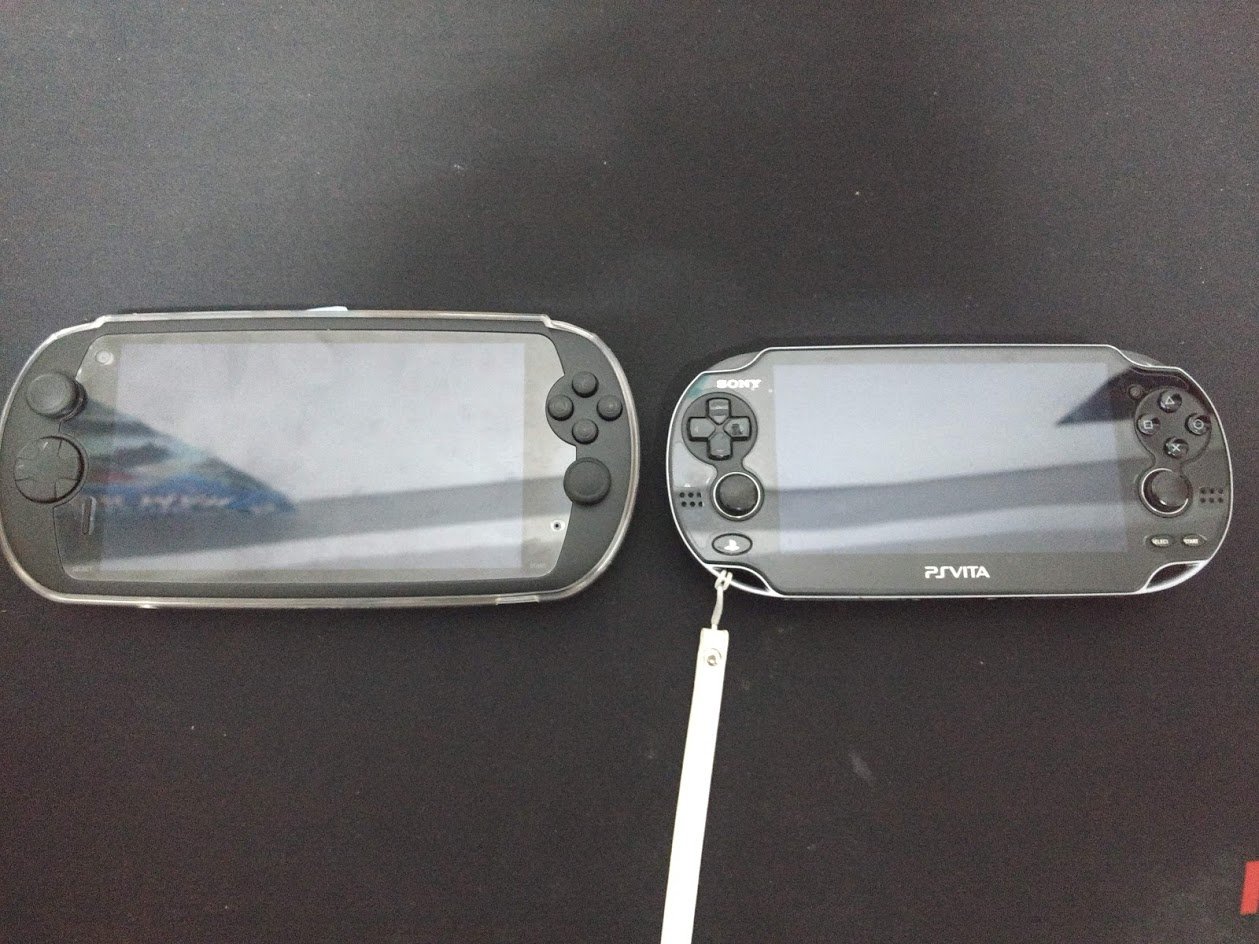 On the right is the MOQI I7S and on the left is the handheld console Sony forgot it created.

Out of the box, you get a USB-C cable and charger, instruction manual, and a screen protector. You might want to invest in the silicone case the company is selling separately or even the hard carry case for extra safety. They fit the device neatly and I would recommend purchasing at least one of those. The device's build is mid-range, featuring a matte finish on its plastic chassis, and won't break so easily but it won't hurt to be extra careful with this $350 piece of tech. 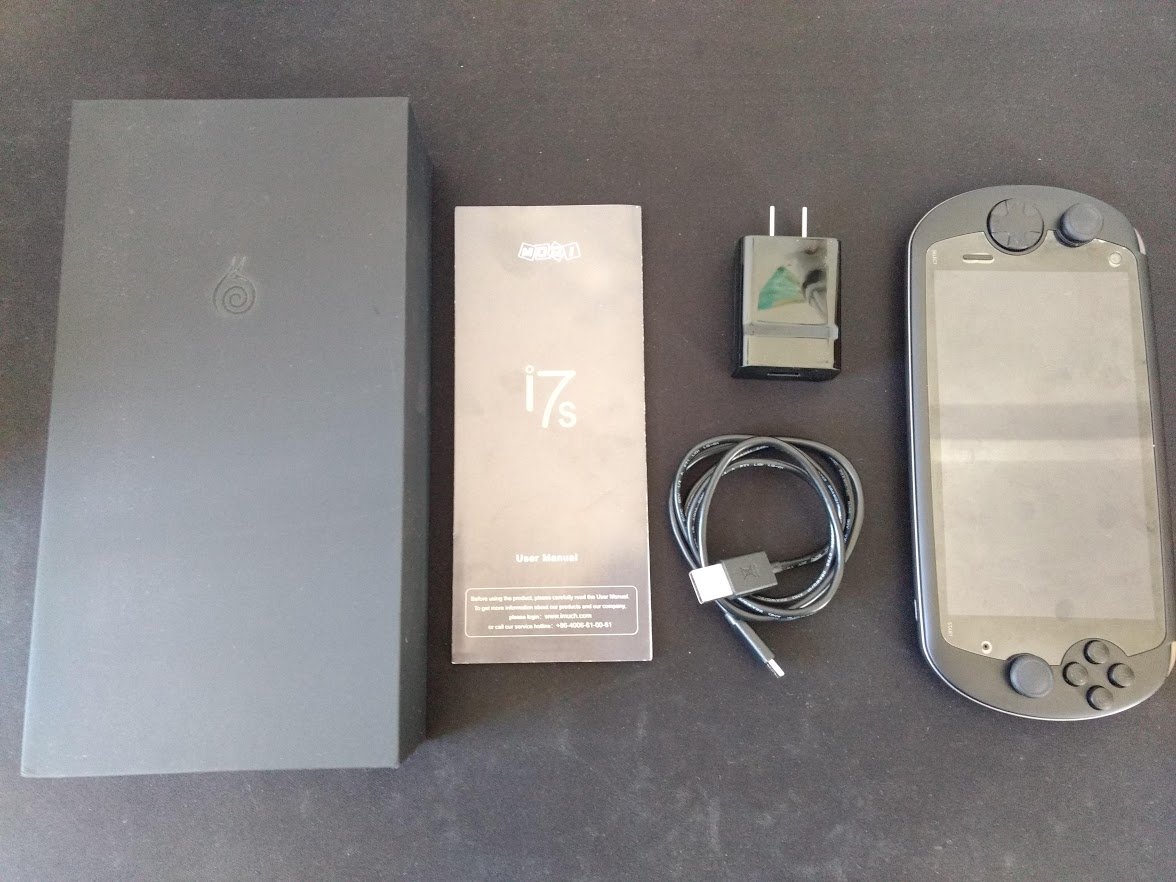 For detailed specs, refer to the below images, courtesy of MOQI: 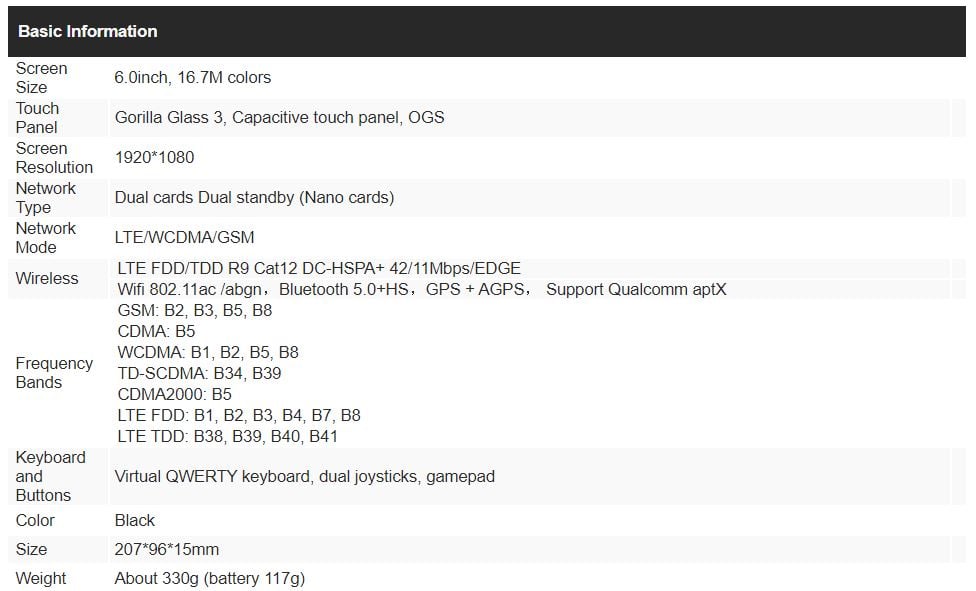 Weighing about 330g, this 6” screen-size phone does not really look like one. Featuring two non-clickable joysticks, a D-pad, two shoulder buttons, touch-based Start/Select panels, and placeholders for X/Y/A/B (Mountain/Water/Sun/Moon respectively- confusing at first but I got to appreciate it as it prevents ambiguity with the button naming when swapping between Nintendo, Android, and Sony games), the MOQI I7S screams gaming device at a glance. 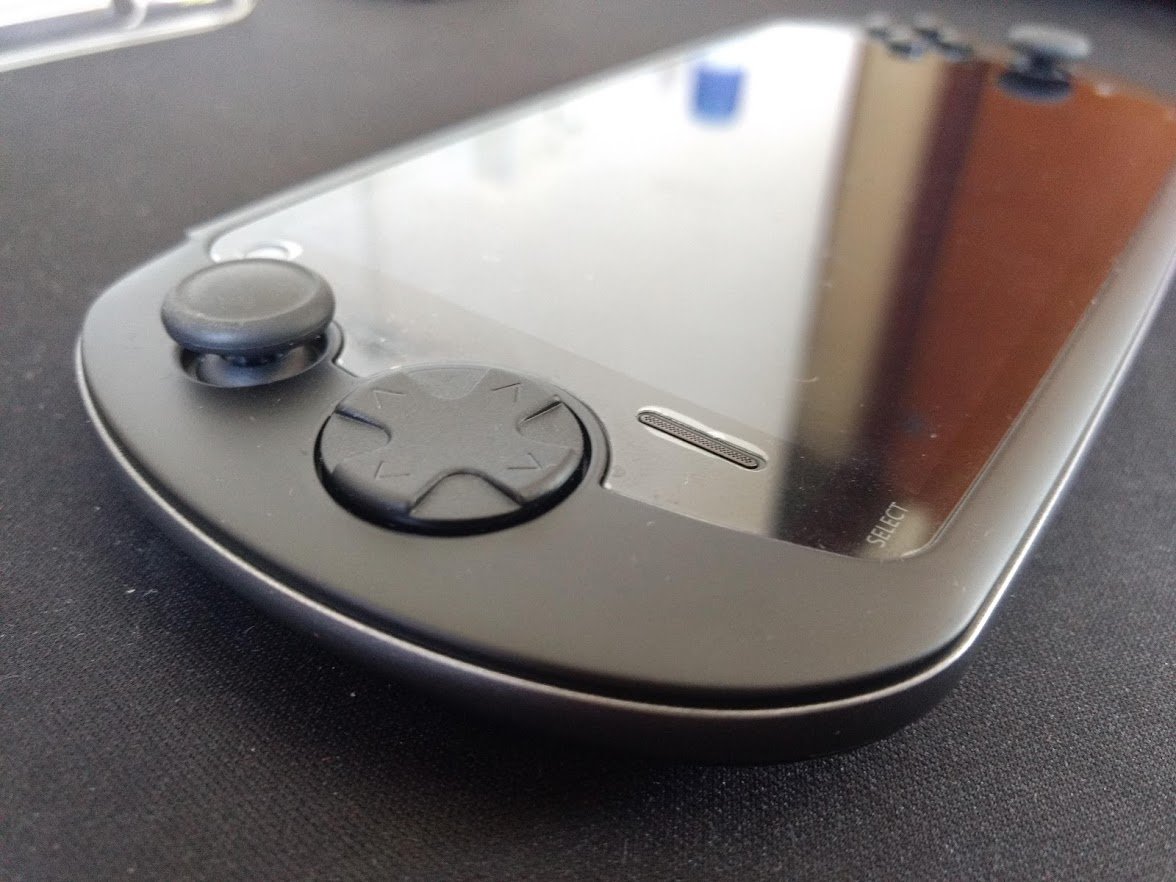 Upon closer look, you’ll start to notice its smartphone features: a 5 MP front camera, a 16 MP rear camera, and taking out the back cover, you’ll see two nano SIM slots, a microSD slot, and a removable 6,000 mAh battery. The MOQI I7S runs on Android 8.1 with a slightly customized UI (called MUCH UI), with regular upgrades planned by the company, and sports a Snapdragon 710 chip. With its 6 GB RAM and 64 GB ROM (expandable up to 256 GB via the microSD slot), the MOQI I7S runs any Android game you throw at it without any issues. PUBG, Call of Duty Mobile, Life Is Strange, Telltale’s The Walking Dead… you name it, and it will run it! On top of being able to run the latest Android games flawlessly, the device’s built-in button mapping function for games that don’t natively support physical buttons will allow you to have a “console-worthy” experience, even if the mapping can get a bit finicky. MOQI’s built-in app also provides the option to create your own macros and link combination of buttons at a single press. 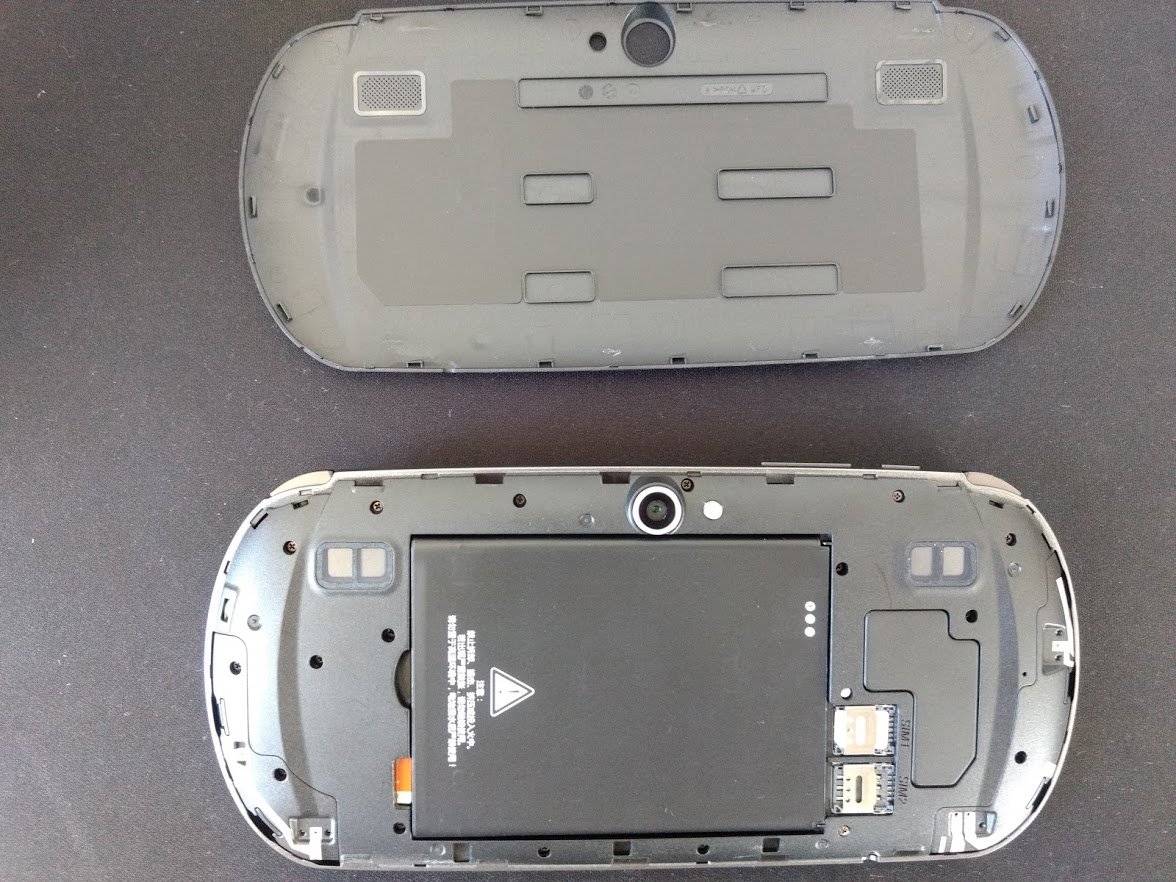 Android and low-end retro consoles games are the ones that run on the device without any issues but with some more graphically-demanding consoles, I’ve come across performance issues. For GameCube titles via the Dolphin emulator, it depends on the actual game you’re playing. Metal Gear Solid The Twin Snakes runs perfectly, while performance drops in Twilight Princess at certain points. PSP emulation also suffers from similar issues but surprisingly, Dreamcast titles ran at a constant 60 fps via the redream application. These issues are indeed bothersome but unless if you are really nitpicky and want an authentic, flawless emulation, you could technically still play through those titles with some patience. You can have an idea about the performance of the device and some issues faced in the video below:

MOQI advertises the I7S as using a liquid cooling mechanism and I have not come across any noticeable overheating of the device even when running demanding games. This makes for a comfortable gaming experience for extended periods of playthroughs.

Despite having rather good speakers, their positioning at the back of the devices makes for an odd choice. They can easily be muffled by your fingers and also won’t sound as loud as compared to front-facing speakers. Thankfully, the MOQI I7S also features the now increasingly-elusive headphone jack so you can just plug in your best headphones for retro gaming galore.

Even if the device supports Qualcomm QC 3.0 fast charging technology through its USB-C port, the same port does not support a video out function. This would have really boosted the gaming possibilities of the device like hooking it up to a monitor and enjoy games on a larger screen with a Bluetooth controller for single and/or multiplayer gaming sessions. However with the built-in cast function, you can still cast your screen to devices that support the function but there might be some lag as I experienced by casting to the Nebula Capsule projector. For these reasons, a USB-C video output function or even a built-in HDMI port would really make gaming on a bigger screen seamless.

Using the MOQI I7S as a phone is possible, even if not recommended, unless if you want to bring back another type of “taco phone” “style”. To make and receive calls it’s better to pair it with a Bluetooth headset or use one via the headphone jack or be prepared for a uniquely awkward situation by placing the device next to your ear to make calls.

Browsing the net and streaming videos on its HD 1920x1080 screen is fine, even if it needs some getting used to with its 6” screen. But the extra real estate that screen provides is a great plus and really gives an experience that is between a phone and a tablet—essentially a phablet experience. I had no issues running apps like Facebook, Twitter, YouTube, Chrome and Spotify.

One of the best features to use the MOQI I7S as a smartphone is the removable battery. On top of its beefy 6,000 mAh capacity which lasts longer than most current phones, the ability to carry a spare one and just swap it when you’re low on juice is just perfect and gives users peace of mind without the need to be constantly on the lookout for a power socket. 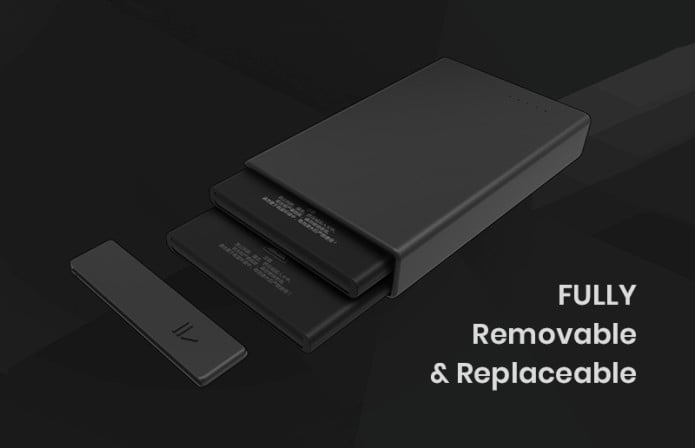 The built-in cameras are alright but certainly aren't the best around, especially when it comes to aperture. You can see this in the comparison pictures below taken with the MOQI I7S and a Moto Z Play. The I7S' camera functions best in daylight or in a well-lit room, and in comparison, the Moto Z Play's shots produce warmer colors:

If you want to make the MOQI I7S your primary phone, it's definitely possible but get creative: pair it with your smartwatch to get notifications, use a Bluetooth headset for calls, and if you can to go the extra mile, you can even pair it with a keyboard to really bridge the gap between a phone and a tablet to use both for work and play. 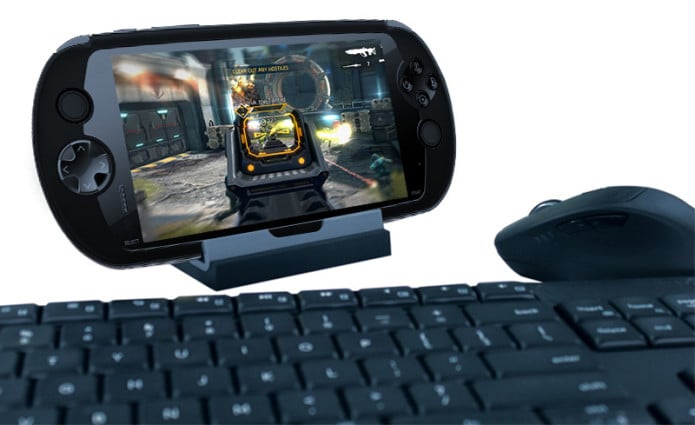 Even if the company can still fine tune the device, the MOQI I7S is one of the best Android device I’ve used in years for gaming. I have been looking for a replacement for the Xperia Play since it was shelved and settled on the Moto Z Play with the gamepad mod but it does not run all games smoothly, especially when it comes to emulators. The I7S on the other hand handles most emulators and Android titles without any issues and even with the ones that I’ve came across, I could overlook them most of the time as the device’s physical buttons, portability, and full 6” screen size to game on compensated, for me at least.

However, the MOQI I7S remains quite the oddball. If you're looking for an Android device to play Android titles with the bonus of having physical control, you can't go wrong with the I7S, especially given its remappable buttons and macro settings. For emulators, it does a very decent job but you might have to go through some trial and errors and try to fiddle with the emulator setting for consoles like the GameCube and PSP for a better gameplay experience.

Nevertheless, I am eager to see what the company comes with next. Hopefully a more pocketable device that can be used as an actual phone like the Xperia Play's sliding gamepad or Moto Z with mods, which also supports video output to game on bigger screens. MOQI has been on the right tack and I hope they stick to it and only improve with their upcoming devices.

Verdict
You, Scott_pilgrim, Yayplez and 4 others like this.
Unlike this review 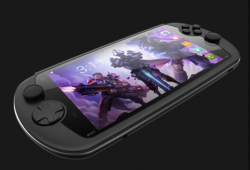