The new “generation” of retro handhelds is here and the RK2020 from BittBoy is among them. Based on the RockChip RK3326 processor, it offers the potential to emulate N64, Dreamcast and even PSP games. Is it worth looking into?

While Xbox and PlayStation are battling it out for being the best next-gen gaming console, another so-called generation of consoles is also unfolding but in the retro handheld scene. These new devices run on open-source firmware to offer emulation of retro consoles like the NES, WonderSwan and PlayStation. While a niche scene, it’s an active one with an enthusiastic community behind it. Part of this ecosystem are devices that I previously reviewed like the New PocketGo V2 and the RG350P, with the latter leaving a strong impression, especially on the hardware front. But on the software side, it’s always finicky with these handhelds and they don't offer the best UX out there. Additionally, these handhelds that I mentioned would offer decent emulation only up to the original PlayStation but not for the N64 and beyond.

However, several recent models on the retro handheld market are adopting the RK3326 processor, which is powerful enough to even offer PSP and Nintendo DS emulation, in addition to older systems. Generally speaking, the ODROID-GO Advance (OGA) set the standard for RK3326-based handhelds, with several dedicated firmwares developed for the system and strong community support. Other RK3326-based handhelds from other companies are labelled as OGA-clones due to the unmistakable design inspiration and even adopting the same OS.

The device under review today, the RK2020 from BittBoy, is one such OGA-clone. BittBy isn't foreign to copying other consoles and the company wasn't shy in doing so with its RK3326 console, which adopts the OGA's form factor and button layout, only with rounded edges. But then again, we're talking about the grey zone of emulation; so who's to be blamed is up in the air. Once noticeable difference between the OGA and the RK2020 is that the OGA comes disassembled for the user to mount, but the RK2020 comes as a ready-made unit, ready to play with the following specs, at a competitive price: 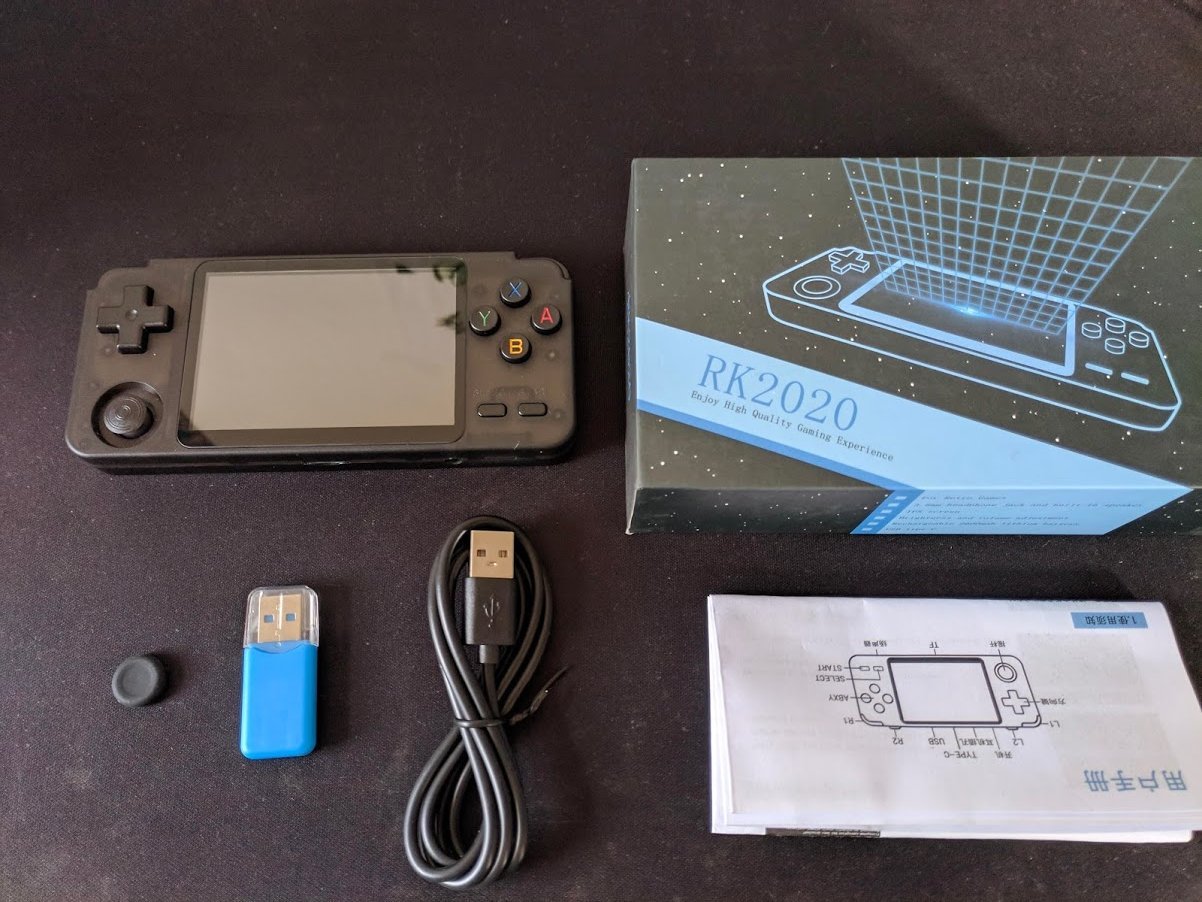 At the time of writing the RK2020 is priced at $70 (or lower, depending on where you look) and while the price might be attractive, its cheap cost reflects on the console.

The unit I received is the Crystal Black model, and while it can entertain you with retro games, it can also entertain a baby by doubling as a rattle. Indeed the device’s buttons, especially the L2 and R2 buttons, fit rather loosely in the casing, leading to a noticeable rattling sound whenever you move the device.

The build quality feels plastic-y but ok for the price. The buttons also have the same finish and don’t offer the RG350P’s satisfying soft and gentle button-press feedback. However, I did like that in the RK2020, the face buttons are relatively large, making for more comfortable and precise presses. Shoulder buttons on the other hand are still the same as with the previous generation devices, requiring some reach to press, given the size of the device itself. 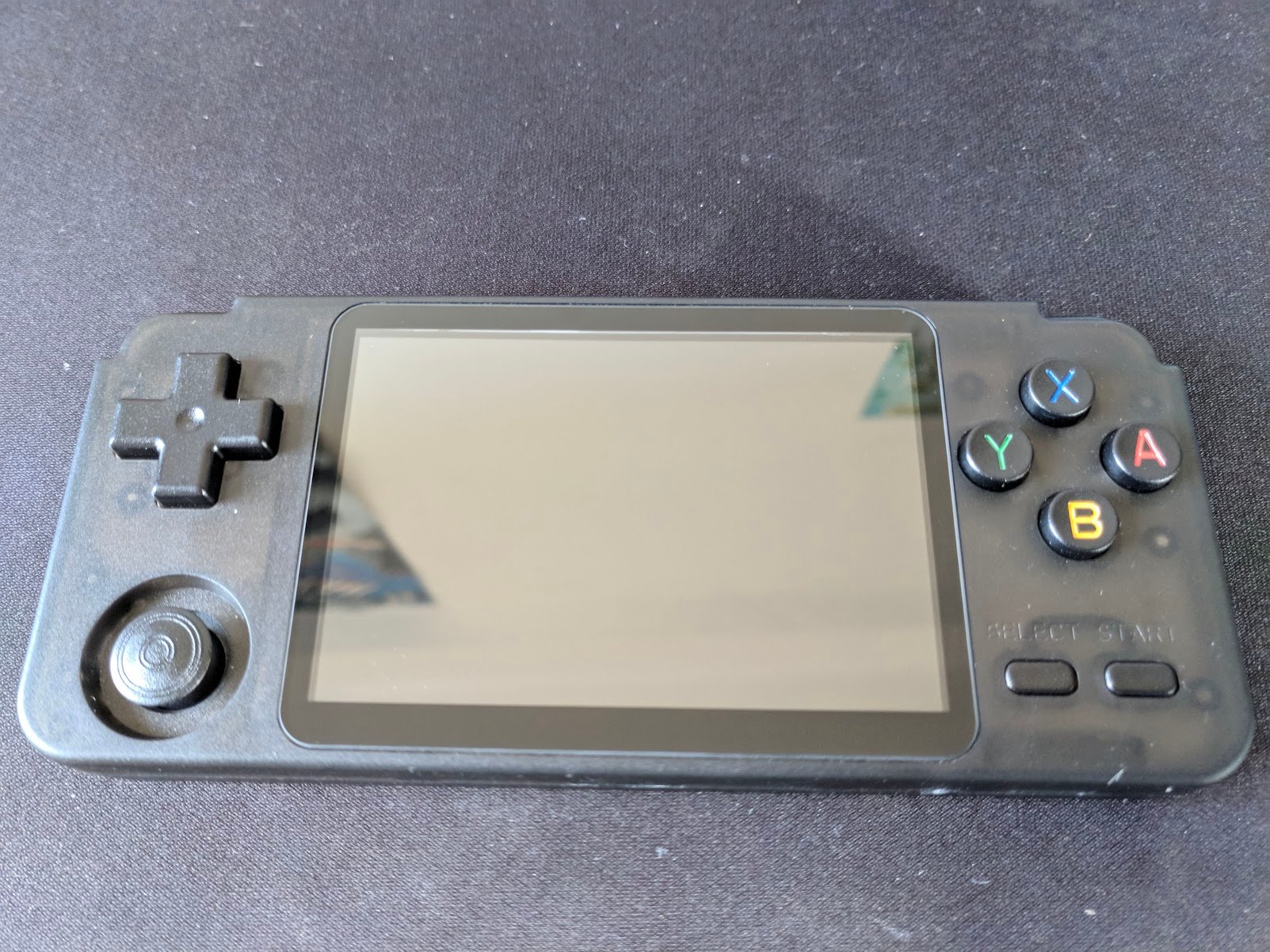 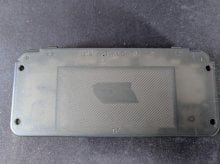 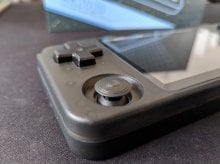 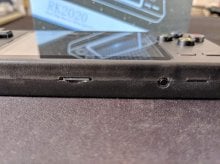 But the cheaper build quality and assembly leads to noticeable backlight bleed on the sides of the screen. This is especially noticeable if you’re gaming in the dark or poorly-lit room, and you can imagine how distracting this can get. But importantly, it's a sign of an unpolished product. 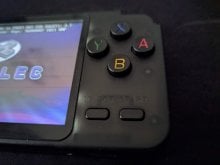 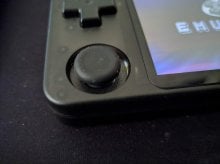 A major issue in this device is that it takes forever to charge. After draining it and plugging it for 2 hours, it barely reached 50%. Additionally, the device switches on whenever plugged in, with the screen staying on the homescreen; there’s no way to let it charge and be powered off at the same time.

However, even if the RK2020 got released a few months ago, I learnt that BittBoy issued a revised model shortly after with less rattle, faster charging, the ability to be charged while off and fixed the issue of overheating. This move raises questions regarding whether BittBoy is customer focused or just wanted to release an RK3326 device at a competitive price as a cash grab. It seems like the company is using its customers as QA testers rather than having dedicated QA testers who will help make a polished product. This was a major disappointment, especially those who adopted the first version of the device; but the disappointment did not end there.

Another noticeable drawback is the blatant lack of a volume rocker. If the GameBoy - which BittBoy has clearly inspired its devices from - itself had a volume rocker back in 1989, then the RK2020 has no excuses not to include one in its hardware. I could overlook the poor build quality but the omission of such a crucial feature of any gaming handheld cannot be overlooked. In order to adjust the volume on the RK2020, you have to rely on a combination of hotkeys (Select+L2 and up/down on D-pad). And this lack was not addressed in the "revised" model.

Furthermore, the console only features one speaker on the underside, right side (also not addressed in the "revised" model). It really offsets the audio experience but thankfully, there's a headphone jack to listen through headphones. It doesn't seem like BittBoy learnt from its previous systems to improve on its latest console but rather focused, once again, to copy on an existing device rather than offer something more compelling and original.

The device in general has an over-reliance on hotkeys. This is due to the fact that even if the RK2020 is an OGA clone from hardware to software, the RK2020 lacks the 6 buttons that the OGA has below the screen. And since the RK2020 is piggybacking on the OGA’s firmware, it comes with compatibility issues that need you to rely on key combos whether it’s to access an emulator’s menu in-game, adjust the brightness or control the volume. There’s no straightforward way to perform these simple, yet crucial functions, despite the abundance of physical buttons on the device.

Still on the issue of simplicity, there’s no simple way to load in your own ROMs on the RK2020. Unlike the previous “generation” of retro handhelds which came with 2 microSD cards, one for the OS and another for ROMs, the RK2020 comes with only one microSD which holds both the Linux-based OS and ROMs.

If you don’t own a Linux-based computer, you will need to go through more hoops in order to load in your favorite retro games. To access the partitioned system files to copy my ROMs, I had to download an additional tool, the Paragon Linux File For Windows software which ended up corrupting my microSD card, rendering the firmware unstable and prone to crashes. A safer way is to transfer files over WiFi but you’ll need to purchase a separate dongle for that and plug it in the USB port on top of the device. Here again BittBoy blatantly copied on the OGA rather than improve on its own hardware and include a WiFi module to facilitate ROM transfer for its console's adopters. But alas, this is not the case, and the company does not even provide a proper guide regarding how to transfer your ROMs. It's all up to you to figure out. 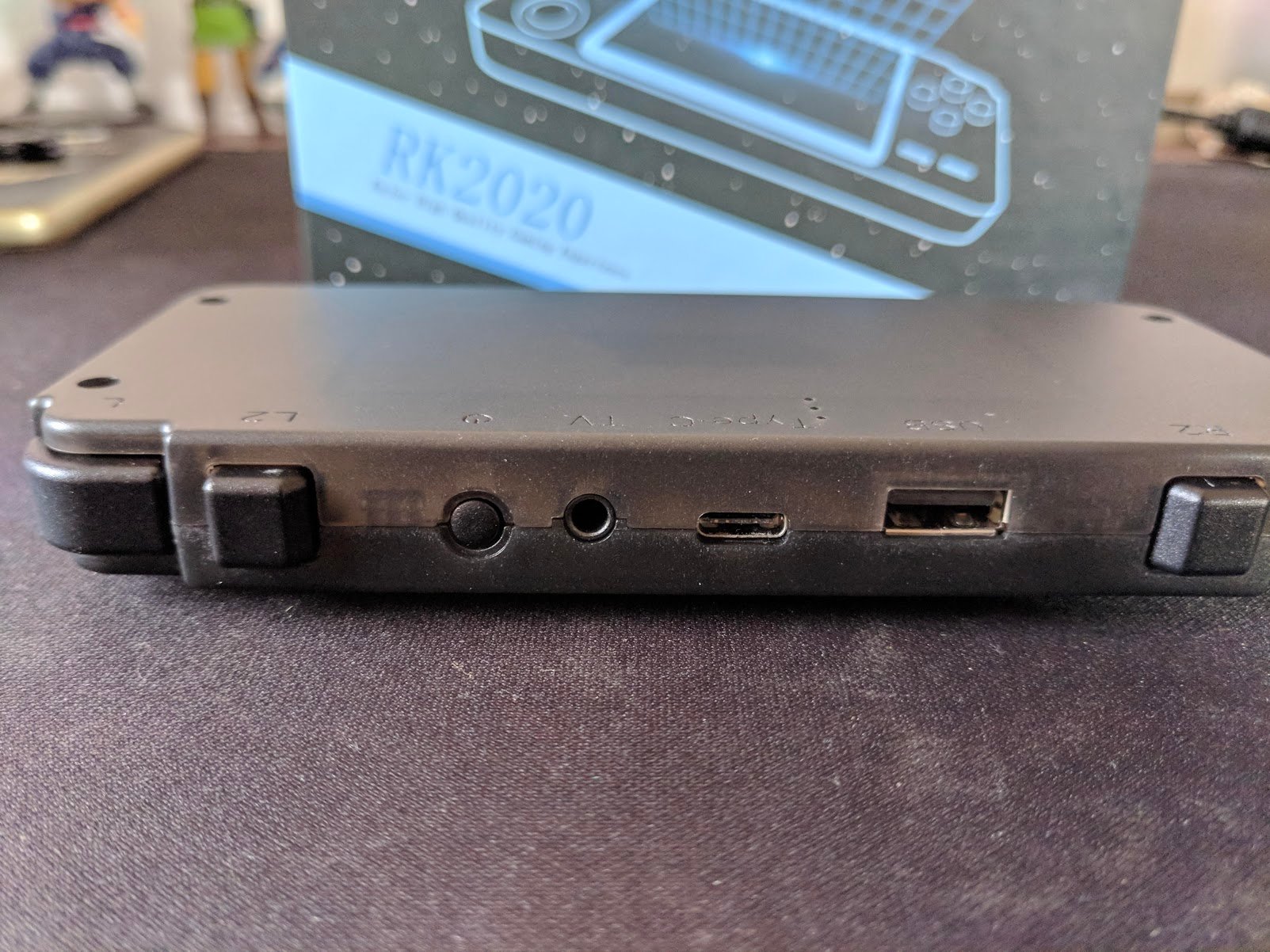 When it comes to the actual emulation, the RK2020 should offer similar performance to the OGA given that it packs similar specs. The RK3326 chip fares pretty well with older systems and the 320×480, 3.5inch IPS screen of the RK2020 offers vibrant colors for on-the-go gaming. It performs best with older consoles like the GBA, SNES (even games requiring the Super FX chip) or even the original PlayStation, whose games run at full-speed or nearly full-speed. Dreamcast and N64 emulation are also quite good, with some games like Shenmue and Ocarina of Time facing choppy audio and occasional drops in frame rate, but playable for the most part. Golden Eye on N64 had serious graphical issues, on top of the audio ones, where environmental elements would glitch in and out. As for the PSP, it’s mostly a hit-or-miss affair. Less demanding games play fine while others like Metal Gear Solid Peace Walker would be rather unstable, running anywhere between 10-20 fps. In general, less graphically demanding games from newer systems play better on the RK3326 processor. 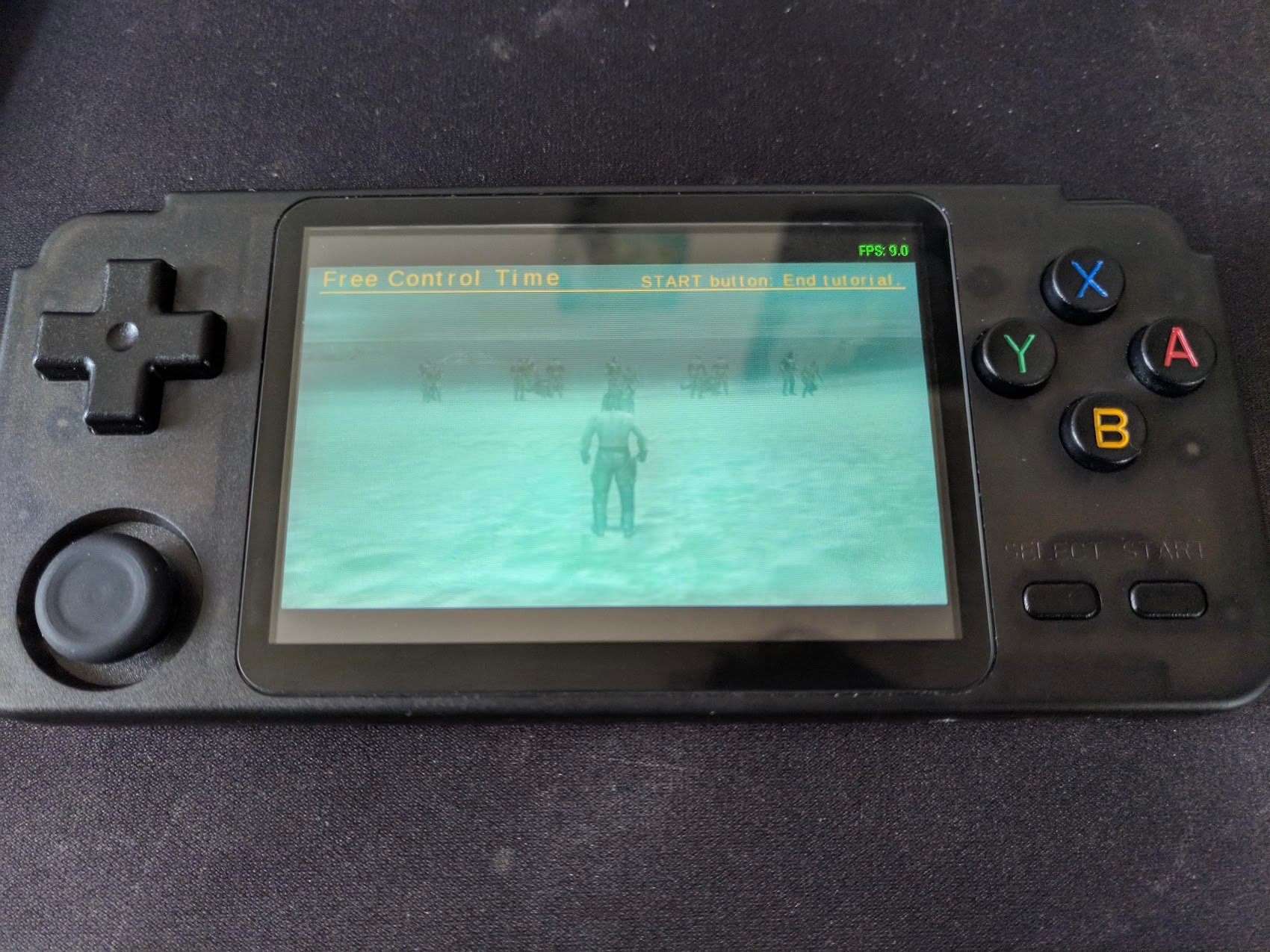 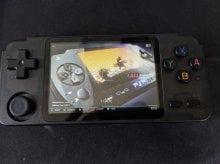 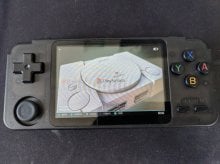 That’s talking about the built-in firmware (EmuELEC) and settings. The thing with these open source devices is that you can tweak the settings of the emulators and flash new firmwares that could offer better performance but it's extra work and the console isn't the best it can be out-of-the-box. For example, DS emulation works best on the Retro Arena FW rather than on EmuELEC FW while Batocera might offer better emulation performance overall. If you fiddle around, you might get decent gameplay but the RK2020 is not an out-of-the-box solution and not very user-friendly.

Even if the performance should be on par with the OGA, the RK2020 needs an OS of its own that would make for a much better user experience. But given BittBoy’s tendency to piggyback on others’ work, a dedicated RK2020 software might not happen any time soon, if ever. 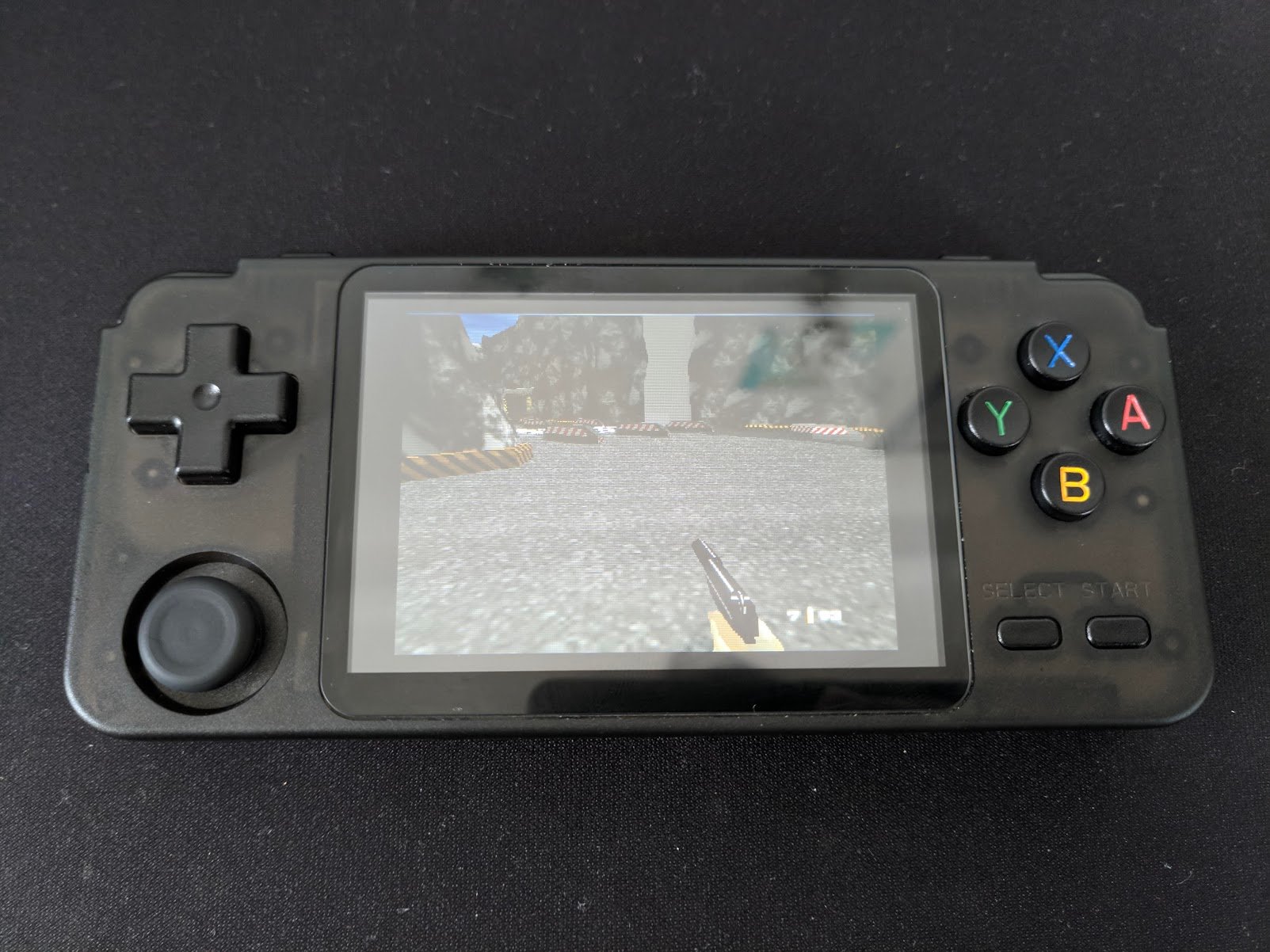 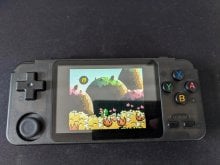 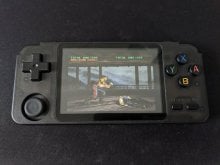 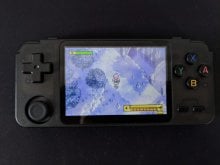 With its hardware issues, finicky controls and poor UX, the RK2020 makes a mediocre case for itself. You could consider it if you want a cheaper, pre-built alternative to the OGA and don't mind fiddling around with flashing firmware and tweaking settings to find the optimal gameplay settings for you. But if you aren’t too much in need of emulation for more recent consoles like the PSP, you might as well consider BittBoy’s own New PocketGo V2 which is easier to use and offers decent emulation performance of older systems. If you still want to play PSP games, then you might as well go for an actual PSP or PSP Go. They might fetch for a higher price but the performance will be worth it.

While the RK2020 might improve with time thanks to FW updates, as it is of writing, it doesn’t offer a compelling experience enough to mandate a purchase. Hopefully improvements on the software side in the near future will overcome the hardware design flaws but let's see if that actually happens before investing in one. 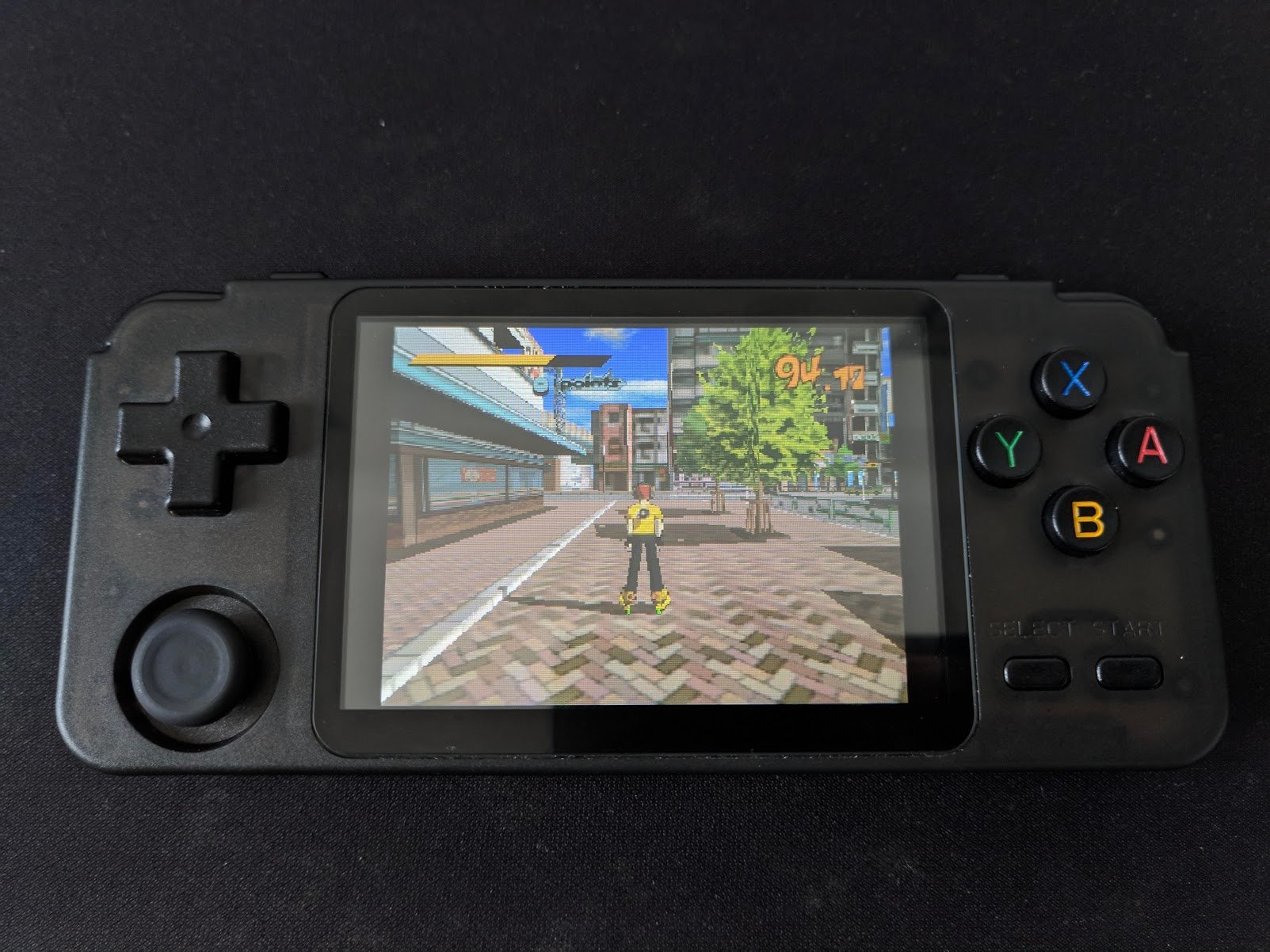 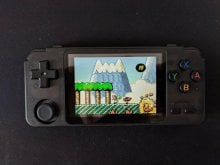 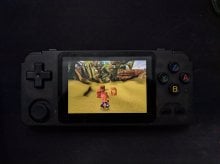 If you still want an RK2020 of your own, you can use the coupon code "EXME" on RetroMimi.