Homebrew Yet another vWii brick

Ok so I'm a bit of a moron and don't know if someone can help...

I'm trying to use GC Injects on my Wii U homescreen but was running into issues so in my "infinite wisdom" I used ModMii in vWii and updated my IOS's with the Wii ones....not vWii...

So, If I had vWii IOS58 v6432.wad, I should still be able to load in to vWii and untangle this mess?

I have my syscheck file from ModMii before the update and the stack of IOS wads it downloaded so I’ll assume that’s the ones it overwrote... if I dump another vWii is there a process to overwrite my iOS’s?
F

Really this is just a confirmation of the process going forward.
1. Retrieve NAND backup myself else where (I ask first because I know with like a Xbox 360 the hardware ID has to match if I were to replace the optical drive... nothing like that in place here?)
2. Extract said NAND back up and get my IOS’s in wad form for Yet another mod manager.
3. Do the WiiVC inject channel and write all the official IOS’s back to console (or should I FTP them to the console instead)
4. Profit...????

Going to follow up on my own post and say all is well. Got my IOS’s off a second Wii U and using the channel inject for wad manager, did a clean reinstall on the vWii IOS’s. Booted up and updated the cIOSs using the PROPER vWii ones and now my GC injects work as well. Quite the treat to play GameCube through HDMI which was the original goal. 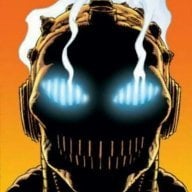 Hi FeedBack20. Do you have this IOS from another Wiiu? My vWii has a blackscreen too.

G
Hacking Newbie here- How do I install WADs on my Wii U without bricking my vWii?