Hacking Yet Another BlueDump Mod not detecting my USB Flash Drive 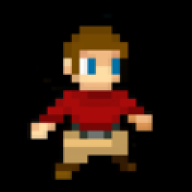 I was following this guide so I could install the USB Loader (was going to install Configurable Loader Mod originally) on vWii since my Wii U has a hard time running discs in vWii mode (Most of the time it won't even read the disc). When I got to step 6 of the guide, when I launched "Yet Another BlueDump Mod" it said that it couldn't mount either my SD card or USB flash drive. I was running this off of my flash drive since my computer won't detect my SD card anymore. Is this a problem with me running YABDM off of my flash drive or is there now a better app I should use to get the "Clean IOS" files I need in case of a soft brick? I'd hate to continue through and end up soft bricking so that I wouldn't be able to play any of my wii games again.

EDIT: I found a better guide on the forums that is more up to date (probably should have looked at the sticky forums first) but since it's still using YABDM this problem still remains. I can't find a way to dump the IOS files into a wad since the program will error out since it can't access my flash drive even though it clearly can (otherwise the program wouldn't even load). Is this just because of me running it off of a flash drive instead of a SD card? I can try getting a new SD card to help with it but it would be a lot more convenient to be able to just use my flash drive instead.
Last edited by studkid, Mar 15, 2017

Is there anyone who knows what's going on? It seems like what I am doing should work but it just isn't working like I think it should.

T
Homebrew I done messed up, talk me back to the light...

@ Julie_Pilgrim: csgo is so cool *sigh* i wish terrorism was real... 38 minutes ago
Chat 0