Issue: I've downloaded Eumiibo via the homebrew store and I downloaded AmiigoMod with it as an interface. So I went into Amiigo and downloaded a few amiibo's to try out to see if it would work. After that, I went ahead and restarted my system so that Emuiibo can activate and turn on (I already made a boot2.file, but its a text file since people just kept saying to make that file) but it crashed when I went to use it. So I removed AmiigoMod and Emuiibo via Homebrew Store, reinstalled Emuiibo, and tried using Tesla Overlay instead. I activated autostart and again, restarted my system, and checked Tesla Overlay to see if was active. It was. So I go to the Emuiibo overlay, click it, and it crashes while the overlay is still active. It also says while I open it up that the version is 0.0.0, so that has me a bit concerned. While typing this, I looked in the Emuiibo file (atmosphere/contents/ 01...0352/flags) and the file that I made previously (boot2.flag.txt) is there along with a proper boot2.flag file.

Edit: Using fusee-primary.bin as the payload
Sort by date Sort by votes 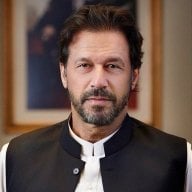 i just want to add, that since i updated to ams 15.0 from 13.0, i'm having exact same issue ... also i was not able to run LOZ BOTW with this update until i deleted emuiibo overlay, emuiibo data in atmosphere/content folder and emuiibo folder in sd card root.

is there any alternative to emuiibo that wouldn't cause some games to stuck on loading screen? it would be awesome to have emuiibo overlay working in atmosphere 15.0
Upvote 0 Downvote
L


go to this page and download these two files, they are updated, one enters the microsd and the other is to create the amiibos this version only works for the most current system and you can create all the amiibos at once, do not activate the part of random because in smash it crashes just activate images and the amiibo and voila
this version works with tesla
Upvote 0 Downvote

Homebrew Question How to Use Emuiibo 0.4

@ The Real Jdbye: i just saw a video yesterday that mentioned how it's a good thing 1-2-switch wasn't a pack in... 22 minutes ago
Chat 1