I'm having nostalgia again. Must play old Pokemon games.
However, I'm concerned about the battery life left in my games, and thus I need a N64 + Pokemon Stadium (either 1 or 2) + Transfer Pak + controller.
Unfortunately, eBay has them with outrageous shipping prices and my eBay account was restricted anyway so I can't use it. Sucks.
What's my best option? (Play N Trade, Craigslist, here on GBAtemp, maybe something else) 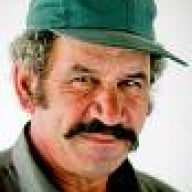 craigslist will probaby work, or the WTB section in the trading forum here.

Check all the gamestops and eb games in your area. I remember about a year ago I found an N64 + a controller + Pokemon Stadium 2. All for $35.

goodwill... lols... dunno if they have those where u live though...

look out at your local pawn shops, they useally have a lot of retro stuff for sale.

I've been on the hunt for old consoles and I went to 2 goodwill's today and they each have a little tiny corner devoted for electronics and all there was was keyboards and dvd players and stuff. I'm really lucky to have a shop called VideoGame Star that just sells old consoles and stuff. I want to get some pics of the inside of the store. You would be amazed. There literally hundreds of old sega games on the wall, Theres a huge rack of dreamcast/gamegear and mega drive. There giant walls of things like at the video store where the videos are except imagine the videos replaced with NES, N64, and SNES games. And then under the counter behind glass are vintage counsels like Atari 2600 and virtual boy that are not for sale. Behind the counter is like at least 50 more NES and SNES games. Also on the top along the wall is a rack displaying all of the consoles that are for sale like NES SNES Saturn Dreamcast Xbox Gamecube N64 just to name a few. They also sell things like Yobo, and FC Twin which are both 3rd part NES and SNES consoles. They also sell peripherals like controllers and stuff. They have NES controllers for 8 bucks! This place is amazing and I wish i worked there, hell I wish I lived there. The people that work there, all they do is sit in the back and play video games and eat pizza. Every time I go in thats what they're doing. As if thats not fun enough, they get to go talk about video games with customers. Thats my dream job right there. I seriously cant explain how amazing this place is. I'm gunna go there tomorrow. I'd like to get pictures but I'd feel really alkward just whipping out a camera. idk.

S
Hacking Should I get a GBA x5 or a EZ Flash Omega ‘Definitive Edition’?