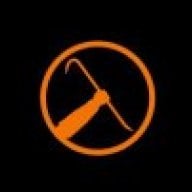 What it is, without the exact thing in front of me I can not say for certain but they are typically very cheap write once or worse (more on that in a moment) devices with a handful of games and pieces of homebrew on. Traditionally they said things like 50 in 1 but in practice they were 5 games and each of those 5 had a few mods, cheats or something similar applied at runtime or even straight up duplications in the menu; I presume this is what the "no repeat" thing refers to but my response to that is "I will be believe it when I see it" or "excellent, you have a cart packed/padded out with the smallest homebrew there is". In Europe and ones you ultimately find in European countries they typically get found in tourist traps, more commonly in the med and related places but ebay and more general places find them a lot too.

Technically speaking it is both straight up piracy of the worst kind (though many are not really that concerned about it) and technically speaking they are not usually that interesting as far as devices go. If it still works (a lot of these were made very cheaply and often even with a battery that eventually died and took down the rest of the affair with it) then someone might take it off your hands for a small sum but I would not expect good things/more than the price of a round or two down the pub.

tempBOT: Hleb has left the room. 3 minutes ago
Chat 2