Hi guys
Just wondering if theirs anyway to boot games off the SD card using usb loader gx or via a dol or elf. I lost all my wads and all i have left is content.bin files. Although if I have to I will re download them all. Also have SDHC and triiforce didn't work.
D

You can put the SD back into the Wii, copy the channels back to the Wii, then dump them again if you want "wads".
Unless the .bin files were not made on your Wii.
H

Got better idea now I'll waste the schools download but thanks anyway!

Let's start another "There are not 6GB of WADs worth playing!" thread

What's the problem with redownloading them? That's maybe 20 minutes.
H

I'm happy to end the thread now I got the answer I needed. Thanks

I think what the op was asking was maybe.. "can you copy VC/WiiWare etc to SD using the Wii, then use that SD card and triiforce to launch the games on another Wii"

The reason I think this is because my suggestion to copy them to the Wii is so simple compared to downloading them all again and he didn't like that idea ??

At present we have no way of either decrypting/extracting them on a pc that is released to the public, so if the .bin was not made on your Wii it wont work on your Wii.

Triiforce is great though because once you get VC/WiiWare decrypted and installed to a nand structure, you CAN take that round to a friends or copy it and play it on another Wii.
I've even seen nands with #insert huge number# of games installed ready to use on Triiforce uploaded online. 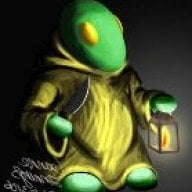 most VC / WW are crap anyway

But for those compulsive downloader triiforce can be helpfull...

How can I make a wad boot into an elf

@ Psionic Roshambo: Do you date chicks? Lol 2 minutes ago
Chat 1