Homebrew USBLoader GX not working / showing up with games 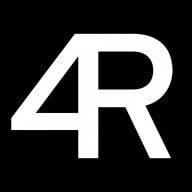 Hello, I'm new to this forum, and I don't really understand why USBLoader GX isn't working.
I have read dozens upon dozens of forum posts on how to fix it, and nothing seems to be working.
I got my Wii out today, and I installed everything up to USBLoader GX following this tutorial: (I know YouTube tutorials are frowned upon, but this had a lot of the same steps that most other ones I could find had.)
My homebrew is installed on a Kingston 1gb SD Card
I have several games on a 64gb SanDisk 3.0 USB drive, that I set up using Wii Backup Manager.
Initially, I had it set as FAT32 using the FAT32 format tool. (Not the one from this tutorial, one from a HowToGeek article)
I currently have it set as NTFS as I had no luck before with FAT32.
The drive is in the port closest to the edge.
I have system menu 4.3.
HBC version 1.1.2
USBLoader GX version Rev1271.
The games are in WBFS format. They're on the disk, that currently has nothing else on it as follows:
H:/wbfs/gamename [gameid]/gamename.wbfs
My Wii's disk drive is busted, so I can't copy over any of the games I have in disk format, hence using WBFS.
I've tried what feels like everything to get the games to actually show up.
They show up in WiiFlow, but not in USBLoader.
I've set the setting in PriiLoader that enables all regions.
I've tried using both NTFS and FAT32 file formats.
FAT32 launches, but nothing happens after it opens.
NTFS sometimes gets stuck on 'Initialize USB Device', but after a while it sometimes launches and nothing shows up.
I've tried a 32gb flash drive as well, and the farthest I got there was clicking the check in USBLoader to allow Wii games, but then everything (including the main menu channels) disappeared, and actually froze up meaning I had to hard restart the wii.
When I get into USBLoader and then plug the drive in, it says it isn't initialized and stops there.
I tried setting the Launch ISO to 58.
I have tried installing the cIOS three times following the tutorial on wii.guide.
I tried using ModMii, but I don't understand how it works at all.
I don't know how to perform / send a System Check
I have a GameCube ISO that I don't know how to even start with that.
Any help would be greatly appreciated.
Thank you!

having the same problem

you may have to put the boot.dol on your usb and set the path to usb, iirc. That solved a few problems for me. Key word: few.
L

mine says waiting for hdd and repeat all time ecen with no hdd.this happened after I made change with cios because the whenever I trued to open games it was kicking me out to the homebrew menu 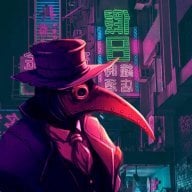 I dont dont do a ton of stuff with usb loader gx and the like cuz I use my wii on my crt and my wii u is for that sort of thing.

But I do remember having a lot of trouble with usb loader gx if you can have a look at some alternatives like wii flow!

OP is using a flash drive, which explains a lot: lad you can probably get hold of a 120 or 160gb external hdd for next to nothing, makes a world of difference. Flash drives are not reccommended, and if you absolutely must carry on using one, try Wiiflow instead, you should have more luck, but expect the thing to pack in working on you sometime!
Last edited by mightymuffy, May 9, 2021

A
USBLoader not identifying games

A strange problem on my usbloader gx

G
Gamecube roms not showing up

@ KenniesNewName: In speaking of china I guess they lost all my orders stuck at sorting since the 9th Yesterday at 10:46 PM
Chat 0