So i've been playing some gamecube backups off my usb (i have a black wii cant play gc or has GC ports) with nintnedont which lets me play with nunchucks but i was looking at some gamecube adapters and thought if they would work if i plug them in (the usb things) in the usb ports and would hope you could reply with an answer thanks! (also if it works i would probably put the games in my SD card its big enough )

Check the first post in the Nintendont thread. It has a list of known working controllers and adapters. It definitely works with the official Nintendo one.

ok thanks i also saw this adapter that plugs into the wii controller does it also work? 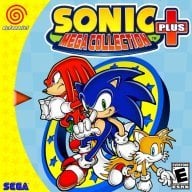 I had
https://www.amazon.com/Mayflash-Nin...sr=1-3-catcorr&keywords=mayflash+gamecube+wii
and it worked in smash bros wii and wii u as if it were a classic controller.

I however didn't like it as the gamecube cable would keep coming out during play. It came out really easy, maybe mine was defective, who knows. I have since lost it so I can't test it in nintendont.

However keep this in mind:

Hypothetically those adapters should work, but will act like a classic controller or classic controller pro. Which means the L and R buttons might get treated as digital instead of analog (Remember, I have not tried it and it may depend on who programmed the adapter), making games like mario sunshine difficult to play.

The official Gamecube to USB adapter from nintendo works great for me on my wii u.

I would test my adapter for you but it is lost... sorry.

Also if the games you want to play don't use the analog LR buttons, then it should surely work.

I have had no issues running gamecube games from SD cards. They may load slower than HDD, but it is still probably faster than the laser the gamecube disc drive, So you are probably alright as long as it's like a class 6 card or higher.
Last edited by SonicMC, Feb 1, 2017

So the Wii U GC adapter makes the analog shoulder buttons not analog? That sucks.

GreyWolf said:
So the Wii U GC adapter makes the analog shoulder buttons not analog? That sucks.
Click to expand...

No. He's talking about a GC->Classic Controller adapter.

The Real Jdbye said:
No. He's talking about a GC->Classic Controller adapter.
Click to expand...

Sorry my post was a little confusing. Let me clarify:

Official one works wonderfully with analog LR! This is my Recommendation.

???? Don't know because I can't find mine to test. There are also multiple revisions to the product which doesn't help with testing. Might support analog LR, might not. Might depend on model or company making it. Don't recommend because on mine it would never stay plugged in... One little bump and

Official one Works Great, has analog LR. Recommended, however I don't like the button layout for gc games.

Official and Hori one works but has NO ANALOG LR, not recommended.
Last edited by SonicMC, Feb 2, 2017

@ gudenau: Oh it was my fault. A moment ago
Chat 1