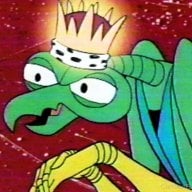 I had USB Loader GX working fine on my Wii for many years...

Last time I used it maybe a month ago and had filter set to display only emuNand titles. Today, when I add a check mark next to Wii games in filters then click OK, I get DSI error. I can enable/disable EmuNand & GC games without an issue.

Has anyone seen this issue when using filters? I am guessing some Wii game data maybe corrupt and causing crash when trying to load it. Is there a way to reset game list or config file? Any suggestions?

it crashes when you click OK to validate your choice to display wii games too? or directly when you check the checkbox from that window?
I think it's not the option which has a problem, but one of your wii game that it tries to read when generating the wii game list to display.
the game list is re-generated on the fly, there's no cache for the list. there is though a cache for used titles, but it's the same cache file used for emuNAND and gamecube so it shouldn't be a problem. If you really want to reset the cache, you can delete the title.bin in the loader's folder.
(or maybe disable title cache in the settings, reboot, reenable it. but i'm not sure it deletes it)


did you try to enable only the wii games? (disable emunand and gc). I suppose you did and it won't help.
another idea before looking at the game's corruption, it could be the HDD partition is not correctly setup.

go to settings > hdd menu > look at the first option.
that option tells you the partition used for wii games. If your hdd partition is FAT32 and you read "ntfs" or "wbfs", then there's your problem
even if it seems correct, just click on it anyway to force a partition refresh and select the proper partition again if you have more than one.
Do not enable the "multi-partition" option, keep the "usb port" to 0.

if it still crashes, try to load Wii backup manager, and follow this setup guide to rename all your game's folder and fix their path.
https://gbatemp.net/posts/7592791
by using "Automatically update storage convention on partition mount" option, it will check and rename all your games every time you select your partition in the program using the wiitdb.xml (titles.txt option).

at the same time, look if you see any strange value (game size 0byte for example)


if it still crashes, try to move half your games to another folder (usb:/wbfx/ for example)
try again, if it crashes, try the other half (put everything back, move other half)
if it works, then you know the issue is in the "half" you tested. from that half, halves it again and repeat until you find the problematic game.
Last edited by Cyan, Jan 16, 2018

Thanks, I poked around and was able to get USB Loader GX to display Wii games.

I am guessing xml file was corrupt and needed regenerated.

Thanks for the pointers!