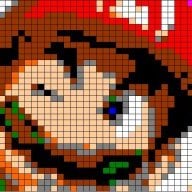 Who did/will/would you vote for? And if there's one thing you could've changed about the race, what would it be? (such as how almost all of the ads are negative)
Reactions: AlanJohn

All the adds are negative because that's how politics work. They all are snakes and if I could I would not vote for any of them.
Reactions: AlanJohn 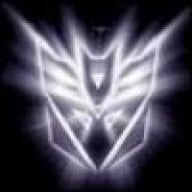 431unknown said:
All the adds are negative because that's how politics work. They all are snakes and if I could I would not vote for any of them.
Click to expand...

umm you dont have to vote for any of them?
Reactions: AlanJohn

No, I do have to vote for one of them if I want to feel like I have a say in anything.
Reactions: 1 person

I am voting for Obama. I lived under Mitt's ruling in Massachusetts and he had a great job destroying that state and I am pretty sure under Newt and Rick, Mike and I will be treated like criminals, as would the rest of the gay community.
Reactions: Anon10W1z, Harumy, CorruptJon and 3 others

I am voting for Mr. Obama, because he can sing Blues.
Reactions: 1 person

I'll probably vote for Obama again becaue none of the GOP people have impresed me in the slightest... on the other had, I'm increasingly starting to think it really doesn't matter, as the other party will sabotage whoever wins anyway.
Reactions: 1 person

When I listened to some debate thing they did and the candidates talked about how they were gonna change shit...I lol'd. They all wanted to cut out all the services helping the lower/middle class citizens while benefiting the upper class, and none of them were the least bit ashamed that they were gigantic douchebags.

Poor Obama is the best president in years but he's always getting shit on because he had to deal with Bush ruining the country, and all the slander campaigns against him. It's tragic but if and when someone else is voted in i'm betting they'll just drive the country into the ground. I don't think people realize what Obama has had to work with thus far. They think it's all sunshine and rainbows and Obama can just do a magic trick and make the national debt disappear.
Reactions: 9 people

Obama is the only candidate worth a darn, The GOP all suck and they are sexist pigs who need to get with the times, the world is evolving and they have stopped evolving.
Reactions: The Catboy, AlanJohn and (deleted member)

Obama because he would do the least worst job.
Reactions: 4 people
Y

Obama is terrible but I'll vote for him again to protect the surpreme court from repub idiocy
Reactions: 1 person 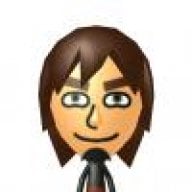 yuyuyup said:
Obama is terrible but I'll vote for him again to protect the surpreme court from repub idiocy
Click to expand...

He's only bad because he was left to clean up Bush's shit. It took Bush 8 years to fuck up America, it's going to take twice as long to clean it back up.
Reactions: chris888222, CorruptJon, Langin and 7 others

However... Obama wants to INCREASE the debt another couple trillion. That won't fuck up the countries economy at all. And he ended the space program. What are our enemies gonna do? PUT WEAPONS In SPACE. What happens if were not there to stop it? They'll blow the shit out of us.
Reactions: 2 people

The Catboy said:
I am voting for Obama. I lived under Mitt's ruling in Massachusetts and he had a great job destroying that state and I am pretty sure under Newt and Rick, Mike and I will be treated like criminals, as would the rest of the gay community.
Click to expand...

Catboy is correct, Nasty Newt would do the most he could to hurt the gay community. Sanctorum would work to make our laws closer to the bible. I don't even know what Mitt Romney stands for..... So I'm voting for Obama, he's not the best president. But he's better than all those god damn bible thumpers.
Reactions: 3 people

NeoSupaMario said:
However... Obama wants to INCREASE the debt another couple trillion. That won't fuck up the countries economy at all.
Click to expand...

~43% of the current United States debt was under George W. Bush. That's a lot. Much of the debt increase under Obama has been economic recovery policies. The national debt would be a lot less of an issue if the Republicans would allow tax cuts for the rich to go away.

I'll be voting for Obama for the second time.
Reactions: 3 people

I hope we can vote for the president as we are part of US. If we are able to vote I'll vote for Obama. From all of them he's the onlyone that has showed interest in resolving our status.
Reactions: 1 person

When you work with a population this big, there is no such thing as a win-win situation. Every decision is going to have some advantages and disadvantages. So the idea of politics is to take all of their proposed decisions and show the disadvantages of them completely blinding from the advantages.

I will not be voting because the system is broken. In a true democracy, each vote is supposed to be independent from each other. However, there is a large amount of influential factors that nearly every vote is dependent on other people. This is not democracy, it's a broken system where large media and wealthy people have control over the masses mindset.
Reactions: 2 people

Obama is a great president. The sad fact is that most Americans think that Black people are magical creatures when they are just human like they are. They make mistakes and try to solve their own personal issues like everyone else does. Anyone with a brain would realize that it's going to take more than one term to fix the American economy. Bush fucked it up real good. It's what he did best. Fucking stuff up.
Reactions: 2 people

[poll]US elections: Has your voting habit changed since 2016

What if it's Trump OR the republican party?

The Theories of the 2020 Election Conspiracy