I was borrowing my friend's Lexar MicroSD 1GB to use on my new Acekard 2i while I wait for my MicroSD.
So I put all my homebrews and apps that I downloaded to the MicroSD. A few days later, I got my Acekard 2i in the mail from DealExtreme. Before I inserted the MicroSd into the Acekard 2i, I replugged in the microSD to add more apps in it plus the acekard kernal/firmware. After that I put it into my acekard and opened it on the Ds. I found that some apps that I tried to click was not working and had missing icons so I select a random app with a icon present. Then my Ds had a black screen with loading on the bottom. I waited for a long time but nothing happened so I inserted the MicroSd card into my computer to check on it. My computer says that there is no media inserted or the card was unreadable. So I googled online for a solution. I tried everything but nothing worked

None of them worked. The only success that I seem to have on reading and formatting is my friend's Glyde SCH-U940 but after I formatted from it, it still unreadable via computer and camera. Format still fails as well.

My Acekard 2i is also still stuck on the loading screen, I have found solutions for that though, I just need solution on fixing the MicroSd card. 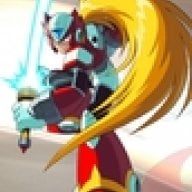 Try formatting with the Panasonic Formatter. It sounds like your card is corrupt. Did you dismount it before removing from your computer, or did you just yank it out?
S

I tried that, and yes I removed it properly with Safely Remove. I also read how putting .nds files at the root of the MicroSD is bad for the card and could lead to corruption. I did put alot of my homebrews in the root of my card about 12 of them.

Do you think this is the problem? Any ways I need to get this card to work again. The Glyde confirmed that the card is inaccessible. even though you can see the folders it created and format it.

No, putting ROMS in the root should not corrupt it. However, for organization purposes, make a games folder in the root and put your games in there. Whether a file is in the root or not, the file is physically stored on the same sectors on the card (unless deleted and overwritten), just the directory structure info is changed.
S

Then is it just the MicroSD that consequently died on me when I put it into the Acekard 2i, it seems like it. I will be trying to use another MicroSD and see if it does the same effect.

But for now any fix that could work? 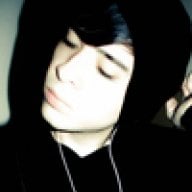 try to reformat it with a black berry..yes the phone from tmobile trust me that would help ive done it with my micro sd that didnt work...im was saved thanks to my sis black berry...
ive tried the panasonic converter stuff but it would freeze and never format my micro sd
so i just use my sis phone and it works perfectly

try to reformat it with a black berry..yes the phone from tmobile trust me that would help ive done it with my micro sd that didnt work...im was saved thanks to my sis black berry...
ive tried the panasonic converter stuff but it would freeze and never format my micro sd
so i just used my sis phone and it works perfectly
S

Ok, I will try that. But does anyone know why it the MicroSD just sudden gone corrupt?
S

Does anyone think the card just failed on me or is it the Acekard that bricked the card.
S

I found that the MicroSD card itself was the problem. Other MicroSD works fine.
D

i had the same problem. i couldnt do anything about it. so i got myself a new card.
B

i had that problem too. . I'm putting movies on it, but i do check the memory space first to see if its full or not, then after 25secs it hangs, i waited for an hour still nothing happen it still on hang so i have no choice but to pull it out without safely removing it on computer. In short i just yank it out. Is there any fix might solve our problem? please?

@ ILeo: nvm i had to change the usb folders name to "GAMES" 34 minutes ago
Chat 1