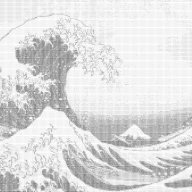 tl;dr: You can transfer levels into Levelhead via save data and quite a lot of the game is accessible without a linked account or talking to Nintendo servers.

Levelhead just released and is a highly underrated contender to Mario Maker. After the first few tutorial levels it appears to require talking to Nintendo as 90DNS blocks the attempt, presumably to look for a linked account, and you're unable to move on. My quick, novice inspection of the game's files suggests it may be possible to bypass this requirement. Perhaps someone more experienced could make something of this.

Levelhead was made with GameMaker. I found Altar can extract its data.win but I haven't yet managed to repack it. The 'strings' json can be compared with that of the Steam version, which also just had its full release. The Switch version contains a few Switch / Nintendo references that the Steam version doesn't, and the latter contains a handful of references to Steam and a bunch for Discord. There are also what appear to be graphical changes, which don't seem too consequential, and something about a spiky object's reduced update behaviour, which might be worth changing.

Apart from there being some easily edited, significant plain-text stuff on offer with an alternate platform for point of comparison, I believe there was talk of cross-platform-play and the game is intended to be the same experience on all platforms. I'm guessing much of the Steam version's settings and behaviour may be unlockable. I think it may ultimately rely on a third party 'Rumpus' account by the developers too, not Nintendo. Maybe I'm wrong but it looks like a great opportunity.

Nintendo Switch Sep 13, 2020
Jewtwo
J
C
ROM Hack Is this a safe way to transfer saves from a clean to hacked switch?