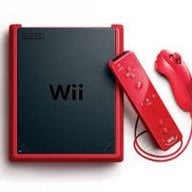 I hacked my wii a LONG time ago and it has worked very nice with no problems installing anything at all.

I recently have tried to install SENS9xGX on my bud's wii and my other friend hacked it for him.

I have had problems loading SNES emu error reading install ios58 before use, exit. Same error with the forwarder. I tried installing ios58 several times and it also says that it cannot be installed, I have read that I should just use the .wad installer for ios58, but I am a newb and do not know where to look and have googled several help posts that end in another dead end.

What program can i use to see what is on this wii with maybe a prinout/file dump?

If I force an install of ios58 could it brick my wii?

Is there an all-in-one updated package that would fix all my problems while not deleting my saves or corrupting my data alread on the wii for my games/saves/etc.?


Keep in mind I am a full on somewhat noob to the scene so links and locations to things would be helpful.


*Another problem I was facing was his VC games work fine but when i move them to SD to save blocks they wont play... any reason?

Look at the top of this forum for the topic about modmii. It's a computer app that can download all the files you need to hack/update your wii to get everything working properly.

Just use the wizard guide and tell it your wanting to update your current mods. It will ask you a series of questions then based on your answers it will download all the appropriate files you need and give you a custom install guide on how to use everything.

Thanks for the quick reply, I just got home and the only question I have now is....

thanks again in advance!!!


Oh also if i use the wizard and choose my options will the re-hacking and updating of my system delete anything from my saved games/hard drive??

This worries me since it's not my Wii and I am trying to help a friend get his full functionality of his system I think darkcorp or w/e was installed .. not sure so everything to me is weird.

Modmii will give you the right files to hack 4.3u and yes discless works (did it myself to see).

I redid his wii and installed a cool blue theme and now everything works as it should without issues!!!!!

P
Hacking USBLoaderGX Kicks Me Back Out To Homebrew Channel