Hey there. I have a ps2 slim that I bought used from GameStop a year and a half ago. It used to run fine, seemed like it was in excellent condition.

I've since moved, and I'm not sure if it shook around a bit in the car on the drive from AZ to NM. Now, it randomly boots into the memory card browser when turned on, or it doesn't read my discs at all. Sometimes it works, but 80% of the time it doesn't. I also had it sitting on top of my 360 since the slim is lightweight, to save space, and I've noticed the console start to vibrate sometimes almost as bad as my dual shock controller.

Time for a new system? Not sure if something is wrong with the disc drive, which died on my other. This would be PS2 #3.

Probably. PS2 is around $30 (At least at my Gamestop) anyway so it shouldn't put much of a hole in your wallet. 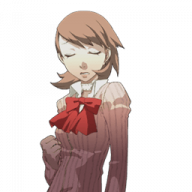 I'd say stock up while you can. Just buy an ass-ton of them. Keep a few to hack or whatever. Give them away as gifts. Hell, I even know people who buy Wii's and Harddrives, hack the Wii's, and sell them for a profit.
Thieving and Caniving? Yes.
Making excellent money? Yes.

Lol my ps2 I only use for retail gaming.... No hacking, but thanks.

I have a local used store I love to support called Gamers Anonymous, which is retro as hell and carries everything from the Atari 2600 to the present. I actually stopped going to GameStop, and their price doubled. This one was $30 when I got it, and now the slims are $60. Eww. GARetro will sell me one for $50, and that's fine. I love them, been going for years. <3 I'll stick it out for as long as I can I guess, or maybe Friday I'll replace this guy.

If I can sell it to GameStop for $5 credit, I'll be happy, that's $5 off Touch My Katamari (Vita) 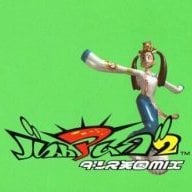 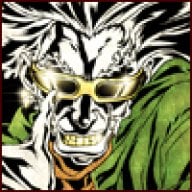 Even if your laser is dead, it doesnt mean that your PSTwo is. You still could use it to play games using SMB (you only need to connect it to a PC via a cross wired cable, and using OPL). Or USB - but it is not as good as SMB (slow & laggy, especially during cutscenes).

When was the last time you gave it a nice clean? By "nice clean" I also mean opening it up, checking all the connectors, getting rid of all the dust, cleaning the lens with high volume alcohol (pure spirit recommended) on a q-tip etc.?

Consoles, especially old ones require regular maintenance - if you don't take care of them by cleaning them up and placing them in dry places with plenty of space for air circulation and no vibration then they won't enjoy a long life.

If after giving the PS2 some love and elbow grease it will continue to act up, it may need some spare parts or you could just buy another one, but I have a piece of advice for you.

Hacker or not, get yourself a copy of FreeMCBoot on a legit Sony memory card and dump all your games, then load them either from an internal HDD (there are mods allowing this for the Slim), a USB stick/USB HDD or via SMB Network Sharing. Why? Because the laser is precious and there will be a time when finding a replacement will be difficult or at least pricey.

Legit users of disc-based systems should hack them for alternative methods of game launching specifically for the backup benefits not to pirate but for the system's health.

Using FMCB and a non-disc-based backup loader is both a convenient alternative to juggling DVD's and a foolproof method of keeping the system and the discs in good shape.
Reactions: SmokeyTheDog

I don't know the first thing about opening and cleaning a system... I tried looking it up and doing it with my DS lite and resulted in breaking the console.

This slim is a 77001 model and it gets a bit of use from time to time. Not sure how new it is as I bought it a year ago used, but the model number might give me an idea. I don't see a lot of dust in it so that may not be an issue. I opened the disc lid and peeked inside.

If I nudge the system ever so slightly, I get a disk read error- "please reinsert the kingdom hearts disc" and as I mentioned, I usually have to try a couple of times to get the game to load. The lens did not appear to have any dust on it, and of course, I've never touched the lens. I can read the Japanese and English warnings loud and clear haha.

Might I add, any and all vibration is coming from the ps2 itself, as the Xbox 360 underneath it is usually always off. There isn't much dust on my desk either, as I keep it very clean.

I appreciate the hacking alternative, but I don't think I will do so because requiring my laptop complicates the setup tenfold, and I am not a modder. I prefer the simplest way to get it working.

I'm thinking of getting a ps2 compatible ps3, used of course, but first I need to pay off the damages to my car before I can afford it...

Xarsah16 said:
If I nudge the system ever so slightly, I get a disk read error- "please reinsert the kingdom hearts disc".
Click to expand...


Sounds like the rails the lens is placed on are not aligned correctly, covered in dust or worn off, hence shaking it has some effect on reading. Alternatively the system thinks you've opened the tray.

As I said earlier, you should open it up before throwing it in the trash - it's nothing like a DS, it won't crumble in your hands. Have a look at disassembly videos and follow the instructions, maybe there's a quick fix to your problem.

Foxi4 said:
Sounds like the rails the lens is placed on are not aligned correctly, covered in dust or worn off, hence shaking it has some effect on reading. Alternatively the system thinks you've opened the tray.

As I said earlier, you should open it up before throwing it in the trash - it's nothing like a DS, it won't crumble in your hands. Have a look at disassembly videos and follow the instructions, maybe there's a quick fix to your problem.
Click to expand...

Sounds like it, but to someone who doesn't know any better, I will need to investigate the alignment. Thanks for the tip. I'll look into it on my day off, and maybe ask the local game shop I go to and see if the owner or staff see something is wrong. I guess I'm afraid of opening up this system, because of my lack of experience and huge fuckup last time.

I fear I could get it working for a bit just fine, but then later down the line it'll just completely break down... Gah I'm such a pussy

Xarsah16 said:
Gah I'm such a pussy
Click to expand...


Pretty sure that's a good thing when you're a woman - definitely better than being a dick at least...
Reactions: Xarsah16

@ RichardTheKing: Okay, how do I disable that "GBAtemp wants to enable push notifications" banner at the bottom of... 17 minutes ago
Chat 1