Apple This can't be right:/ 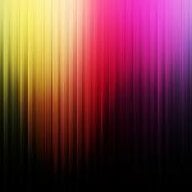 Just a week ago...
I was 'watching' YouTube videos (listening, music

)
With my ipt 4g
While watching a vid, it just stopped. The rest of the vid didn't load yet. Which is.. Well...
Not bad or something but just meh-ish. So I reloaded the vid. Encountered the same loading problems. Restarted device after trying a few times more. But, didn't work.
Took my ipt 2g no loading issues at all.
Dl'd speedtest app on both devices.
Speedtest'd both. Ipt 2g had 10x the download speed, around 4-5 times higher upload. Only the ping was lower (better) on the ipt 4g around 10 lower.*
Somewhat ignoring it I tried I again next day. (might have been some random noob problem that fixes itself) same results

Details about my speedtests: first test, both at the same time.
Next test ipt 2g. when it finished, ipt 4g.
Ipt 2g won both (@ 2nd test, ipt 4g had somewhat higher speeds)
Next, same two tests without my silicon cases. 2g won.
The Internet results of the 4g were poor. Around 10KB/s
2g had most of the time 1000KB/s+ (with a max of around 1800)
Before the first mentioned YouTube problem my speeds were around 2MB/s
(wait, I had speediest earlier lol, do not want to edit -.- this is written on my iPod)
It is not the Internet's problem either. It's supposed to have great speeds ^^ (and it does, except for my ipt 4g)

Tests have also been done at a different router, where the results were even worse for 4g

Something similar happend o me the other day on my 3rd gen, but i couldn't even scroll onto the second page. I just backed it up and restored it. Which was a shame as it was on 3.1.2 and now I don't have stacks and cydgets. So try backing up and restoring. If that doesn't work take it to the apple store.

Ever heard of a PS3 that won't read movies but will read games?

S
Hardware GBA games get corrupt and glitchy at some point during gameplay and menus.