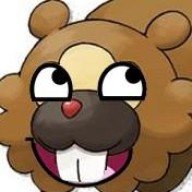 preface: sysnand=9.2/emunand=10.3 and they're already unlinked.

I was trying to get FBI set up on sysnand through rxTools and was having a bit of trouble. From what I gathered, it failed to get the tmd, and from what I was reading, I'd need to go get my version's equivalent. According to rxTools, that was v2501.

So I went and downloaded the .app and .tmp from here and threw them in the root of my SD card. Tried again, and it worked this time.

...or so I thought, because now the Health and Safety app doesn't exist on sysnand.

I've gone ahead and used this to download a replacement install through 3DNUS and I've got the CIA ready to go, and after triple checking, FBI on my emunand says that there's no install for that TID on my NAND right now.

Just wanted to double check that it's a good idea to install this to the NAND since I'm kind of winging it here. I'm first going to try restoring H&S before trying to inject FBI on top of it again.

This just in: I'm a massive retard. This is supposed to happen.

On the off chance anyone else gets to my point and is also confused, all you have to do is boot sysnand through rxTools and your modified H&S will show up.

Thread can be locked or deleted.

A
Homebrew After Changing region JPN to USA, it deleted my CIA apps like FBI and refuses to open Homebrew

Nintendo 3DS Jun 3, 2021
Amputance
A
D
Hacking This happened me after deleting a game with FBI

Hacking Nintendo 2DS Error; I Can't Turn My 2ds Without Getting 'No CTRNAND' PLEASE HELP