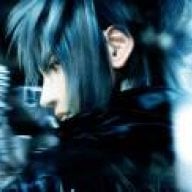 I have only tried this with the beatles rock band since I have my DLCs on emunand (used rudi's rb&gh dlc tool since music shop is closed down). So the main problem is, if I play TB:RB on emunand, I have access to the DLCs but not my save so I have to start the story all over again. If I play it on real nand I can't play the DLCs but my progress is still there.

As much as possible I want to launch all my games in 1 interface so is there a way to access these DLCs when I launch the game from real nand instead of starting emunand everytime? If not then launching neek2o everytime is not that bad I guess.

EDIT: I forgot to add, when launching TB:RB on emunand it says "Save file cannot be read" or something like "the path isn't there anymore"(?) Sorry I can't recheck right now. Then it proceeds to create new save.

Solved, I used save manager gx and launched it through hbc then extracted the save on sd, then I launched it again through the emulated nand (uniiloader), browsed my sd then installed the extracted save. I also had to create a save on the emunand first so it could install.