I've been trying to trying to get this to work, using all sorts of different settings, but in the end, I always end up getting some variation on the static you see when the refresh rate is different than it's supposed to be.

I'm not sure how I should set the video settings. I'm trying to play The Sims 3 (PAL version) on my Wii (NTSC), which has its video settings on normal 480i. I'm not sure what to force in NeoGamma, what to patch - What can I do to get this to work, if anything?

Yeah I have no idea. I would also like help with this. I'm using USB Loader GX and can't get it to work at all. I reallllyyy want to play The Sims 3 on the Wii.

Just select ntsc in video settingof the game in the loader.

If that does not work try the pal setting to see if the game work with your loader. the video work work correctly but you must hear sound. If you don't hear sound theres problems perhaps with cios or ios that you should update. If theres sound the game wont just work for now in NTSC.

IMPORTANT Come back here to tell us what you get you might help poeple by doing that.
L

Here's some tests I did with various settings:

All Default Settings (Force Video: DISC, Patch Video: NO): Screen flickers blue repeatedly with message in background, "The disc could not be read. Refer to the Wii Operations Manual for details.", disc drive ceases to spin. Reset button returns to System Menu.

Force Video: PAL480i, Patch Video: NO: Screen flickers blue repeatedly - same as on all default settings with message in background. "Disc could not be read." Reset returns to System Menu.

Force Video: PAL480p, Patch Video: NO: Screen flickers blue repeatedly, but the game is running behind it. Game is clearly running, as main menu sounds can be heard, along with music, and the disc drive is reading. Farthest I've gotten, which is funny, because my screen is 480i, not p.

Force Video: MPAL480i, Patch Video: NO: Screen shudders for a moment before resulting in vertical gray bars. Does not run. Frozen.

If it work in pal video theres no fix.
Get the NTSC version or get a TV that support pal signal...
sorry 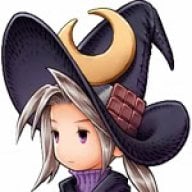 I once tried every setting on the Wii to get an NTSC-game running on a Pal machine. At the end of the day it turned out to be as simple as changing the settings on my tv. Modern tv's have the option to switch between pal and ntsc. Maybe that would do the trick in your case too.