yeah, friendly or not? cause i'm seriously doubting that it's possible to rom hack with Windows 7. everytime i run a compression program with LZ77, the program freezes. whenever i run a Tile Editor, i get only the top line, and it's usually random pixels that look like a 3 year old finger painting. again though, only the top line >_<

haven't really had any problems with the hex editors though, they seem to work no problem. it's mostly the LZ77 that's the major problem. can't do anything to a game without it. 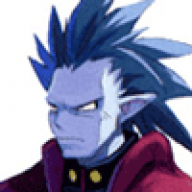 Have you tried setting the programs to run in compatibility mode for Windows XP?
G

just tried, and failed >_< LZ77 still freezes for NL Compressor. i'll try CrystalTile2 now. damnit. yeah, froze when i loaded the BIN file with CrystalTile2, but this time i was actually able to select a file to load. all the other times the program froze as soon as i went and clicked on LZ77 Compressor >_<

i love the simplicity and how Win 7 operates, but seriously, it's garbage for programs so far cause nothing is compatible unless it was just updated to be compatible >_
G

bah, just great >_< CrystalTile2 is frozen and stuck open >_< i have to restart my computer. damn thing won't even close if i tell it to "End Process" >_
G

XP Service Pack 3 didn't work. i won't even bother with trying Win 98 mode. it's glitchy and barely works, unless i completely restart in 98 mode.


i'm extremely tempted to erase this laptop and install Win XP Black Edition, but that would void my warranty >_> stupid Acer >_

I tried my BatchLZ77 on Windows 7 and it seems to work fine.
G

yeah, so i've now tried all versions of XP and Vista for compatibility and all have failed >_< my only guess is that LZ77 can't be used in Windows 7's 64Bit mode, and i haven't figured out how to run it in 32Bit mode >_< i'd figure it'd be in the same place that has the "Restart computer in Win 98" thingy, but i can't see it in there >_<

does anyone else have Windows 7 on here? if so, please try using a program with LZ77 compression and let me know what your results are. i'd be both severely pissed, and happy to find out if Windows 7 can rom hack. whether it can or can't i'll be both happy and sad. if i can't, i'll be happy cause i'll know that i'm not a complete idiot after all, sad cause i won't be able to work on the translation for Zoids Saga DS anymore >_< if there however is a way to get Windows 7 working with rom hacks, then i'll be sad cause i would be an idiot after all for not being able to figure out how to get the programs to run properly, and happy cause then i can continue translating Zoids Saga DS.... talk about a "Catch 22" >_
G

DarthNemesis said:
I tried my BatchLZ77 on Windows 7 and it seems to work fine.
Click to expand...

okay this is weird. i can decompress with BatchLZ77, but i get an error when i try to compress the file back. without even touching the file in any way >_< i also have to run it in XP Service Pack 3 mode, as well as admin >_<

is there special files you're supposed to have on your computer other than LZ77.DLL? for decompression/compression? cause it seems really messed up that i can decompress, but not compress >_>

there's stuff under "Details" but it's alot. i'll post it if someone wants it.
G

i am supposed to be able to Decompress and Compress the exact same file, right? i'm not completely an idiot, i hope >_< after the last 24 hrs. i'm really starting to wonder >_
G

ya know what. i've decided to just label myself as retarded, and label my Win 7 as retarded because of me. it's impossible for me and Darth to be both running Win 7 properly or something. yeah i know i'm running a fresh install of Win 7 that's only like 2 weeks old, but there's obviously something wrong with my Windows 7 if Darth has no problems with BatchLZ77 while i can't compress with the program. looks like i'm going to have to call up Acer and tell them to fix this piece of crap >_>

so yeah, someone go ahead and lock or delete to thread. it's useless now seeing that Darth was able to confirm that Windows 7 can run rom hacks.
thanks
B

You did state that your build is 64bit... That may be the problem.

biggins1870 said:
You did state that your build is 64bit... That may be the problem.

yeah this probably is the problem, 64 bit has alot of trouble running certain apps, see if the devs made a version specificly for 64 bit 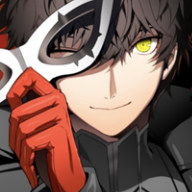 I use the 64 bit version of Windows 7 and have absolutely no problems running CT2 or any of the ROM hacking utilities that I normally use. This seems to be something going wrong on your end.

Something is wrong with your computer.

1 - 64-bit versions of windows run 32-bit programs fine, the only things that don't work are drivers, since you cannot use 32-bit drivers in a 64-bit version of windows. Some things will install virtual drivers, for example korean MMO games using stuff like Gameguard/Hackshield. In all other cases, 32-bit programs work fine (assuming they're not really old games using a 16-bit installation program, as some used to do).

2 - Changing your OS will not void your warranty, the floor/phone people just tell you that because they don't want to deal with you. Read over the warranty, it shouldn't mention anything about changing the software on the machine. If you can confirm it doesn't mention that, call them and send it in to have it fixed. If they insist they can't and refuse, ask them for their name and employee ID number or station they work at or some other info, so you can take it up with a manager. That should change their mind real quick.

3 - Describe the disc you did a clean install from. If it's got ANY company logo on it (like dell/hp), then it's NOT a "clean" install disc, it's been modified. You should run the Magical Jellybean Key Finder (google it) to get your current product key, then do a clean install with an unmodified windows disc. You know, one of the ones that hasn't been fucked with by a company, one of the ones that still has the microsoft logo and shiny designs on it. It doesn't matter which "version" disc you use, as long as it's a 64-bit disc. Home basic, home premium, business, ultimate, it doesn't matter which disc you use since every disc has info from every version, which version is installed depends on the key you give it.
S

GrampaEric said:
XP Service Pack 3 didn't work. i won't even bother with trying Win 98 mode. it's glitchy and barely works, unless i completely restart in 98 mode.


i'm extremely tempted to erase this laptop and install Win XP Black Edition, but that would void my warranty >_> stupid Acer >_
Click to expand...

Nintendo 3DS Sunday at 11:46 AM
PaiDaXing

@ Seriel: I think that's a theme bug, it happened because I mentioned you. The colour choice makes much... +1 1 minute ago
Chat 10