Is it possible to remap buttons on PS Vita for Remote play? For example RDR2 used lower angles for L2 and R2 which I find really uncomfortable. I would much rather use upper angle or even rear touch pad for those buttons.

Any ideas how does this work? 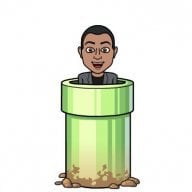 So, I've installed it over autoplugin and how do i configurate button layout now?

Virdoo said:
So, I've installed it over autoplugin and how do i configurate button layout now?
Click to expand...

Pls read the post in the link i sent you, it explains how to configure it.

I'm asking since square + start does nothing

I'll post my question here as i have the same issue, rather post here as it's the exact same topic. As kaymynd suggested i installed remapsv in ur0, but Square+Start does not bring up while remote play. It does however seem to do something as now all buttons except sticks are non-functional. What am i missing?

After testing it myself it looks like the button combo just will not work with remote play app, next best thing would be to open up any vita game, configure button combos within the game, save it then go to the remapsv folder and rename the .bin to NPXS10013.bin


Update: after doing a bit more digging looks like remapsv falls short on this feature as of right now.

remaPSV as of now allows to remap only to physical buttons so no remap to rear/front touch panels.

And that's it, it remaps all front touchpads to back touchpads. Should you need to you can change the numbers to modify the remaps.
Last edited by kaymynd, Nov 8, 2019
Reactions: Evilswine
E

That does exactly what i want it to do. Thank you very much!
Reactions: kaymynd

Glad i could help!
I

Homebrew Misc Others Ape Ecape on the Loose Button Remap?