Thank you for this!

At first i struggled to get my hdf- file to work, but i realized my hdf was inside my HD- dir where i have my whdload games are, so i moved the file elsewhere and that did the trick. Works fine with exfat too.

Now i have my workbench/tinylauncher/whdload -setup on my switch and vita and i can also play on my living room telly. 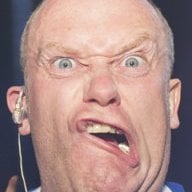 I have started getting this error playing SWOS 96/97 hdf file after the end or start of the match, any ideas anyone?

Nocturnalstev said:
I have started getting this error playing SWOS 96/97 hdf file after the end or start of the match, any ideas anyone?
Click to expand...

You could try to copy over a “fresh” version of the hdf you are using. 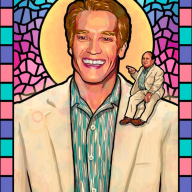 I had a play with this. Amiga is the system of my youth, trading stacks of discs at school every week circa 1991, ah, halcyon days. Thanks RSN for your work making such bounties available to ageing nostalgia-hounds such as myself.

What I found (and I'm sure it's user error) is that after half an hour of playing, I'm getting very mixed results. I think my kickstarts are good, they were the right size and I renamed them to what you said - certainly I get the right boot screen for A500 and A1200. I found:

Any ideas? Seems like lots of games have speed issues (too fast/slow) and the joystick/direction dragging thing crops up a lot. They could be well known problems, and of course it could be a ROM issue.

Also, I couldn't launch any HDFs, but I think I need to do something with an additional WHDload file before I can launch an HDF, is this right? Thus far I just put it on A1200 and bunged a load of chipmem on there because I think that's what I used to do on the Xbox version, then picked 'BootHD = File 1' and put the HDF in HD File 1. But no dice (obviously).

If anyone can help me out on these, I'd be most grateful. Amiga is the one!

I have no clue what the joystick direction/dragging thing is about, I have never encountered this problem. You could try to increase the deadzone in the menu to see if it helps, in case one of your sticks is sending the wrong signal. Try to let both sticks center themselves when you enter/exit the emulator menu. For Off-Road racer, try to disable the mouse in the menu (it uses stick control).

Games running too fast is usually an issue that happens when you have not set the correct CPU speed settings. For A500 games like It Came From The Desert, you should make sure the speed is set to 7 MHz in the settings, and also chipset is OCS and CPU type is 68000. I will test this game at home and see if it works ok for me.

Concerning Prince of Persia: that is a known problem.

Note my GitHub release notes have a section about known problems and solutions:
Games with known fixes
Games with no fixes (or unknown fixes)

AH grand, thanks for this. So it seems it's not an endemic problem as such, just unlucky game selection. ICFTD was definitely default settings, and running like 30-40% too fast (the intro speeds to the end without finishing the audio track, for example). POP makes sense, and with the stick-drag thing, it may be that I had a direction pulled when I launched either the game or the emu itself (I tend to test things out a bit hurriedly) so I'll watch for that.

Will definitely test some more and let you know what I find...

Another thing to check: Use 50 Hz (PAL) setting, not 60 Hz (NTSC). Almost all Amiga games are PAL games, and run too fast or have glitches with 60 Hz NTSC setting.

I added Reshoot-R to the list of games with known fixes on the github release page (https://www.github.com/rsn8887/uae4all2/releases/latest)
Last edited by rsn8887, Jun 10, 2019
Reactions: Tebra and hippy dave 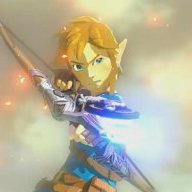 I can't convert Amiga emulator NRO to NSP it give me key error can anyone make it a little bit easy for me ? 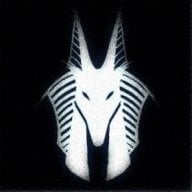 I'm trying to run the v1.95 on atmosphere but I can't see the executable in the hbmenu, I have /switch/uae4all2/uae4all2.nro.

If I navigate the folders with goldleaf It shows the uae4all2 folder as a hex file of 0kb. My SD is FAT32.

The archive flag causes exactly the problem that you are seeing.

When this flag is set on a folder, the Switch thinks that the folder is a file. It is used to store files larger than 4 Gb.

To fix the problem, right click your folders in Windows, select properties, and remove the checkmark next to “archived”. Make sure this is also applied to all subfolders and files, so that none of them has the archived checkmark.

rsn8887 said:
The archive flag causes exactly the problem that you are seeing.

When this flag is set on a folder, the Switch thinks that the folder is a file. It is used to store files larger than 4 Gb.

To fix the problem, right click your folders in Windows, select properties, and remove the checkmark next to “archived”. Make sure this is also applied to all subfolders and files, so that none of them has the archived checkmark.

Ah thank you! I thought it was something related to the zip file but couldn't fint the option.

On a side note, is there some possibility for this emulator to be ported on libretro? it would be wonderfull having it in retroarch (P-UAE core is not on the switch).


[Release] Amiga Emulator UAE4All2 for Vita and Switch updated to v1.96. I increased max. displayed lines from 270 to 286, useful for overscan games like Babeanoid. I fixed a hang in Reshoot R title screen. The Vita livearea now has the instruction manual. https://t.co/ZpKQ717Bk9 pic.twitter.com/afvMxtjdai

I can't convert Amiga emulator NRO to NSP it give me key error , can you help me?

@ The Real Jdbye: it's not a scam the referrals are real and make them just as much money as most other referrals... 43 minutes ago
Chat 0