The wii has limited space of 512 MB (I think), I honestly don't know cause is referred to as "BLOCKS" on the system. While being very low compared to todays standarts, is bad. I have some games installed as wiiware, and i would like to be able to play them. Some are small like retro city rampage, and excite bike world rally, mega man 9/10 and bomberman blitz. But I do want to add more. Problem is i can't add too many. I know is possible to copy games to the sd card, but the other problem is that if the game you wanna play is bigger than the remaning space on the System, it won't load. I think it temporary installs the game on the system from the memory card and plays it instead of just loading it from SD card. So it also don't help much. Plus it has to be loaded from system menu, so stuff like gecko codes won't work.

Is there a way to play the installed games from sd card without these restrictions? 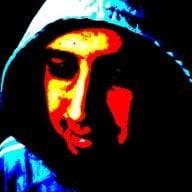 Set up an emuNAND on your SD card, then you can copy the content of your Wii or install games directly.

C
Ios80 is patched and priiloader set to region free, but getting intermittent "This channel cannot be launched on this Wii" error regarding.

@ Psionic Roshambo: Better than 3 hours late from a lockdown lol 43 minutes ago
Chat 0