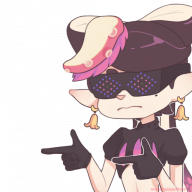 Hi! Last week my original Switch was banned, I had some NSPs installed, and I was using SXOS since 2018 June. I got a new Switch a few days ago, completely clean and it is patched.
I would like to use the MicroSD card from my old Switch, but i’m worried that even if i format it, my new Switch will risk being banned. Should I just buy a new MicroSD, or just format and reuse the old one? Are there any precautions I should take for using it again even if it’s formatted?

I googled everything, and found nobody else asking the same question. I found one post on the Nintendo Forums, but i can’t link it here since my account on GBAtemp is too new. But, if you just google “use sd card from banned switch on unbanned switch”, it’ll be the first result.
The poster seems to have been banned for checking the microsd’s storage on his PC. seems kinda silly and like he’s lying to be unbanned, but i don’t want to risk it.

and closing question, Has anybody reused an SD card from their banned Switch on their new, unbanned Switch? i know i might be repetitive but i’m just trying to play it safe. thanks in advance!

You are highly unlikely to be banned for the files on the SD card, and if you format the SD card, your ban risk is virtually zero.

If you're paranoid, you could write zeros to the free space on the SD card, but that's not recommended, as it will reduce the lifespan of the SD card.
Reactions: Draxzelex

L
Transfer N64 save state to another sd card?

Hacking Is there a way to transfer save files from a BANNED CFW switch to a regular unmodded OFW switch?