Hacking Quadforce shutting down the Wii

I've been trying to find an answer, instead of posting in random threads, I'll try a brand new one. I've done many tests but have not found a solution.
If I install the proper .app files to the emuNAND, then load the games with Wiiflow using the boot with Neek2o option from the Channels page in Wiiflow, it loads like normal but as soon as it reaches loading Quadforce, bam Wii shuts off to red light.


Dios Mios works great from my HDD, its always been formatted properly and completely compatible. I've been able to boot into Neek2o but only randomly, and since it takes about 15 minutes for Neek2o to load I don't try very often.


In the latest rev of Neek2o, its freezing with my HDD light lit and the slot light lit. The betas never really work right so I don't think this matters much.


I know others are getting this issue, have you resolved it? Any help/info is appreciated. 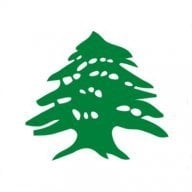 what happens when you use app or bin for QF 0.1 (old version for GP games on SD only)
AFAIK only SD revisions of QF work in neek2o with sound issues.
Did you try 4.0 with games on SD too?

Yes I've tried both 4.1 and 4.0 in neek2o mode. Will try early version and report back.

@ ChrisOwl: Hey! I didn't start yet, was working! But it says to backup my sysNAND, the thing is that I... 4 minutes ago
Chat 2