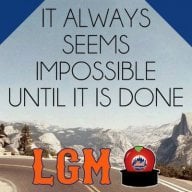 Title. Its the screen that says "the system cannot be run correctly."
It crashes most of the time with ccapi installed, but it does crash without being installed, just less often. I've been having weird issues with trophies too, and new HDD doesn't fix it, but made the problem happen lass often (maybe?).
More info, its a slim 2001 converted dex running 4.83 rebug (as i dont have proper internet to update it). Reinstalling both as an update and from scratch doesn't fix it, check file system doesn't fix it, converting back to cex and installing rex doesn't fix it, installing other cfws doesn't fix it, and i dont really know what else to do.