Okay so I have this problem on my PS3 starting today. I turned it on today, and got greeted with a message that said "Your system cannot be run correctly" it tells me to insert my controller to the PS3 via USB, and then press the PS button. Then it told me that I needed to update it with firmware 4.11 or later, to make it work. I downloaded v4.20 and inserted it into my external USB following all the directions on the Sony website(like the folders and stuff), and then once I pressed "Start" and "select" at the same time it told me checking for update, and then there was a progress bar. After 100% nothing happened, and I restarted my PS3 and had the same message. I tried to do the update 3 times, until finally now when I try to do it, it doesn't even let me and says "Your system is in a serious error" or something like that. Help? PS3 is not under warranty.

By the way my PS3 was never hacked, and it worked perfectly yesterday. I was on v4.11. 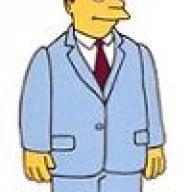 Try calling Sony's customer service line and see what can be done.

I already did they want me to pay $100 to fix it. They don't even want to help me in any way because I don't have warranty.

No I can't access the safe mode at all, I get a black screen.

Okay I just took out the harddrive, and inserted my external through USB with the update in it. I then pressed Start, and select. And now it says preparing to update, and its almost 100%. With the hard drive inside already I get the serious error.

Can you install any lower firmwares? I don't have a PS3 so I'm not sure if it's possible.

Probably not. All those guides are so complicated, whatever I guess I'll phone Sony and demand them to fix it for free. If not then I will pay.

Alright I just called Sony and the manager was nice enough to fix it for us for free. They are going to send me a box, and then I have to ship the PS3 off to them. Do you guys think my save files for everything is going to get erased?

Sounds like your HDD was kinda hosed anyway, so your saves were likely toast already.

I found something, PS3 is picky about HDD's s.m.a.r.t. mechanism. If you have a drive with APM like powersaving functions, or HPA (host protected area) enabled in the firmware, it'll freeze or cause issues on PS3.