So, my internet has been down for a few days. I haven't been able to keep up to date with the current uhh Wii scene? I've got a few questions concerning Preloader/CIOSCORP. Feel free to answer, but if you're just going to flame me, tell me to google/search; than please move on.

I've read a few threads, and from what I can tell, Preloader is basically an updated Starfall with extensive brick protection? From what I've read, that seems to be the only real benefit.

CIOSCORP, is an application? Or a bunch of wads that allow me to boot backups from the Disc channel, similar to
Waninkoko's menu patcher? Both guides seem to be removed, I can only assume that there were major problems with CIOSCORP.

If anyone can fill me in on what I've missed, I'd really appreciate it. 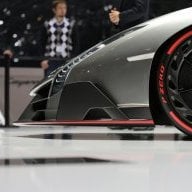 Cioscorp was a bunch of the wii's original cios's with dip7. Dip 7 is what the backup launcher's cios uses. They're weren't really any problems. We were just afraic someone was going to brick their console. There's a lot more in the Wii system menu thread.
B

preloader is what you said but more it can also install a .dol file in the wii's nand so every time you load the wii it loads that dol instead of the system menu.
and like above cioscorp is the wii's ioses with dip 7 applied to them
it allows you to play 1 to 1 backups of your region through the disc channel and both of these fixes are semi-permenent meaning they can only be removed by installing the 3.2 sysmenu of your region or all the ioses of your wii respectively

CIOSCORP has no problems. It is a pack of cIOS wads that can be installed on your Wii to give you native backup disk loading from the disk channel. The guides that were created were made without permission by inexperienced users, and they could lead to bricks. That is why they were removed. At this point we want no one to make a guide yet, as this is too complicated for noobs and there would be bricks along the way. If you want to understand it all then read through the System Menu questions/thoughts thread. It's quite a read but it is well worth understanding.
R

So which 1 is more reliable, less likely to get bricked and always work (I always hoping to get menupatcher working with preloader) all the time? Is it worth waiting for bootmii.

on my 3.2u, i installed starfall (with all hacks), the i installed preloader 0.25, and finally i followed the guide for cioscorp (search and youll find it and the package). its a long process to install cioscorp, but just read the guide, its worth it. if you are really worried and unsure. you should not install cioscorp. i say install starfall first and enable all hacks, then install preloader. after you install preloader. you hold reset to access the menu again.
B

If I install this what about with the Nintendo's Updates

they will be removed. when starfall is run there is an option to disable updates. also, if your is a 3.2 (which should be the case) your wii will not auto-update itself. 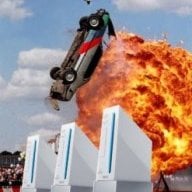 Be aware that both Starfall and Preloader are for System Menu 3.2 systems.

slaphappygamer said:
they will be removed. when starfall is run there is an option to disable updates. also, if your is a 3.2 (which should be the case) your wii will not auto-update itself.
Click to expand...

yeah my Wii is in 3.2. and the Preloader have this same function (for my girlfriend)?
P

I personally think they blew it way out of proportion. CIOSCORP is fine.

Just get the files and install them. Nothing should happen.

There is no use waiting on BootMii... Point being this...


*meaning loaders,WAD manager,etc. will probably not be compatible with the IOS homebrew uses.
Basically meaning get lost you Pirate (Who dat is?!)

This is what I have gathered from hanging about #wiidev AKA the HackerChannel IRC Channel.

**This was all said by different coders... I will not give you names, if you don't believe me, snoop for yourselves.

I am sure some people will disagree with me... everyone is entitled to their own opinions about the upcoming BootMii (I have nicknamed it BiteMii)

So basically as I see it... There will be a choice of loading a Homebrew Wii system and or a Nintendo System which has been modified by either hardmods or softmods.

Hope this helps inform you a little better in what the difference is between a Preloader and CIOScorp and BootMii... 2 completely different things! So don't get your hopes up if you plan on a "pirate's chest" feature in TeamTwiizzer's long awaited and anticipated project.

QUOTE said:
There is no use waiting on BootMii... Point being this...


*meaning loaders,WAD manager,etc. will probably not be compatible with the IOS homebrew uses.
Basically meaning get lost you Pirate (Who dat is?!)
QUOTEThere is no use waiting on BootMii... Point being this...
Click to expand...

totally right IronMask, it's what iv'e been hinting at use all the time, haven't you noticed my comments every so often that bootmii wont help pirates.....hehe so don't wait for it*
P

I've never really expected boot mii to do anything helpful for us sailors, as Marcan seems to be stepping over that line of neutrality at a rather slow but noticeable pace.

Anyways, I suspect forsaeken's cSM which is not as much protection but a hell of alot of it, will be helpful to the blackbeards in all of us. 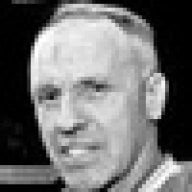 haha ya b alritey der me m8y lol

Who cares if BootMii won't help piracy. While it doesn't aim to help it won't actively hinder either, and it'll provide benefits of its own like recovery tools and the like.
D

I hope BootMii is released soon though.

A
Questions on the Powkiddy Max 2

A moment ago
Chat 1